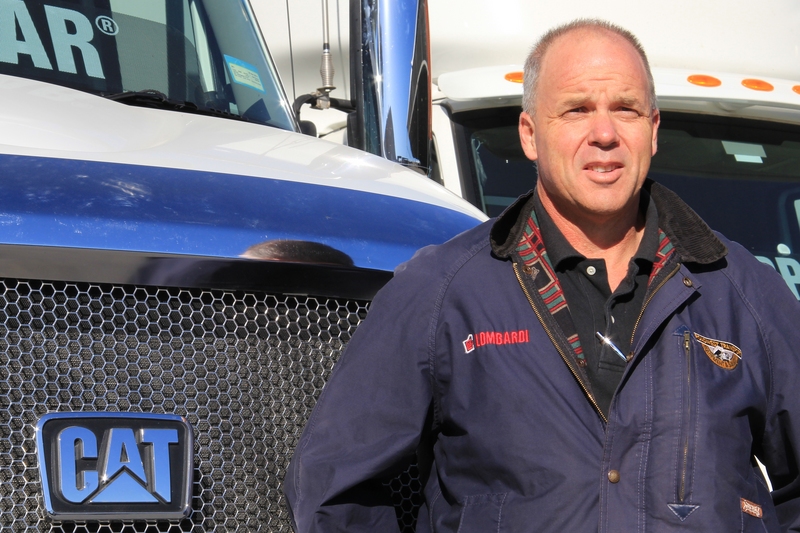 "I fix my customers' problems, most of which are transport related," Sean notes. In fact, the very name "Goldstar" - derived from Sean's school days - reflects the company's commitment to problem solving.

"You do a good job, what do you get? A gold star. I'm determined to have the reputation of doing a good job," says Sean.

To meet customers' requirements, Sean also places a strong emphasis on driver satisfaction - including putting drivers in a truck that helps them do their jobs well.

"The only way I'm going to get 25-year-olds into truck driving as a career, plus get the experienced guys to raise their view of their profession, is to give them the environment and the gear that will match not only today's expectations, but tomorrow's as well," Sean says. "Otherwise, I chance being stuck with an aging driver team that have blinkers on about change."

That's why when a new truck arrives at Goldstar, it heads straight for the workshop, where Bluetooth, GPS and various other driver aids are fitted. Sean wants his people to feel as much at home in their "office" as he feels in his.

On a major refit, the workshop adds even more tweaks to address driver needs, including a new steering wheel, new dash pad, new knobs and curtains, and refreshes to the window tint. All of this maintains driver satisfaction - and Goldstar's customers are the beneficiaries.

Cat Leads on Whole-of-Life Cost
Because he is so focused on meeting customer requirements, Sean is gratified when he sees that trait in his business partners. That's why he made the big move to Cat trucks, following a year-long request-for-quote process geared to refreshing Goldstar's fleet of heavy-duty trucks.

The winner was WesTrac, the Cat dealer in Western Australia. Its bid didn't offer the lowest initial purchase price. But after assessing service costs, parts availability and pricing, and recognising the unmatched reliability record of the Cat engine and driveline, WesTrac was a clear leader in the whole of life cost.

Another very powerful point in WesTrac's favour, according to Sean, was the number of small towns within the 500-kilometre radius of Goldstar's distribution network that had a Cat dealer with spares that could meet an urgent need on a Cat C13 or C15 engine.

But most importantly, the pedigree of the Cat engine, and the top-tier back-up from one of Australia's biggest Cat dealers, played a significant role in Sean's decision to commit big money to a brand that would carry the future of the Goldstar name and business for the next five to 10 years.

Sean will be going through the same process for his line haul fleet during the course of next year, with planned deliveries in 2014/15.

Sean can't say enough about the level of customer service he's already received from the WesTrac people in Kewdale, who worked closely with NC2 (manufacturer of Cat On Highway Trucks) management at its headquarters in Melbourne.

"The quality of the process was outstanding," he said. When he took delivery of the trucks in Melbourne, they were all ready when WesTrac said they'd be, and arrived in Perth when promised. None of the trucks missed a beat, and no rectification work was required.

Sean planned and ran the roll-out of the new fleet working closely with WesTrac. After adding the custom bits in the workshop, the trucks were ready for a final pre-delivery, and then sent straight out on the road, earning money from day one.

"Culture Trumps Strategy, Every Time"
Sean was impressed with another customer-service step taken by WesTrac early in the process. The initial production run of the Cat CT610 and CT630 trucks were equipped with Eaton Roadranger transmissions, but Sean was already moving towards an AMT fleet to minimise maintenance and maximise driver comfort and safety.

When West Australian sales manager Terry Harwood knocked on Sean's door in August 2011, he brought not only the keys to a CT630 demonstrator that had an Eaton Ultrashift Plus retro-fitted at the factory - but an open invitation to use the truck in his business, with no restrictions and no strings attached. If he liked it and it performed as expected, the sale would stand.

The truck was profitable from day one - never went back - and there are now 10 Cat trucks currently in service with Goldstar: nine in local distribution work, and one doing a two-trailer road train to the northwest, twice a week.

Goldstar's relationship with Cat Trucks continues to strengthen. Goldstar was the first customer nationally to place an order for the new CT630LS truck, which is expected to be delivered in the coming months.

The Cat dealer network is recognised as having an industry-leading policy of engagement and investment in its people, and Sean says that fits perfectly with his own views about training and future opportunities for growth. "Culture trumps strategy every time," is one of his favourite sayings.

So changing the focus of his mainstream truck brand was a big move for his business. Sean has driven the Cat CT610 and CT630 units in his fleet, and says they are not only an outstanding value proposition for the business, but are stand-out performers from a driver's point of view, as well.

"We only do good quality business, and we do it well," Sean says. "That's what's secured some blue-chip customers along the way."

Now he runs a dynamic business that in 2011 was awarded Coca-Cola Amatil's National Supplier of the Year for Transport and Logistics, an award that Sean is especially proud of.
"Our new fleet is an essential part of that story," he said. "I couldn't have done it without Cat." 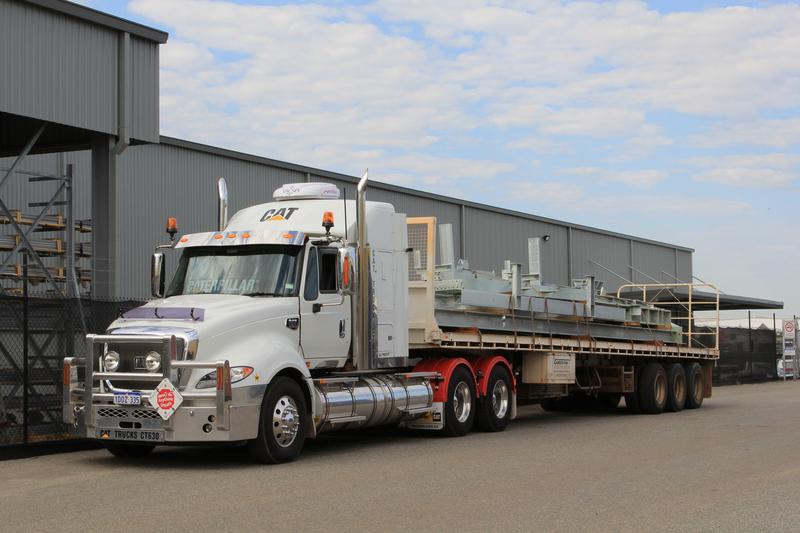 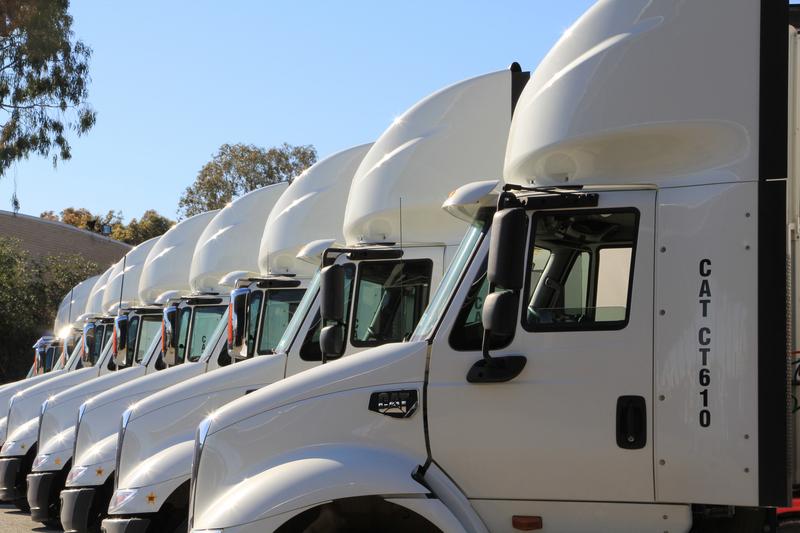 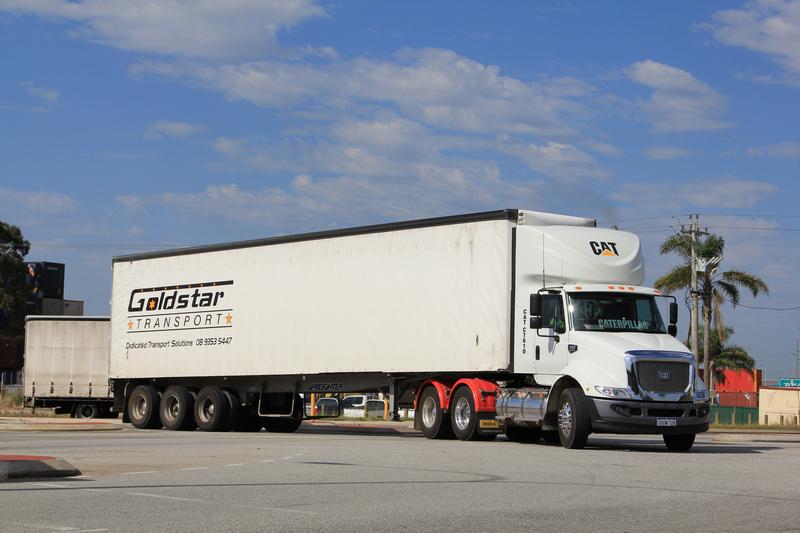