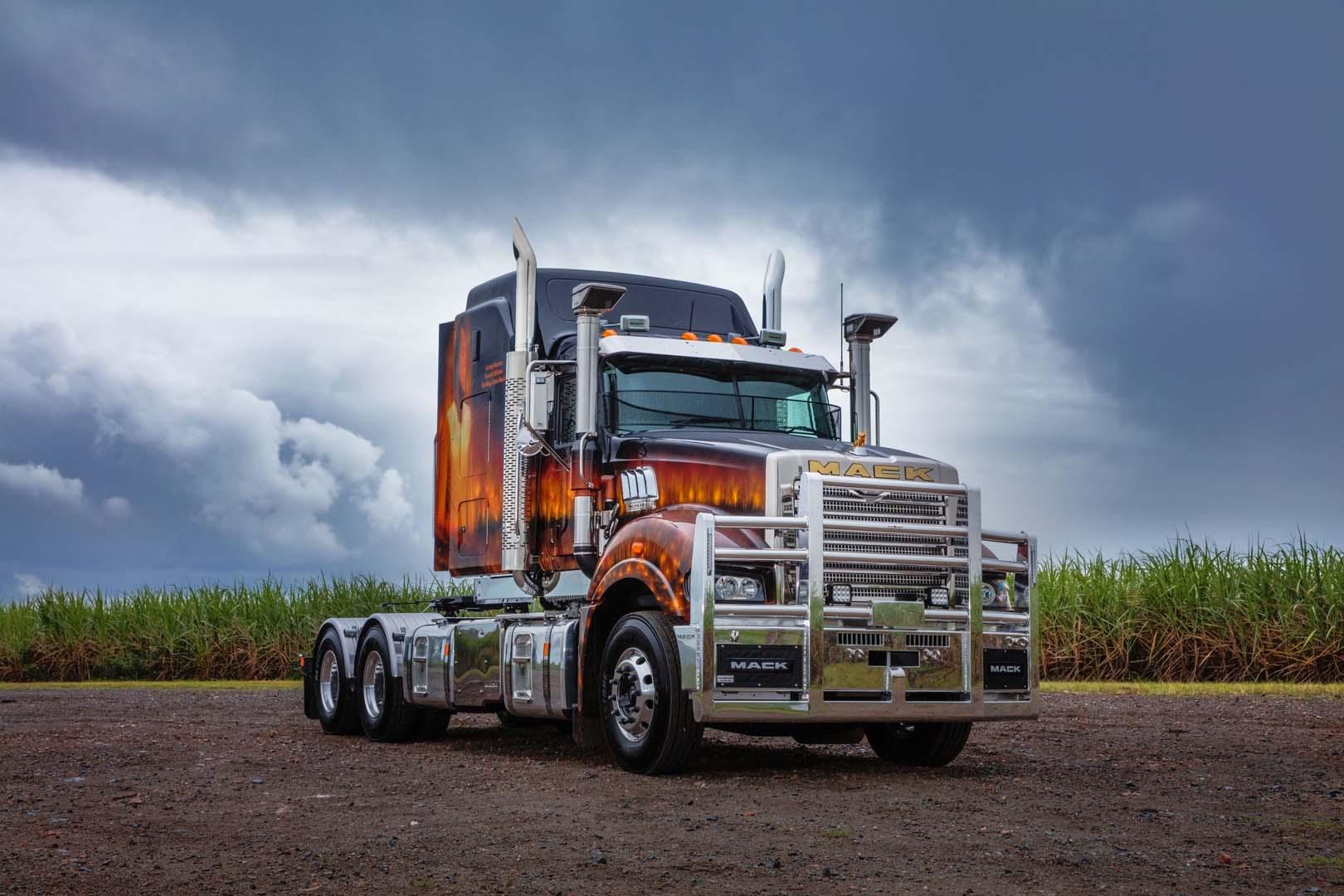 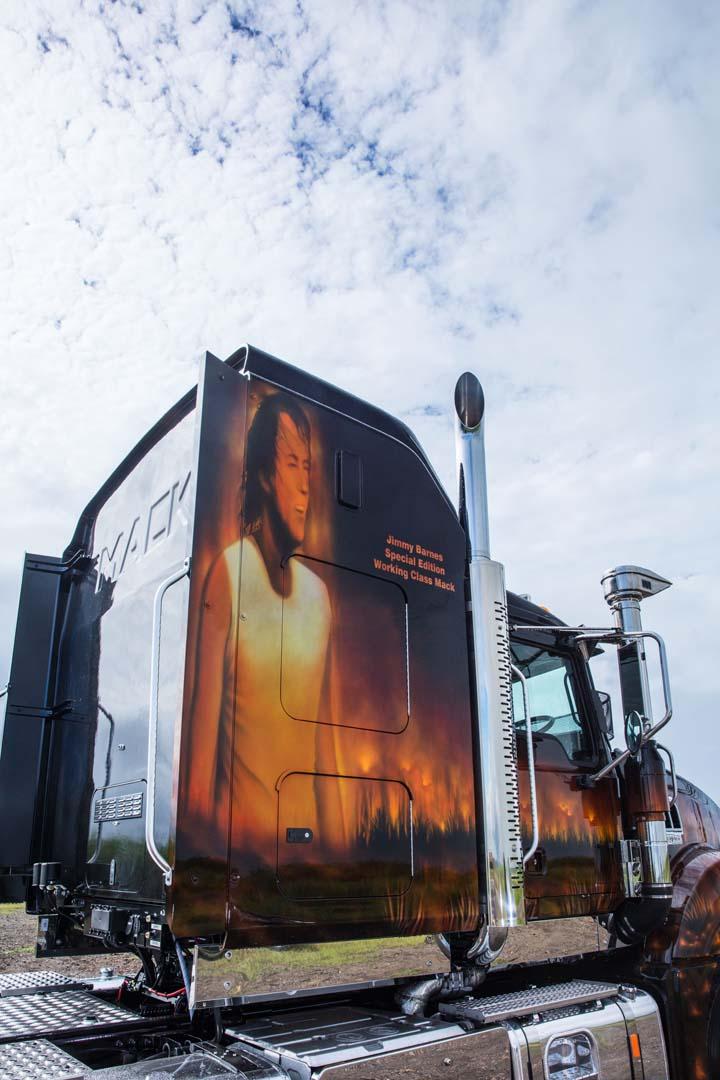 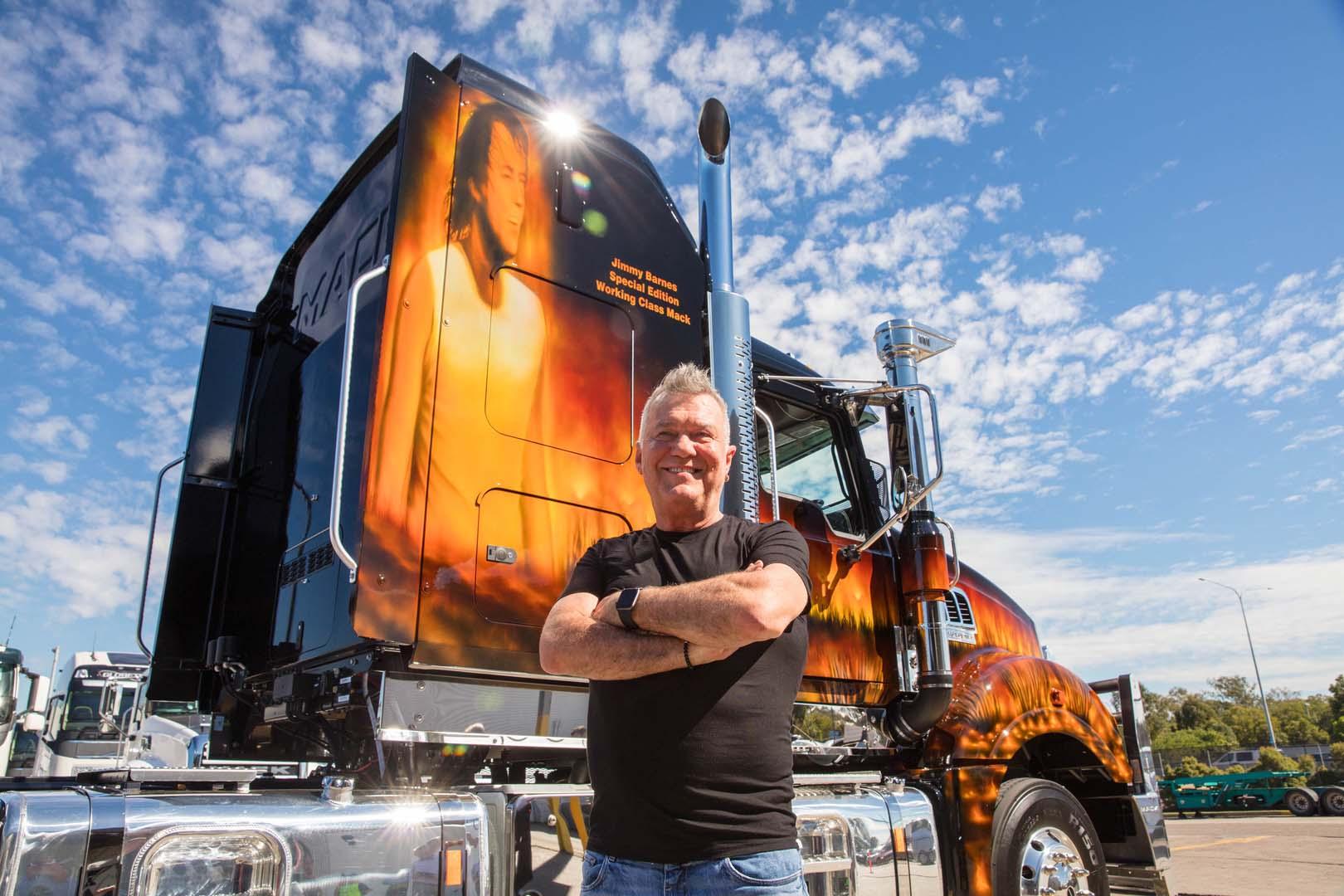 As featured in JUST TRUCKS issue #222, the current model Super-Liner was provided by Mack and fitted out with extras from King Bars, Haultech Engineering, Jost Australia and Hella Australia, all of whom donated their products to support the cause.

The defining feature, though, was the one-off paint scheme, inspired by Jimmy Barnes’s hit single ‘Working Class Man’. Executed by Bel-Air Truck Spray Painting in Queensland, the airbrushed livery covered the entire 58-inch high-rise sleeper cabin and featured images of Barnes from the video for the classic 1985 song.

Labelled as the ‘Jimmy Barnes Special Edition Working Class Mack’, the one-off Mack prime mover was revealed in May, then listed with Pickles Auctions. Profits from the sale of the Mack would go to Rotary Australia, to assist their drought relief and support programmes for farmers in New South Wales and Queensland.

Soon after it was posted to the online auction, the one-off Mack attracted strong interest, which escalated into a two-way bidding war between buyers in South Australia and Queensland. In the end, Queensland won out, with the final bid of $350,500 paid by Scott Goode of Sarita Crane Hire in Mackay.

Goode is a fan of Jimmy Barnes, so was keen to get the truck anyway, but said the real clincher was the cause: “I know a lot of farming families doing it tough, so I wanted to help them out.”

“Drought still affects 96 per cent of New South Wales and 65 per cent of Queensland, so Mack was determined to help farmers in any way it could,” explained Mack Trucks Australia Vice President Dean Bestwick. “We are delighted to make this donation.”

John McLaren from Rotary Australia said the $80K will make a big difference to farmers in need.

“It will go toward buying stock feed, helping farmers with their living expenses and providing health and emotional support on the ground.” 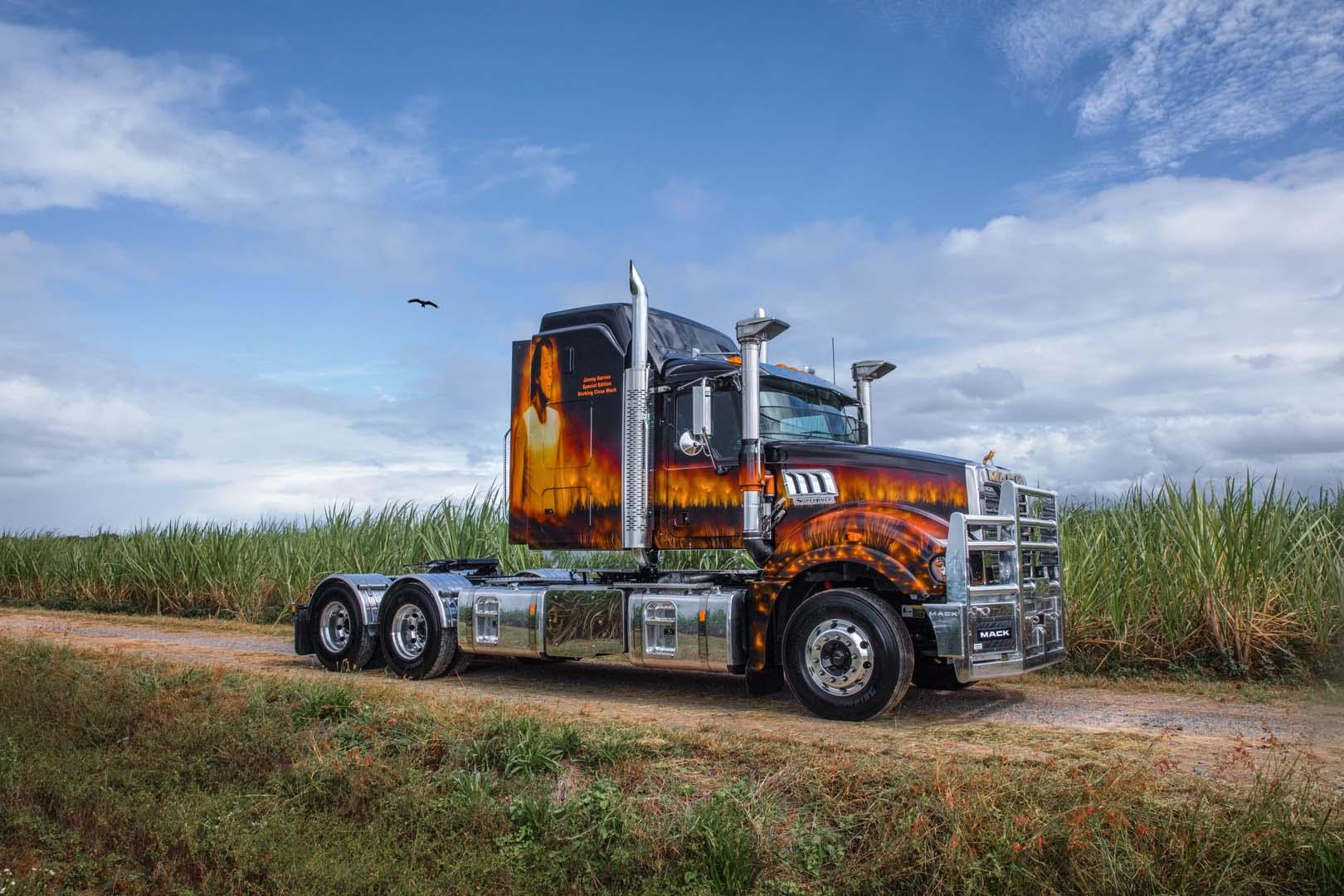 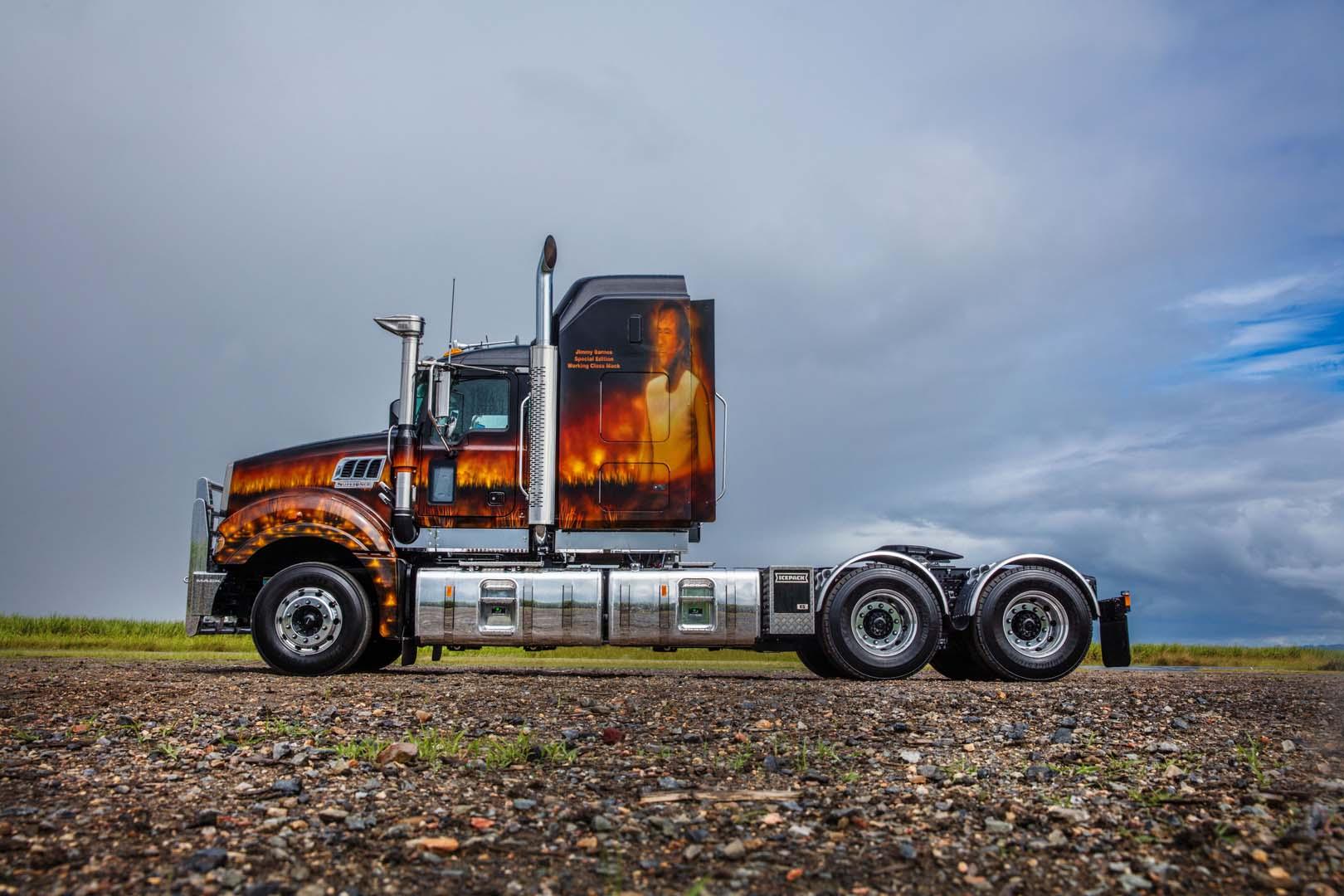 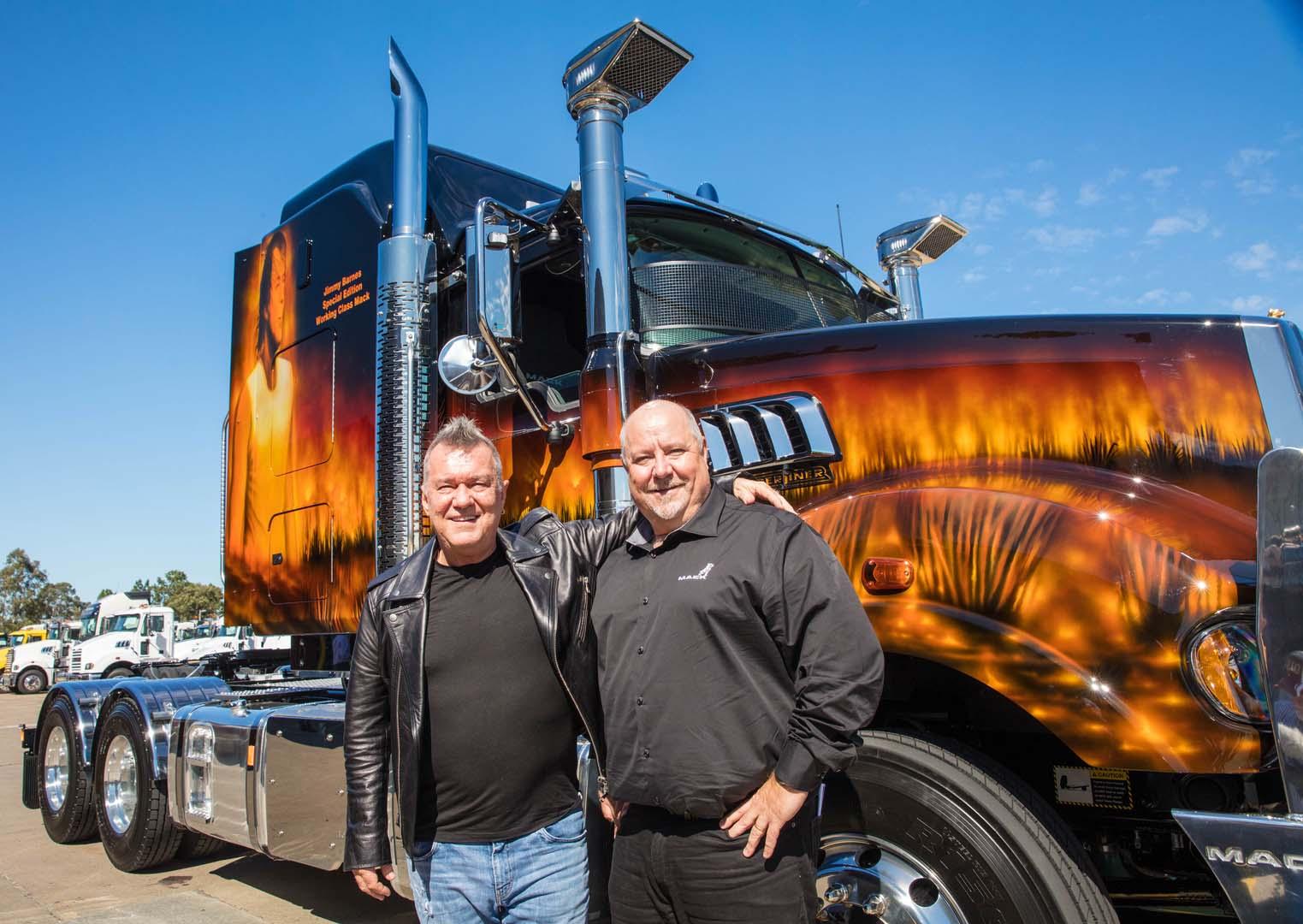 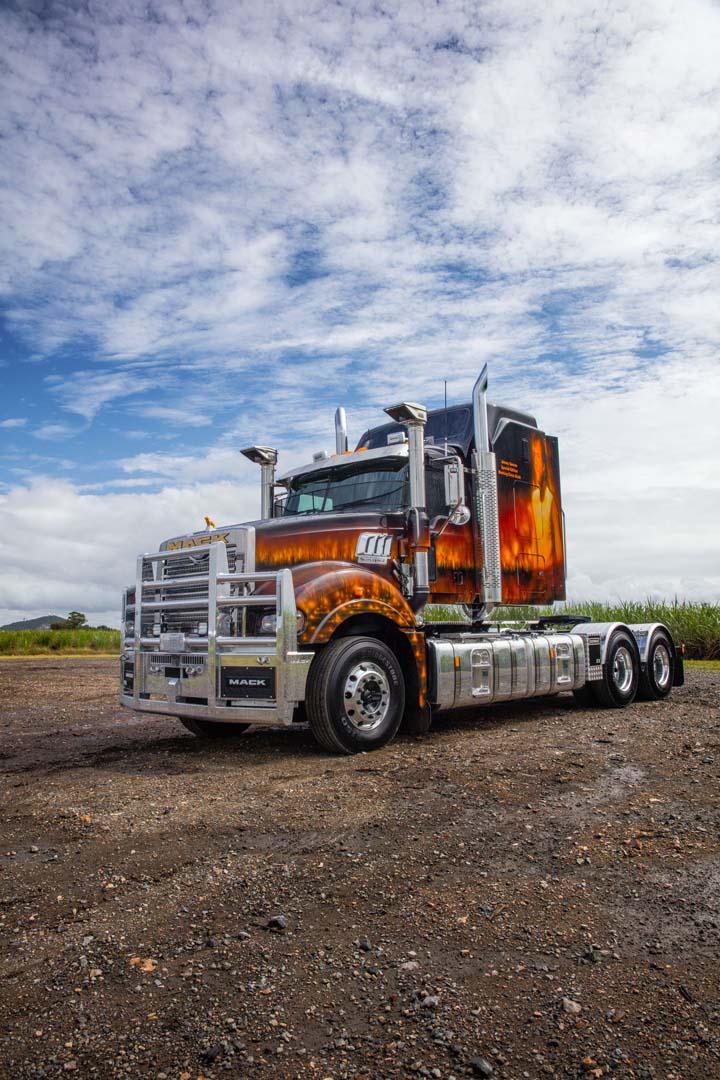