The Pumping Station at Melbourne's Science Works played host to the annual awards dinner, where the exceptional achievements of local Daimler Trucks dealerships and their staff are recognised. Categories included a Metropolitan and Regional Dealer of the Year for all three brands - Fuso, Mercedes-Benz and Freightliner - under the Daimler Trucks umbrella.

The coveted '2013 Daimler Trucks Metropolitan Dealer of the Year' was awarded to Daimler Trucks Sydney Huntingwood. Dealer principal Gregory Gardiner, together with his team, worked tirelessly to deliver a year of outstanding customer service across the Fuso, Mercedes-Benz and Freightliner brands.

The '2013 Daimler Trucks Regional Dealer of the Year' was awarded to Daimler Trucks Sunshine Coast. Dealer principal Cameron O'Hara and his team were recognised as a true benchmark dealership in terms of sales & service facilities, excellent customer service and performance standards throughout 2013.

Daimler Trucks Managing Director, Kolja Rebstock said "Our Dealer of the Year awards night is a fantastic opportunity to celebrate the achievements of the whole Daimler Trucks dealer network and to acknowledge those dealerships that excelled throughout 2013."

"The ongoing commitment and professionalism from our dealer network continues to reinforce our brand's reputation as a leader in customer satisfaction. 2013 was a highly successful year for Daimler Trucks in Australia, as we achieved our largest retail sales result on record. This result is a reflection of the dedication shown by our entire team. " 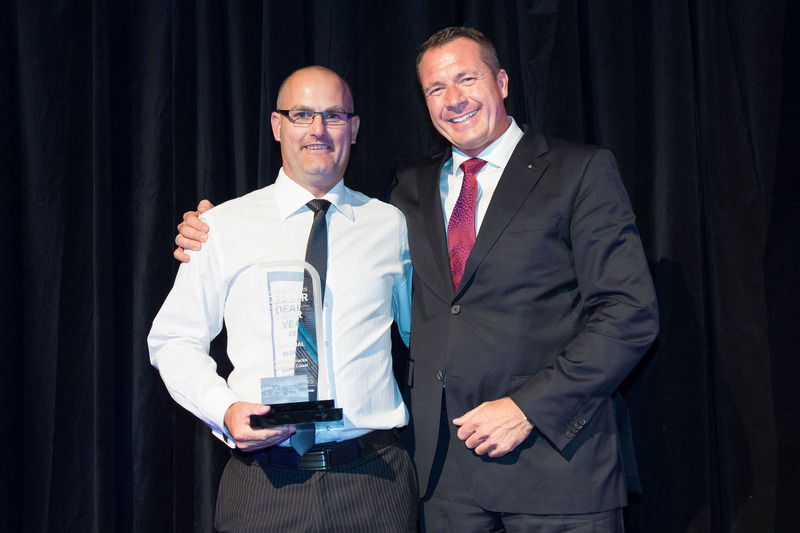