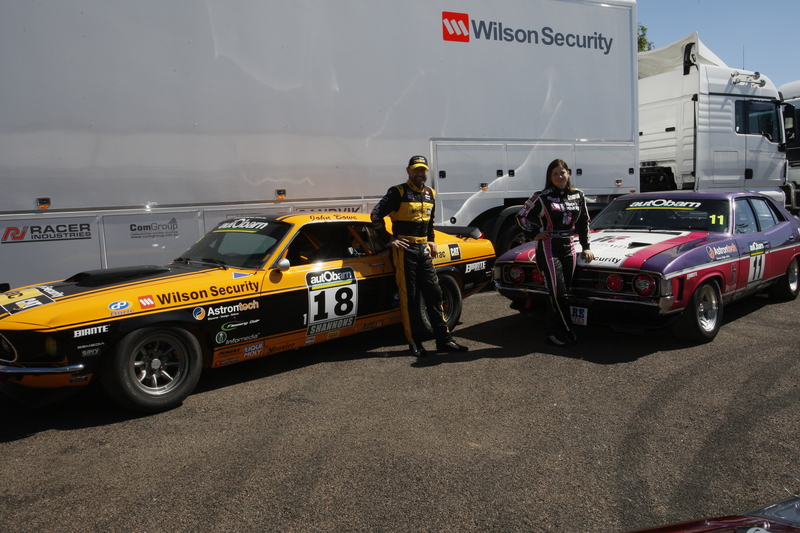 As well as enjoying the freedom of life on the road, Rob's rig something special - a clean new MAN TGX moving classic race cars. The ride is fine, the cargo is cool and the destinations are a blast, with downtime spent helping out pit crew teams and rubbing shoulders with Australia's racing greats around the track.

Transporting for the legendary John Bowe, Rob speaks admiringly of the gorgeous cars in his care. Bowe drives an impeccable 1969 Mustang Trans Am, whilst fellow racer Leanne Tander packs a fully worked 1973 Ford falcon XA GT into the trailer.

Smooth and efficient, the rig pairs up John Bowe's MAN TGX 26.540 (supplied by Tony Elkins from Westar Trucks) with Leanne and Garth Tander's custom-built trailer, a sleek, air-conditioned transporter made to carry three cars and all the gear needed to run and maintain Bowe and Tander's racing teams, as well as full hospitality/office. As well as sharing vehicle transport, the two race car drivers are both sponsored by Wilson Security.

Back from a recent trip to NT's Hidden Valley, Rob relished the chance to drive the truck along the Territory's smooth highways, with the MAN TGX providing an impeccable driving experience and big on comfort. Commenting on the new truck, Rob explains,

"All round vision is very good, with a big European windscreen and higher than normal driving position. There's nice ISRI seats - terrific and fully adjustable." The truck has a spacious, flat-floor cab with twin bunks and loads of storage space, including a large fridge on rollers stowed under the bottom bunk.

Rob's driving background stretches back decades, beginning with local drives and progressing through to interstate hauling, petrol tankers and B Doubles. His racing connections go back a long way too, with a five year stint driving Captain Peter Janson's Holden race transporter from the late 1970s. Although his career has been punctuated by such diverse detours as owning a sports store and running a restaurant, Rob has an ongoing passion for photography, which has developed into a serious proposition. Shooting race events enables Rob to combine several passions - cars, camera and the big rig to take you there.

As for the future, we asked Rob to comment on his trucking ambitions - where do you go from the ultimate driving job? His answer is sure to warm the cockles of a truckie's heart, 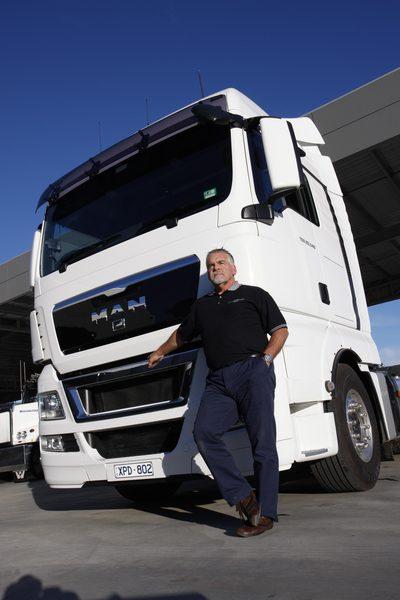 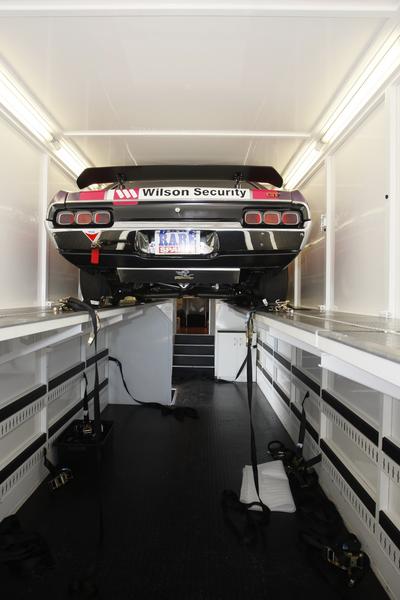 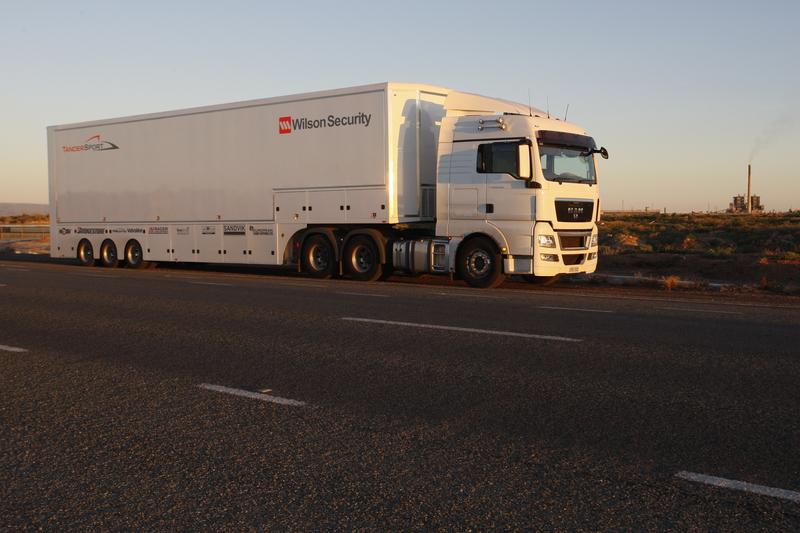