Electric bus on trial in London

Electric bus on trial in London 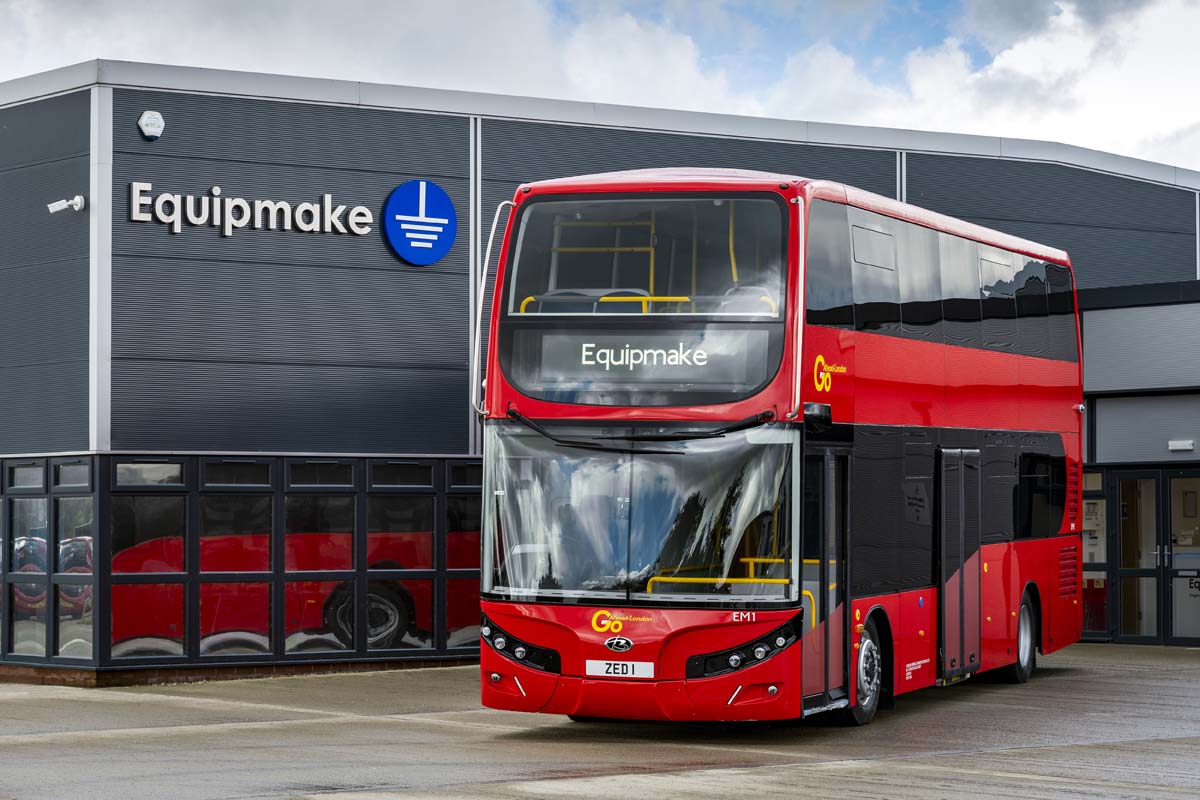 The Jewel E is powered by Equipmake’s Zero Emission Drivetrain (ZED), which claims to transform a bus’s zero emission operating capabilities via modular battery pack options, the largest of which, at 543kWh, is claimed to be the largest capacity battery of any two-axle double decker electric bus in the world.

Range of up to 300 miles (482km) from this package is more than sufficient to ensure the Jewel E can complete an entire duty cycle in the city without the need to recharge, according to Equipmake, while the modular design gives operators flexibility to scale the amount of battery power throughout the life of a bus, future-proofing it for a range of routes and distances. 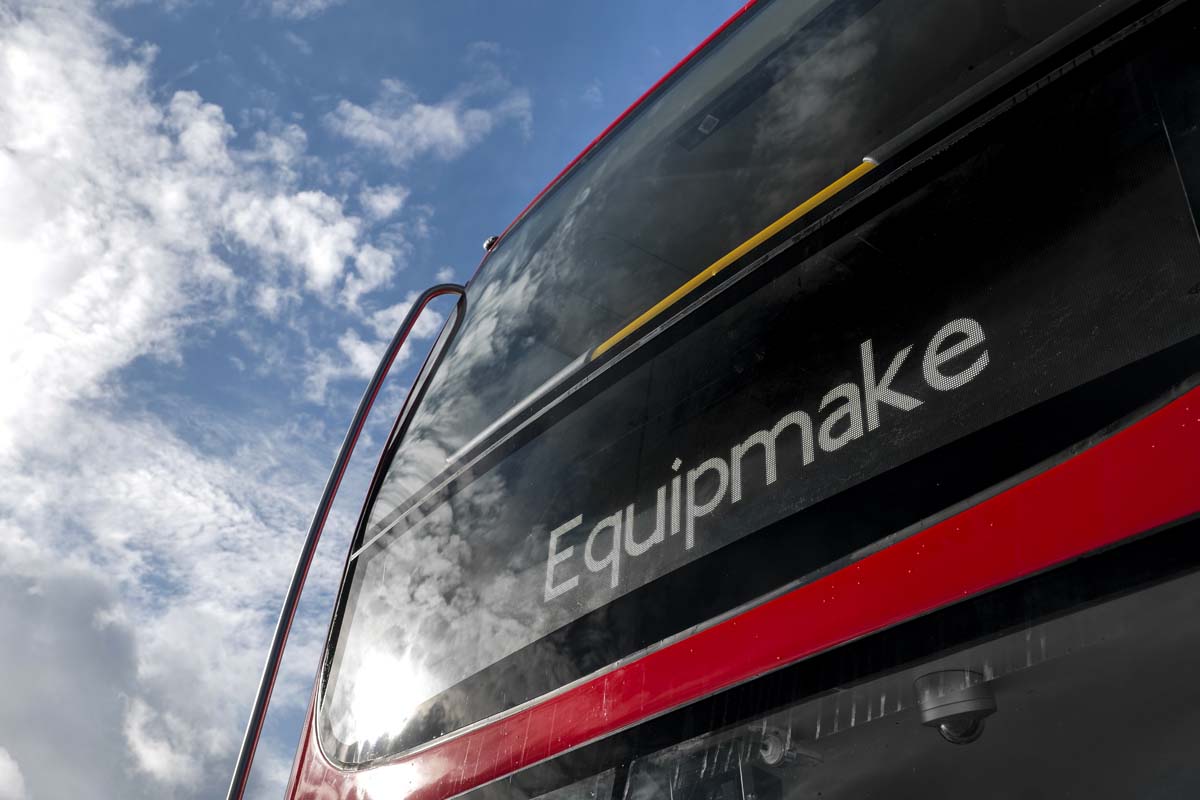 While Equipmake provide the drivetrain, the bus body will be produced by Beulas in Spain, a company with more than 87 years’ experience in the sector.

A third major partner in this programme is Agrale, a truck and bus chassis manufacturer in Buenos Aires, Argentina, who designed the chassis to the take Equipmake’s ZED.

Other collaborating companies, including Sure24, Forman, 21st Century and McKenna, supplied systems such as cameras, intercoms, induction loops and destination displays for the Jewel E currently on trial in London. 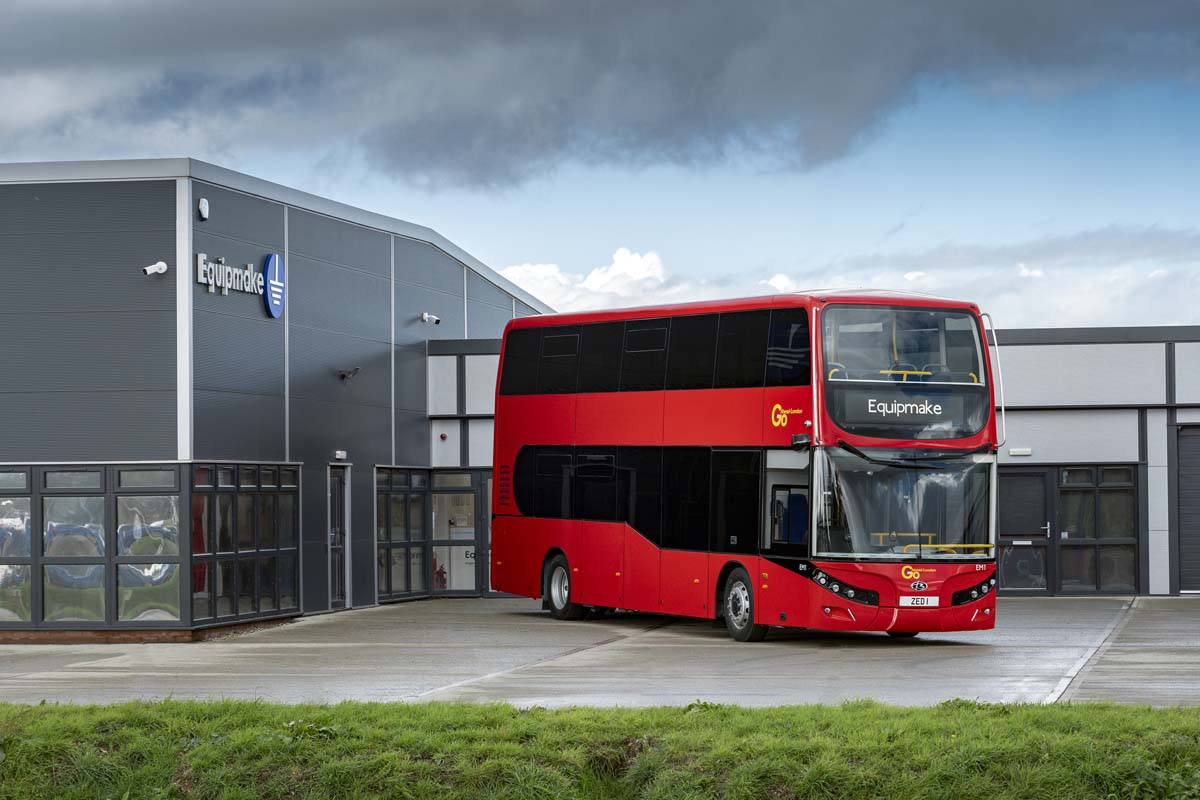 With around 300 million miles covered annually, London is one of the busiest bus markets in the world and the Jewel E is one of the first EV buses to meet the Transport for London (TfL) bus safety standard specifications and requirements that come into effect in 2024, including enhanced safety features for the public, drivers and passengers. 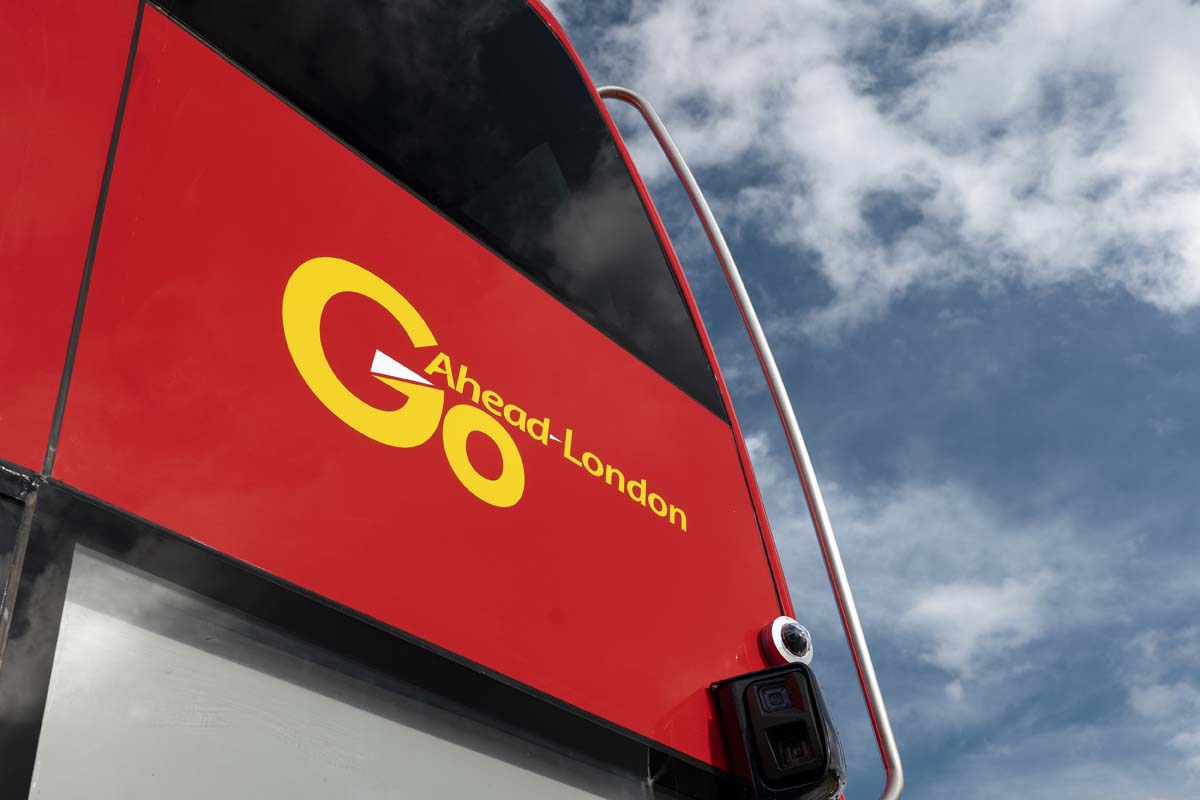 While targeted at London initially, the Jewel E will be usable outside the capital, too, thanks to the aforementioned modular lithium-ion battery design that allows bus operators to choose from 325kWh, 434kWh and 543kWh outputs.

The three choices of battery pack fuel Equipmake’s HTM 3500 electric motor, which has been engineered to meet the demanding requirements of a fully laden double decker bus.

Producing 400kW maximum power and 3,500Nm torque at just 1,000rpm, the HTM 3500 motor is driven via a Semikron SKAI inverter that converts DC charge from the battery to AC charge, with the motor itself said to be seamlessly integrated into the prop shaft, removing the need for a separate transmission.

When the Jewel E’s battery is depleted at the end of a duty cycle, it can be recharged at the depot overnight via a CSS DC charging point. 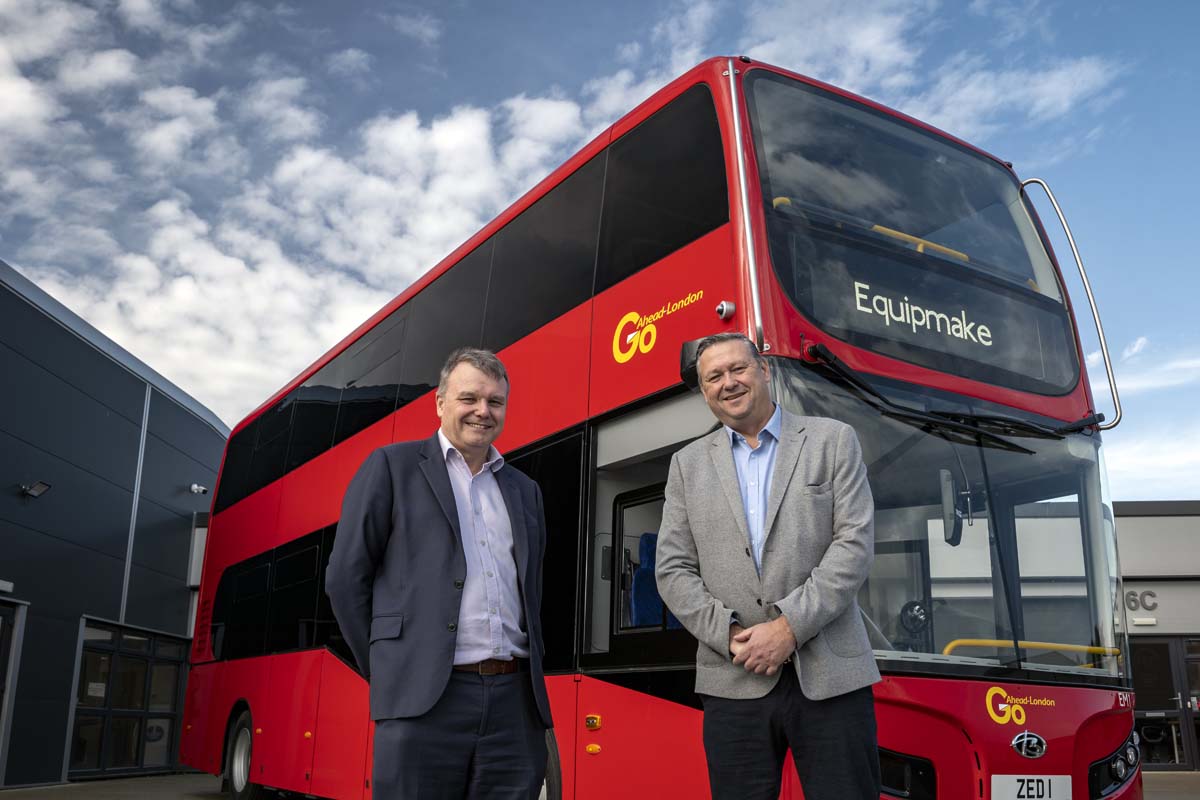 “Our partnership with Go-Ahead, London’s largest bus operator, will allow us to continue the vehicle's development during real-world usage cycles on public roads, a vital next step in perfecting the double decker electric bus before it enters full service.” 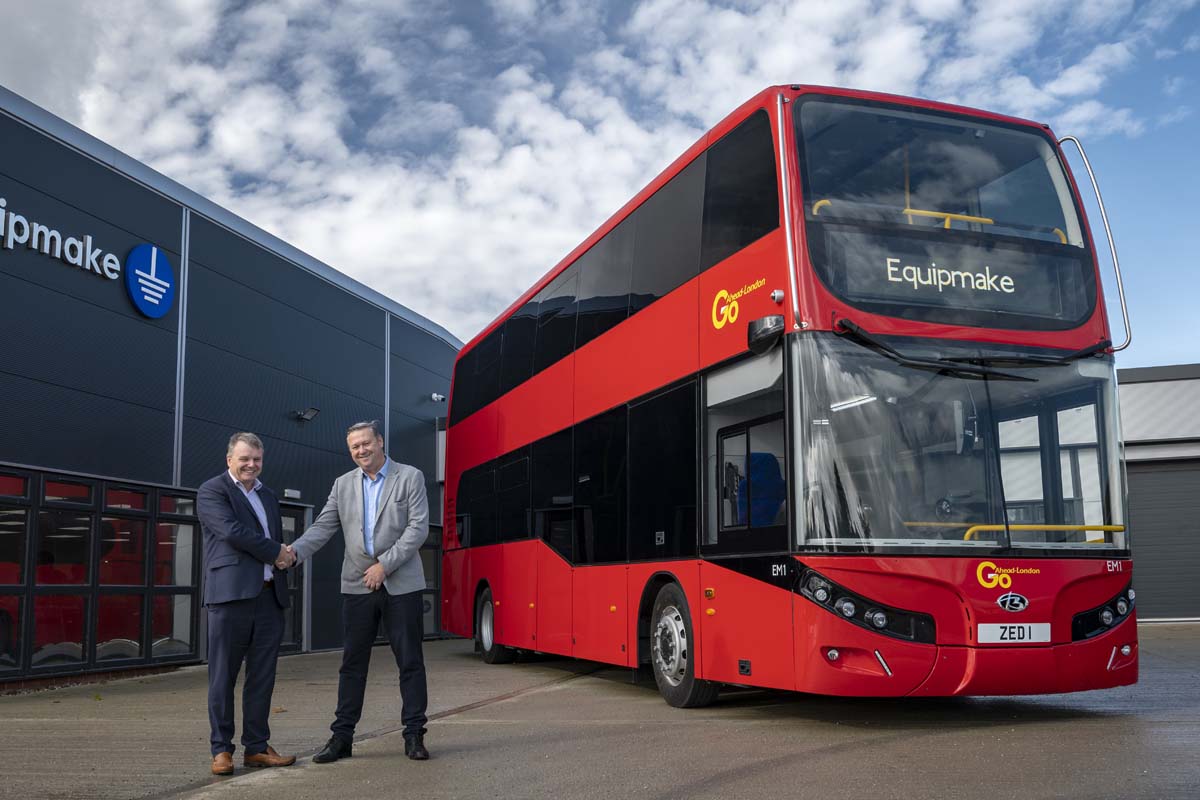 Even though the London trial was still underway at time of writing, construction of the Jewel E has been signed off and is due to start this year at an all-new facility in Norfolk; an initiative that will bring new jobs to the area and play a key role in helping the UK Government achieve its target of introducing at least 4,000 more British-built zero emission buses by 2024 under its ‘Bus Back Better’ strategy.

According to its creators, the Jewel E will play a part in this initiative and also help meet exponential demand outside the UK, as the global electric bus market is expected to accelerate from 300,000 vehicles per annum to one million by 2030.