Mack Trucks and Drizabone recently headed out west to Queensland’s iconic Mount Isa Rodeo. And NRL Legend Johnathan Thurston was along for the ride

This past August, Drizabone and Mack Trucks teamed up for a one-off road trip from Queensland’s south-east to the Mount Isa Mines Rodeo.

Looking like something out of a Mad Max movie, a blacked-out 685hp Mack Super-Liner travelled from Brisbane, passing through numerous rural communities as it headed deep into western Queensland for the Mount Isa Mines Rodeo. 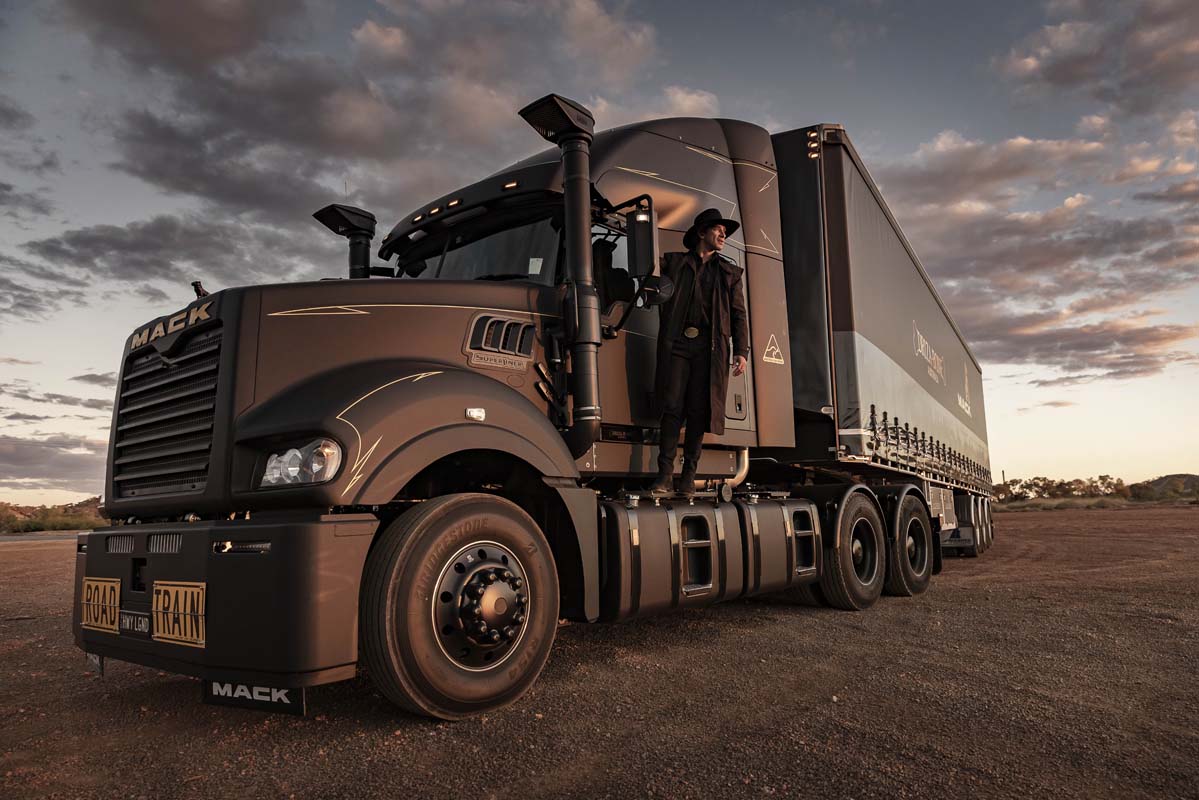 Showcasing the best rodeo competitors from around the country in bull and bronco riding, steer wrestling and rope & tie events, the Mount Isa Rodeo is a massive event that also features live music and entertainment over three big days.

First held in 1959, the Mount Isa Rodeo isn’t new, but there was a new element this year, with retired rugby league legend Johnathan Thurston hitching a ride on the special Mack Super-Liner to make his debut at the event.

Thurston, a Drizabone ambassador, spearheaded the collaboration with Mack that resulted in the creation of the one-off Super-Liner and the 20+ hour road trip from Mack’s Queensland factory in Wacol to the iconic Mount Isa Rodeo.

Making a grand entrance into the rodeo’s main arena behind the wheel of the Super-Liner, Thurston said he was chuffed to be in Mount Isa for the event.

“I’ve had an amazing couple of days with my first Mount Isa rodeo experience and equally loved meeting so many locals, thanks to Drizabone and Mack Trucks,” Thurston said. 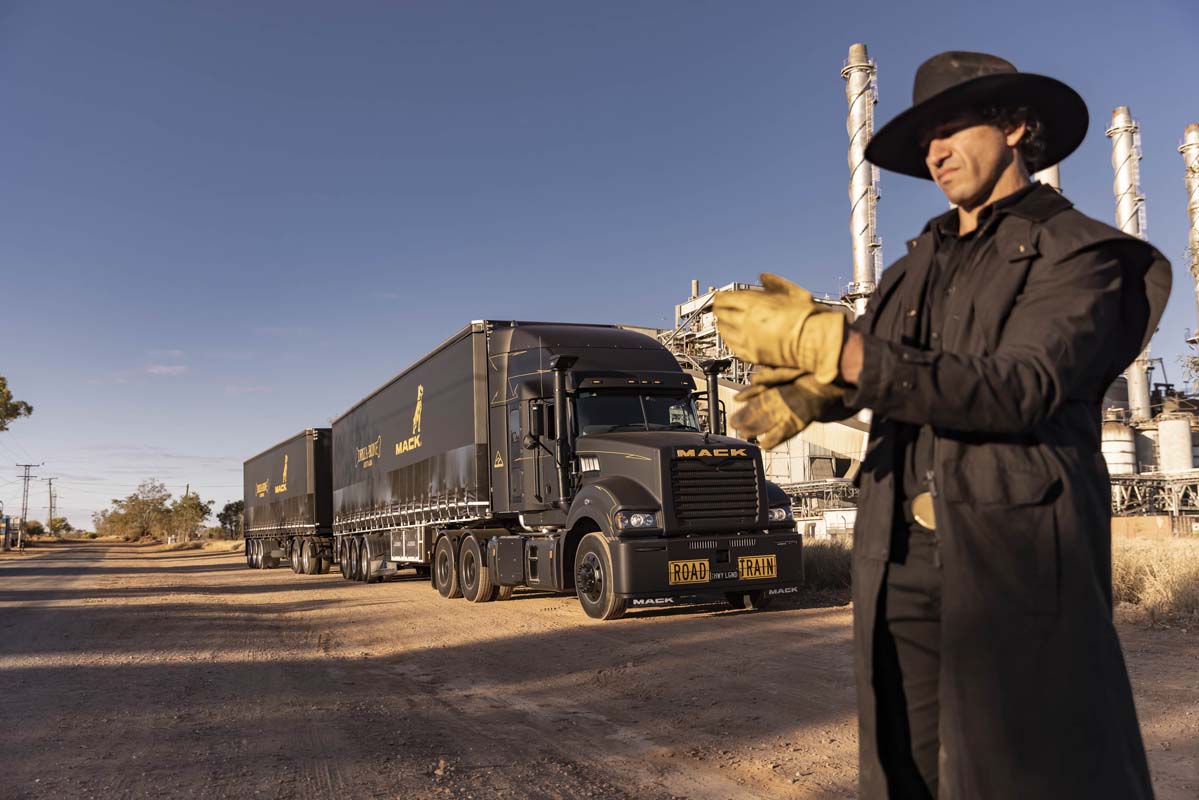 “What a great Aussie experience arriving at the outback rodeo, in a Mack Super-Liner, head-to-toe in my Drizabone kit. It’s been really enjoyable.”

Drizabone’s Creative Director, Justin O’Shea, said the story behind Drizabone and Mack Trucks coming together just made sense, as the two hard-working Australian brands have each been built for challenging Australian conditions. 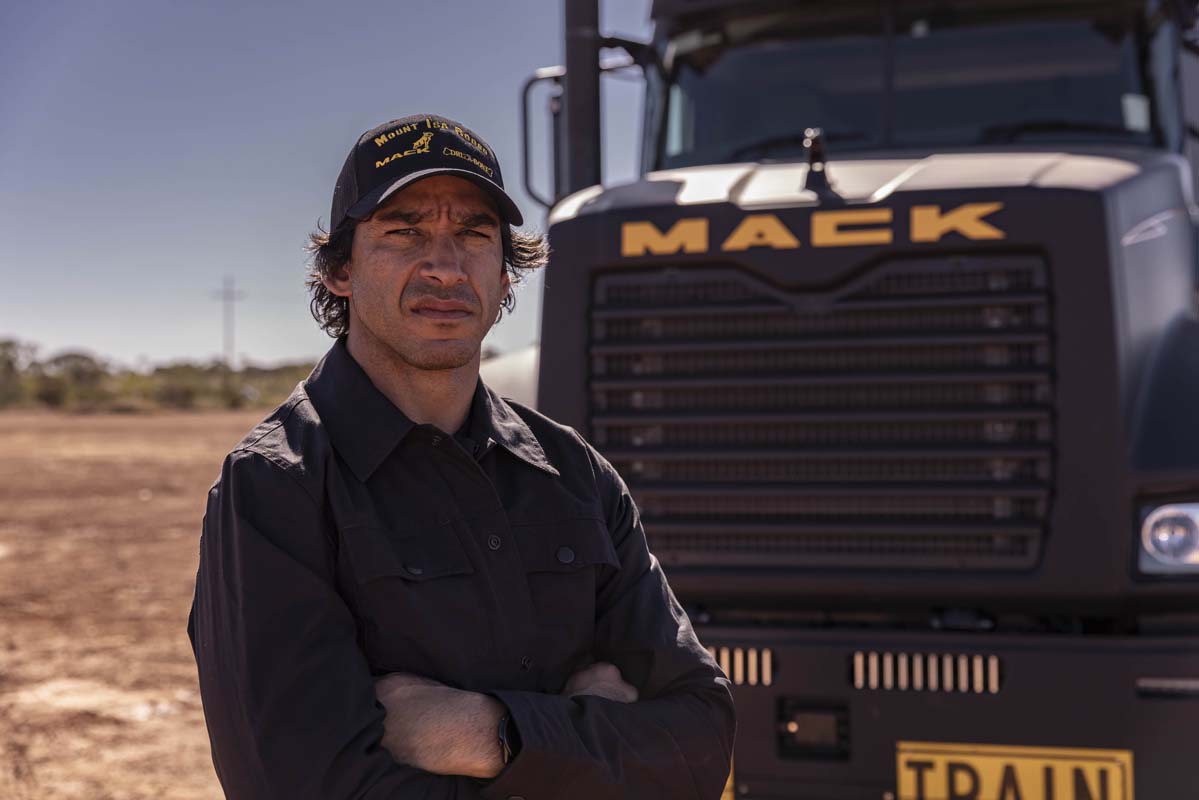 “While our brands are vastly different, they are rich in Australian history and our respective products are built for surviving everything Australia’s big backyard can throw at you, be it the outback, hinterland or bush,” said O’Shea.

“When the opportunity presented to work together at the Mount Isa Rodeo, one of Queensland’s biggest culture and community events, we jumped at the chance to connect with locals and give something back.”

Mack Trucks Australia’s Vice President, Tom Chapman, joined Thurston at the event and said he was proud to have teamed up with another iconic Australian brand and head back into the sort of territory Mack has used in the past as a proving ground for new vehicles.

“Mack Trucks are proudly built in Australia and are engineered and designed to meet harsh Australian conditions,” said Chapman.

“What a sight it was with Johnathan rolling into one of the most iconic outback events in a Mack Black Super-Liner, wearing his Drizabone gear and adding another layer of enjoyment to the day.”

At the rodeo, spectators had the opportunity to meet Thurston, win Drizabone and Mack Trucks prizes and see the blacked-out Mack Super-Liner truck up close.

“It’s an honour to be a part of a collaboration between two legendary Australian brands, Thurston said. “They both have such a strong presence in Queensland communities through their products and manufacturing plants, which is great.”