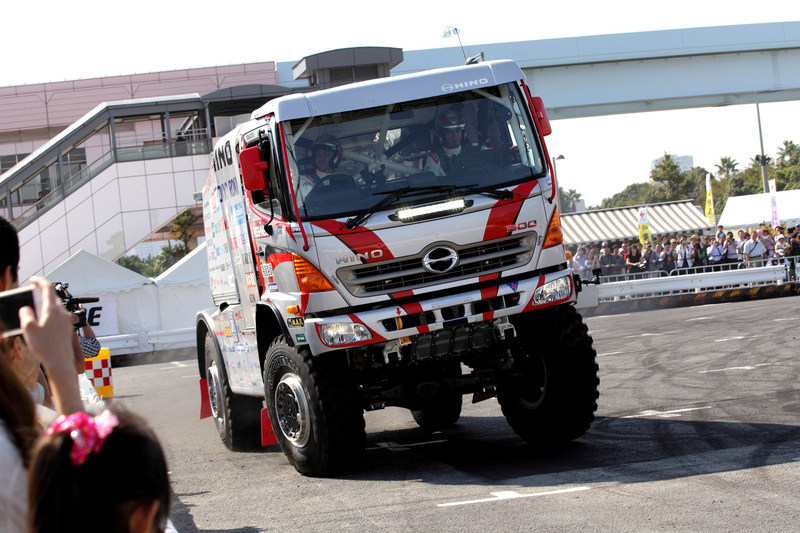 With less than a month until the 2014 Dakar, Hino Team Sugawara recently put their newest toys on show in front of a huge crowd of motorsport fans on a special skidpan set up on Odaiba, an artificial island in Tokyo Bay.

"We're confident in our truck after its test run in Rally Mongolia," Teruhito Sugawara said.

"I'd say it's at least 10 per cent faster than the old truck, which should stand us in good stead for another class win and a top-five finish in the overall rankings.

"We have a lot of experience in South America's Atacama Desert, and the truck's new 9.0-litre engine has a lot of potential."

Dakar master Yoshimasa Sugawara has competed in every Dakar Rally since 1983, when he tackled the run from Paris to Senegal (via Algeria, Niger, Burkina Faso, Mali and Mauritania) on a 400cc motorbike.

Sugawara senior switched to cars in 1985 and then to Hino four-wheel drive trucks in 1992, where he has dominated the Sahara Desert, even leading Hino to a 1-2-3 finish in the 1997 race.

In 2008 organisers were forced to cancel the race and move subsequent Dakar rallies to South America after the event came under attack from terrorist organisations.

Team Sugawara continued its record-setting run of successes in the new locale, racking up four consecutive class championships in the harsh Atacama Desert.

The 2014 Dakar rally will run from January 4 to 18, taking in 5,000 kilometres of wildly varying terrain across Argentina, Bolivia and Chile. 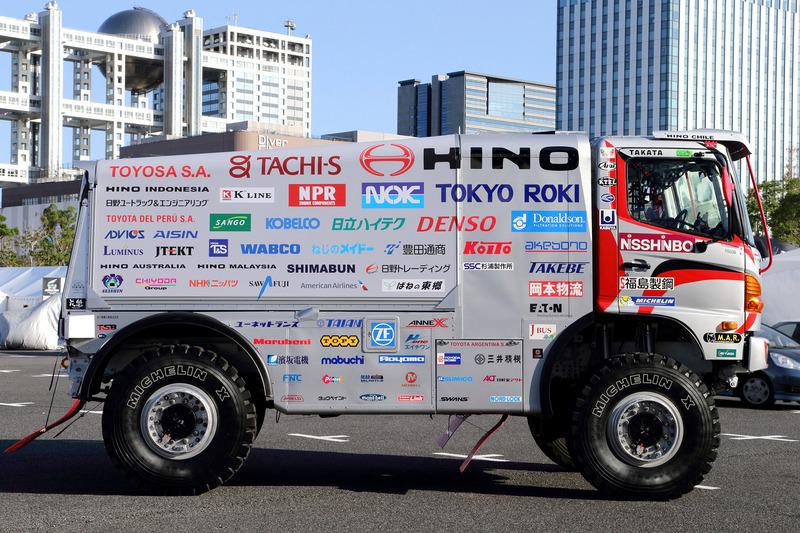 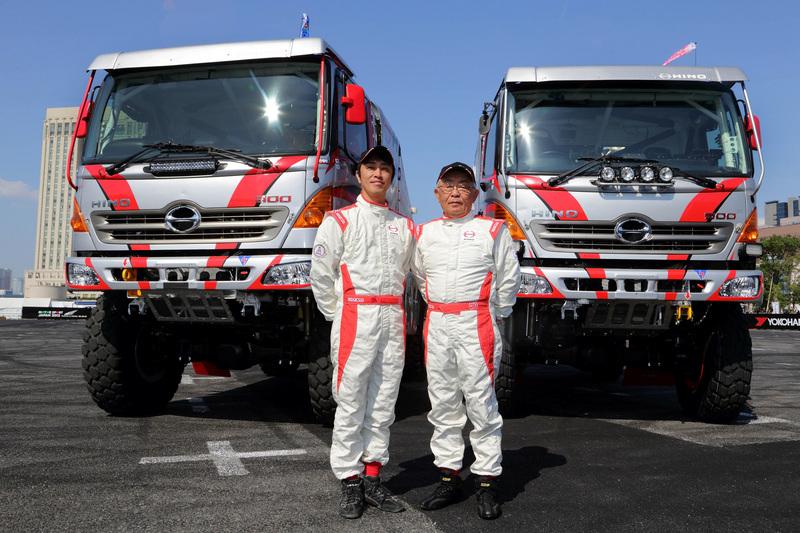