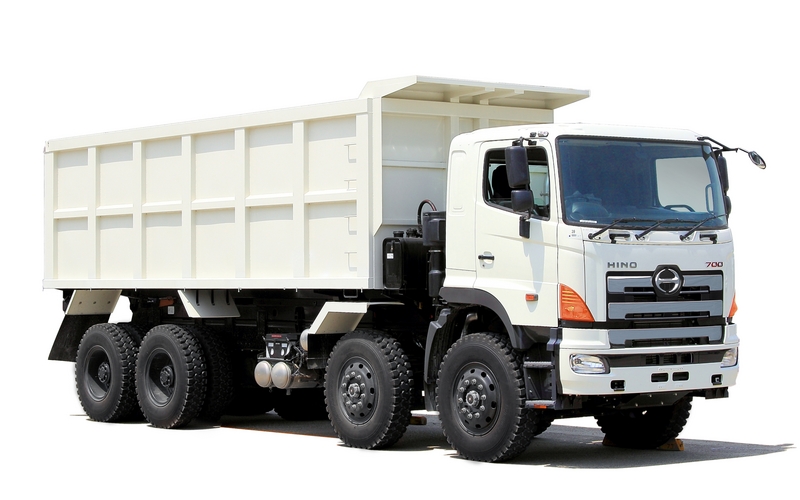 Representing the industrial side of Hino, the 700 Series mining truck is a rigid-framed development of the 700 Series Heavy Duty range, which is currently available as a prime mover in a number of configurations.

Almost 10 metres in length, the 700 Series dumper has a gross vehicle mass of 50 tonnes - which Hino say is perfect for tackling hard rock mining.


Also on the Hino stand was the 500 Series GT racer that scored class honours in the 2011 Dakar Rally.

As the focal point of Hino's racing stand, the Team Sugawara truck was flanked by a gallery of trophies, photos and memorabilia from Hino's impressive off-road racing history.

Father and son drivers Yoshimasa and Teruhito Sugawara, along with the entire Hino Racing team, will host a talk show for Tokyo Motor Show attendees, touching on Hino's victorious Dakar campaign and the lead-up to Dakar 2014.