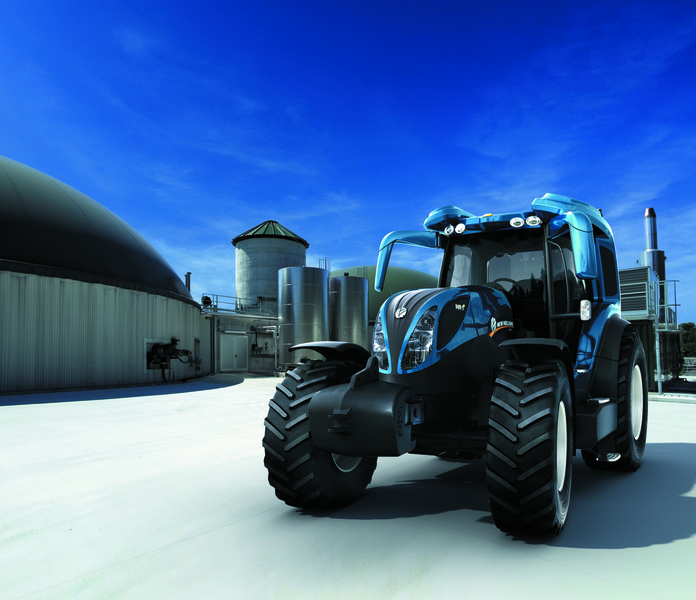 Compared to the first NH2, the new model has fuel cells that deliver double the power, increased from 50 to 100kW, as there are now three stacks developing a total of 384 units (the first model had two stacks providing a total 256 units).

The number of on-board electric motors remains the same, one for traction and one to operate the PTO and auxiliary circuits, but their rated power and torque have doubled.

Each of the new electric motors has a power output of 100kW, with continuous torque of 950Nm and maximum torque of 1200Nm. Top crankshaft speed is 3000 rpm, and efficiency at maximum power output is a staggering 96 percent.

Naturally enough, to keep the increased number of fuel cells in operation and ensure the tractor can keep working for longer (up to three hours, depending on the load), a bigger hydrogen tank has been installed. The tank of the new NH2 can hold a generous 8.2 kg of hydrogen at a pressure of 350 bar, opposed to 2.4 kg for the previous model.

Other new features include a 12kWh, 300V battery, with peak power output of 50kW, the new Continuously Variable Transmission, replacing the conventional manual gearbox, a suspended front axle, and the inclusion of front loader mounting points as standard.

With a top speed of 50kph, its pulling power is comparable to that of a standard 120 hp diesel tractor.