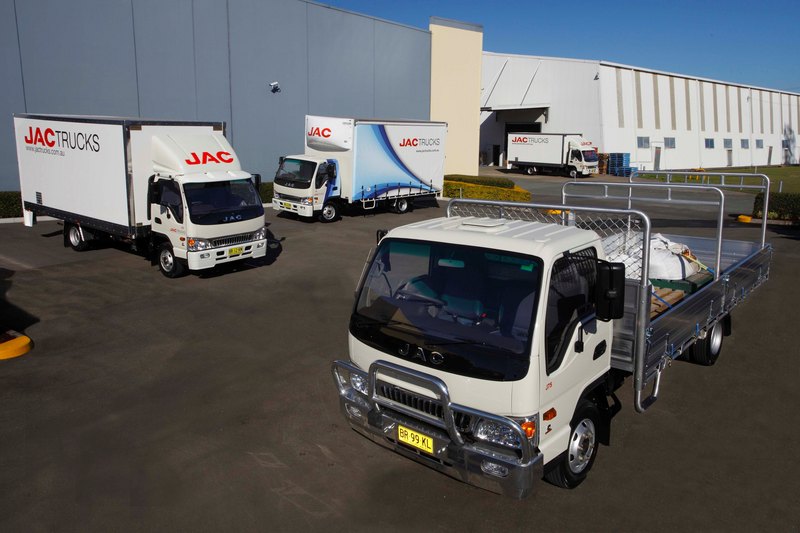 The JAC range has launched with a recommended retail price for the entry level J45 model of just $36,389, significantly below the pricing offered by the closest Japanese rival
JAC Trucks have launched on the Australian market with a range of light-duty trucks, from 4.5 tonnes to 7.5 tonnes GVM, with three initial model variants in the "J Range".

The JAC range has launched with a recommended retail price for the entry level J45 model of just $36,389, significantly below the pricing offered by the closest Japanese rival. The initial Australian model line-up was revealed to the Australian commercial vehicle media with a drive program on Queensland's Gold Coast this week.

The trucks are being launched to the market through 20 separate sales, service and parts dealers within the WMC network. Leading dealer groups including AHG, CMV, Adtrans and Macquarie, along with leading independent dealers, make up the Australian dealer network, with more dealers reported to be in the process of signing agreements for the new brand.

Cost of ownership across the entire life of the truck is being touted as one of JAC's key advantages over the established Japanese opposition, with a lower initial purchase price, lower parts pricing, long service intervals and the reliability of recognised international driveline components, such as Cummins Euro 5-compliant engines, ZF transmissions, and WABCO and Bosch brakes.

The JAC truck range also launches with an industry-leading 2+3 warranty which extends the driveline warranty to five years, making it the best in class with no other manufacturer offering a standard warranty of this length for engine and driveline.

According to Jason Pecotic, CEO of WMC Group, the Australian and New Zealand distributor for JAC Trucks, the brand will deliver a purchase proposition to the Australian market that is based on more than just price.

"While we know we have a clear price advantage, our proposition is about much more than the sticker price, it will be about whole of life cost of ownership and confidence in the product," said Pecotic.

"It will mean that while having a significantly lower initial purchase price, JAC buyers will enjoy the confidence that they have purchased a truck that will be reliable, cost effective and have the after sales back up that matches anything else in the market," Pecotic added.

WMC will provide parts back up to its dealers and customers through major warehousing and distribution company CEVA Logistics, which now handles its entire parts inventory, with the ability to rapidly deliver urgent parts anywhere in Australia.

JAC's Australian dealers are fully trained and certified to service the range's Cummins engines and will be able to handle all service and parts back up for Cummins ISF engines.

The model range is headed by the 'J75' model, featuring a 3.8 litre Cummins ISF, Euro 5 common rail turbo charged diesel engine mated to a JAC six-speed manual transmisison and with a 7.5 tonne GVM. For buyers requiring a lighter GVM, the 6.5 tonne 'J65', using the same 3.8 litre Cummins ISF engine and JAC transmission with a tonne less payload is the answer.

The J65 and J75 models deliver maximum power of 141hp at 2600rpm and 450Nm of torque at 1300rpm, giving them performance comparable and at times exceeding that of their Japanese rivals. The J45 model will boast maximum power of 110kW at 3200rpm with maximum torque of 360Nm at 1800rpm, again putting it on a par with its closest rivals.

The J65 is close to class-leading in terms of front axle capacity and equal top in class for rear axle capacity, while offering close to the best dimensions in its class for body length.

The J45 model will boast the highest payload capacity in its class with an advantage of between 300 and 400kg on its Japanese rivals. J45 also has the most compact wheelbase in the class and front overhang, up to 40 per cent less that its class rivals, enhancing its manoeuvrability and ease of operation in busy city streets.

Further details and specs on the range are available at www.jactrucks.com.au, where you'll also find a dealer locator and other JAC information. 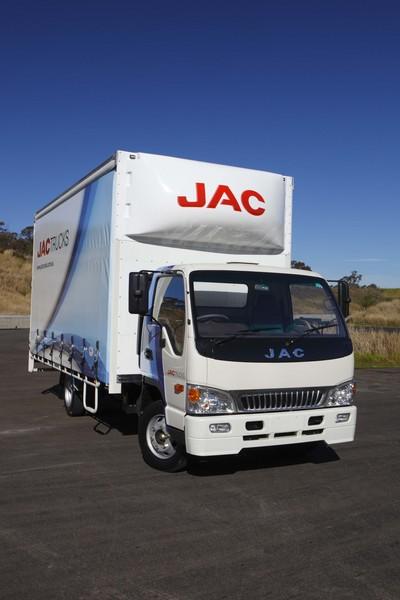 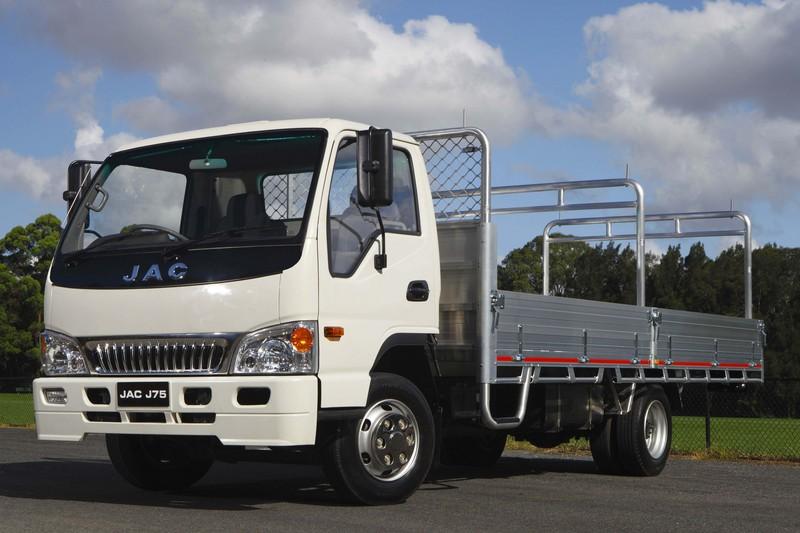