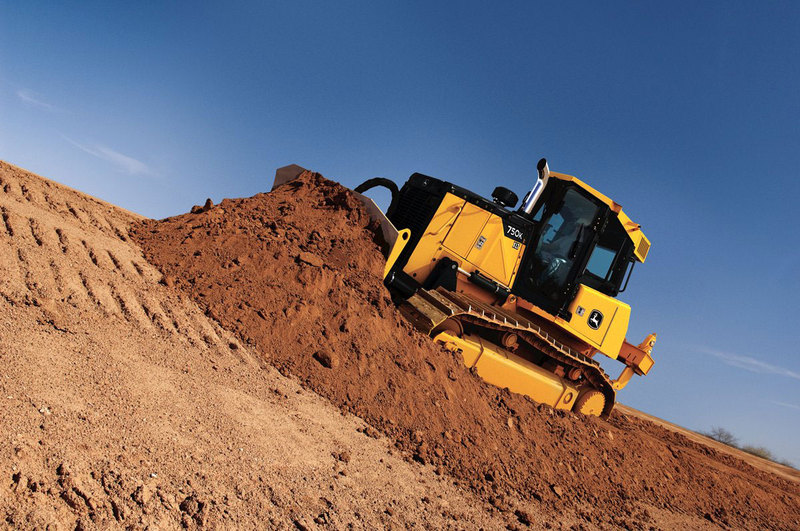 "We're excited to add four efficient and productive crawler dozer models to the John Deere line-up," said Jon Gilbeck, global product marketing manager for crawler dozers, John Deere Construction & Forestry. "Our customers wanted an IT4 engine, a quieter and more comfortable cab and the unsurpassed operating ease and manoeuverability they have come to expect from John Deere. With the success of the 850K, we only thought it was logical to expand the K-Series' offerings."

The John Deere IT4 engine also offers operation on slopes up to 45 degrees while maintaining adequate oil flow to machine systems. A hydraulically driven cool-on-demand fan operates only as needed, decreases cab and bystander noise levels, and cuts fuel consumption. A reversing feature is standard for the 750K and optional for the 550K, 650K, and 700K to blow out debris.

Both the 700K and 750K come equipped with John Deere's exclusive V-Cool package. This system isolates coolers from dust and engine heat for increased efficiency and durability. In addition, the V-Cool is positioned behind the heavy-duty grille and fan, making the coolers less vulnerable to the rigors of the worksite.

Inside the cab, operators will find increased comfort thanks to quieter operation, larger access doors, and a standard air suspension seat. Sound dampening in the cab reduces noise levels up to a 50-percent on the 550K and 650K. Best-in-class visibility to the blade and jobsite is provided via ample glass and well-positioned in-cab components. The models also feature a sealed switch model (SSM) with keyless start and a coded-security start feature, a 12-volt electrical accessory outlet and an integrated grade control monitor.