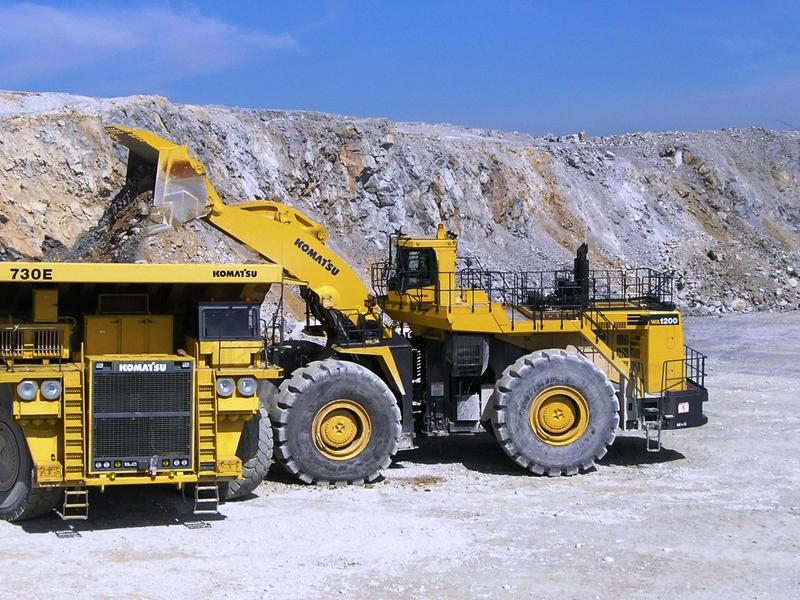 Based on extensive customer input and feedback, the new loader included environmental, technological and ergonomic enhancements for even greater productivity, while lowering operating costs.

Komatsu Australia has already sold three units, and with factory production back on stream following the Japanese earthquake and tsunami in March 2011, additional units will be delivered to Western Australian mines over the coming twelve months.

A highly efficient KOMATSU SAADA16V160E-2 engine rated at 1316kW net powers the new WA1200-6. Along with other modifications, the injection system of the Cummins engine was changed from HPI to MCRS and the rated engine speed and high idle speed were altered to improve durability, which resulted in reduced fuel consumption.

According to Michael Hall, Komatsu Australia's Mining Product Manager, the new WA1200-6 offers a number of improvements over the WA1200-3. This was a very successful model for Komatsu, with around 30 operating in local mines. It is a frontline loader in high production mines, with Rio operating 20 of them in Western Australia, along with several coal mines in eastern Australia.

Compared to its predecessor the WA1200-6 offers higher productivity, better fuel and operating economy, and increased reliability and durability.

Hall said, "net engine power at 1316 kW is almost 100 kW higher than the WA1200-3, and even higher than equivalent competitors in the same class."

"High productivity is achieved through higher breakout and traction forces than any other loader on the market and large bucket capacity. These features allow it to economically and effectively load all but the largest mining dump trucks currently in operation," he said.

Other efficiencies are achieved by the use an electronic governor that results in improved fuel consumption, with quick throttle response to match the machine's powerful tractive effort and fast hydraulic response.

Increased engine output and the optimised hydraulic system provide improved production and performance. The engine RPM control system with auto deceleration allows the operator to set the engine RPM at the optimum work performance level and control speed smoothly with the accelerator. The variable transmission cut-off system for the left brake pedal is adjustable by a switch at the operator's seat. When loading, the low setting reduces brake impact to prevent spillage, while the high setting can be used for travelling.

The operator can select maximum traction power according to the condition of the road, material and type of work, further increasing fuel efficiency and service life.

The new model also features more efficient hydraulic systems, including a "Pump Neutral Cut" system for the hydraulic pumps, which uses only the required amount of oil flow for the work being carried out, and a variable displacement steering pump incorporating Komatsu's Closed-centre Load Sensing System to deliver precisely the amount of oil flow required for steering.

A modulated clutch system automatically raises the bucket faster when approaching a dump truck, while reducing forward travel speed - reducing braking requirements and speeding up the approach to the truck.

Other productivity features include its "Hi-Cab" design, which gives the operator an eye-level height of 6380 mm - sufficient to look directly into the body of a 220 t dump truck - and a payload meter capable of providing detailed information on material volumes being loaded.

Access to the cab is also easier, with the angle of the access steps changed from 60 degrees to 45 degrees, and there is now a walk-through rear bumper.

Additional steps are provided for maintenance, there are more protective covers, and an emergency engine stop switch is located in four locations, allowing the operator to stop the engine from on the ground or in the cab.

In terms of operating economy, tests carried out by Komatsu indicate that the WA1200-6 uses 15 percent less fuel compared with the WA1200-3, while fuel efficiency (cubic metres of material moved per litre of fuel) is more than 20 percent better.

"These upgrades to the WA1200-6 make it a significantly more fuel-efficient loading tool than its predecessor," said Hall. "These fuel-saving features, combined with operator-efficiency improvements, including low-effort precision joystick control, automatic transmission and a pillarless cab for a wide and uninterrupted field of view, ensure optimum production while minimising operator fatigue."

Komatsu has also paid attention to improving durability and reliability through a range of new features. These include:

-The use of Komatsu-designed and manufactured components throughout the drivetrain and hydraulic systems;

-Increased torsional rigidity in the front and rear frames and the loader linkage for improved stress resistance;

-Increased cooling capacity on the torque converter and hydraulic system.

"In addition to these features, we have also made the WA1200-6 easier to maintain and service, through increased oil replacement intervals, lubricated pins on the loader links, the inclusion of an automatic greasing system, and a 5100 litre capacity fuel tank giving 20 hours' operation between fills," said Hall. 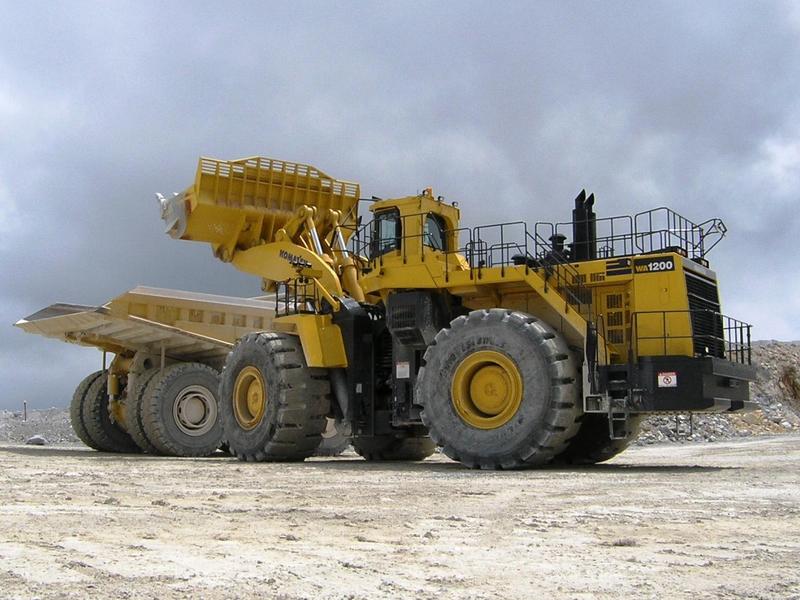