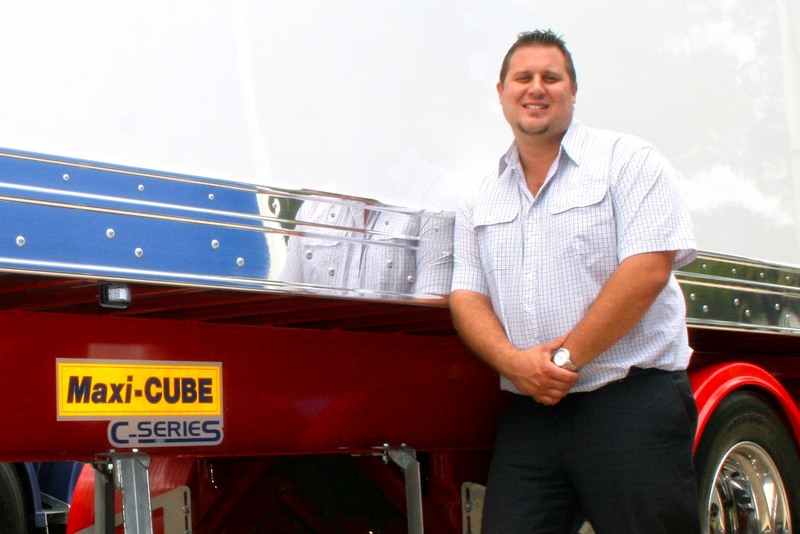 South African born, Lawson initially worked as a chef upon his arrival in Australia. After falling in love with the country and its people, Bruce took a more "regular" nine to five job with a shipping line, before a natural career progression saw him move from shipping to truck dealerships to his current role at SX Trailers.

Initially applying for a job selling trucks with SX in September 2009, during the interview an alternative opportunity was floated to him - Maxi-CUBE Product Manager. Bruce jumped at the opportunity, with his responsibilities in the new role including selling Maxi-CUBE refrigerated and dry freight vans, dealing with customers for special product requests and performing as a liaison between customers, other SX Trailers area sales managers and the Maxi-CUBE factory.

With his time in shipping and trucks putting him in good stead for the new role, Bruce initially looked after the Sydney metro region before success in the role saw it expanded to all of New South Wales.

In late 2012, Bruce accepted a role within a transport company in the search for new challenges. Soon after however, Bruce realized that he was not yet finished with his role at Maxi-CUBE. Missing the job which had come to define him over the previous three years, Bruce was quickly on the phone to SX Trailers General Manager, Glenn Hayhow, in a bid to return to Maxi-CUBE.

"We were initially disappointed but respectful of his decision to leave," says Glenn. "Luckily, when he called, we were yet to begin the search for a replacement, so we were able to offer him his old position. We were glad he reconsidered."

Back with Maxi-CUBE and now a proud Australian citizen, Bruce says he can't picture himself anywhere else. "I'm back doing what I love," Bruce claims. "I hadn't realized it myself, but trailers have become my life over the past 3 years. I guess the saying is true - absence makes the heart grow fonder!"

With a new perspective on his career, Bruce describes his greatest achievement as converting a major customer supplying two of the country's largest supermarket chains from using solely a competitor's product to now buying predominantly Maxi-CUBEs. "I believe we won the customer and continue to supply to them based on our ability to customise the Maxi-CUBE product to suit the customer application," says Bruce. "We're lucky in the fact that we have a very close relationship with the Maxi-CUBE factory, who have a large team of engineers able to meet just about any requirement."

Bruce's role has also brought him his fair share of excitement. One of his favourite stories is how he one day ended up in a helicopter flying over Lawrence Hargrave Drive directing a photographer as they shot photos of some of his trailers. "It all happened very quickly," says Bruce. "One minute I was talking to the customer about his idea to take some photos of the Maxi-CUBEs I'd just sold him and the next minute he'd booked the chopper and we were flying over Sea Cliff Bridge! It was all a bit surreal."

"There aren't too many products where the new owner would book a helicopter photo shoot to capture his purchase! It's stories like that which make it very easy to love this brand. Customers love the product - they love the quality and they love its long history," Lawson added.

And with that, it seems, Bruce Lawson is now back to stay with Maxi-CUBE in NSW. 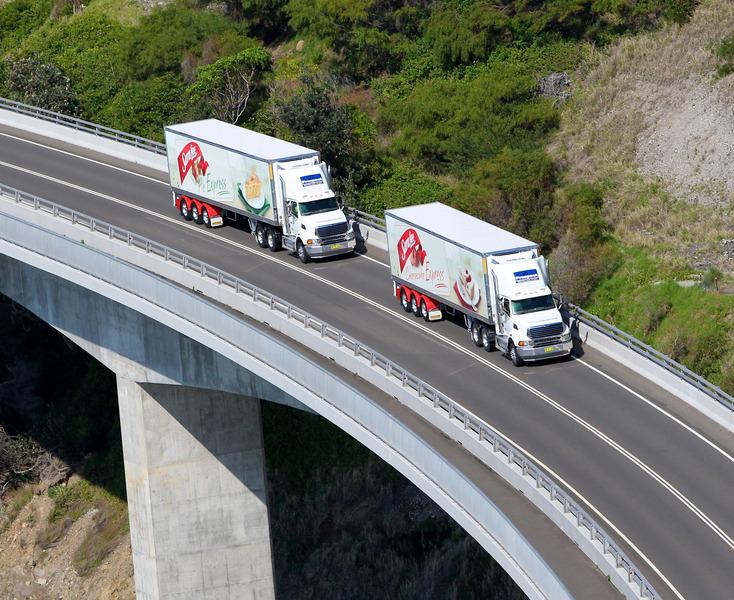