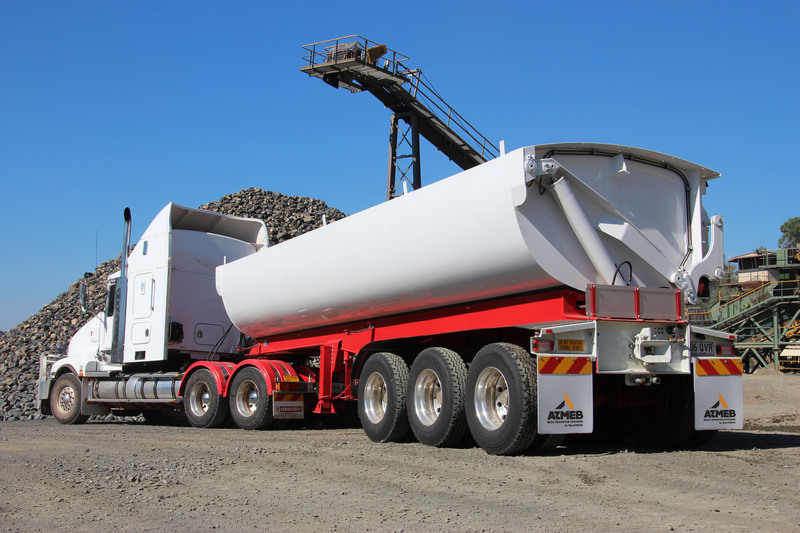 Following its acquisition by MaxiTRANS in May, 2012, specialist side tipper manufacturer, AZMEB Bulk Transfer Systems, has recently undergone an image makeover as part of a new advertising campaign.

Australia's only specialist side tipper manufacturer, AZMEB has launched an updated logo, website and position statement "Tough Tippers for Tough Jobs". AZMEB has also added to its existing manufacturing location by building a network of dealerships around Australia, while increasing production capacity by over fifty percent.

"The new advertising campaign is led by the message 'More than just a new look, AZMEB has a new outlook' and that's very much the way we see it," says AZMEB General Manager, Simon Martin.

"We've had long discussions about how to add value to our product and as a result we've partnered with dealerships all over the country and we're focusing more on customer service. We wanted a fresh new logo to reflect both that new outlook and the heavy duty nature of the product - I believe that's what we've achieved."

Previously, AZMEB operated and sold direct out of a single facility in Bundaberg. "In less than a year, we have added dealerships in Brisbane, Melbourne, Adelaide, Perth and Darwin, along with availability in New South Wales," Martin added.

"We now have local representation in each state, which is designed to make it easier for customers to gain access to the product."

Martin says that the company has also taken steps to expand production to cope with the increased demand as a result of the larger distribution network. "With an injection of capital, an expanded workforce and further manufacturing efficiencies, we've been able to increase production by over fifty percent," he says.

"So despite increased production workload as a result of the wider distribution network, our products are as readily available as ever before without compromising on quality."

"The other advantage of the expanded network is service and parts support," Mr Martin continues. "We now have certified service agents at our dealerships, not just in Queensland, but now around the country, which are able to help with simple repairs through to routine servicing and warranty work. The dealer network also has access to genuine parts, further enhancing our nationwide customer-focussed approach."

The new AZMEB website - www.azmeb.com.au - is now live (web and mobile), while advertisements will begin appearing this month. 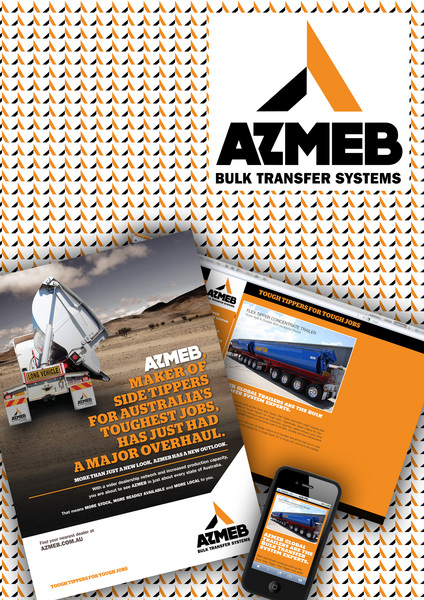