After five years away from the Australian light commercial vehicle market, Peugeot is back, with a three-model lineup of delivery vans that focus on space, usability and safety.

The latter point is what Peugeot are highlighting in their promotion of the new trio, even though only one model is currently available.

Launched in April, the ‘Expert’ is a mid-sized front-wheel drive delivery van that’ll be joined by the smaller ‘Partner’ and larger ‘Boxer’ later this year. While both the Expert and Partner were previously offered here before Peugeot withdrew from the Australian light commercial market in March, 2015, the Boxer will be an all-new model when it arrives in Q3, 2019.

The safety tech is led by Autonomous Emergency Braking (AEB), which is standard across all variants. This, Peugeot says, sets them apart from their competitors as AEB is either optional, limited to certain model grades, or unavailable on other brands. Those competitors include the long-running Toyota HiAce and Hyundai’s popular iLoad vans, as well as models from Mercedes-Benz, Ford, VW, LDV and fellow French brand Renault.

Along with AEB, a surround rear-vision camera, front and rear parking sensors, ABS, EBD, Active Traction Control and a Hill Hold Function are also standard for the new range of Peugeot light commercials. 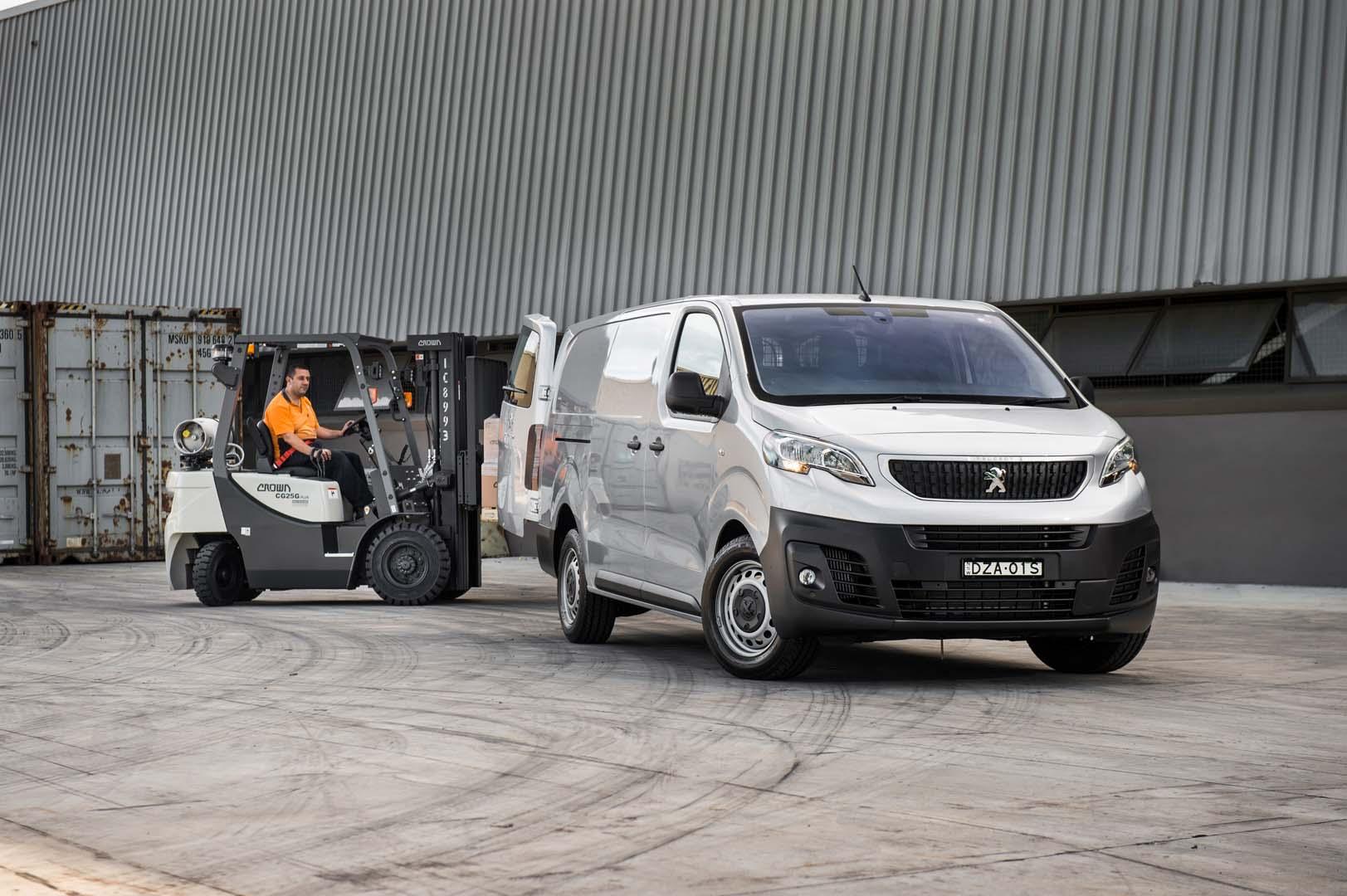 The five-year, 200,000km warranty will be standard on all new Peugeot light commercial variants.

Dating back to 2014, the current generation Peugeot vans were the product of what’s claimed to be more than four-million kilometres of testing that included full load, half load and empty situations on all types of roads. Testing also covered temperature extremes, wading ability, corrosion resistance, component durability and engine durability, including the sort of multiple start-stop use that characterizes delivery work.

Ongoing improvements and upgrades since that launch have made the latest, 2019-model Peugeot vans ready for what the French brand calls ‘real world’ conditions. 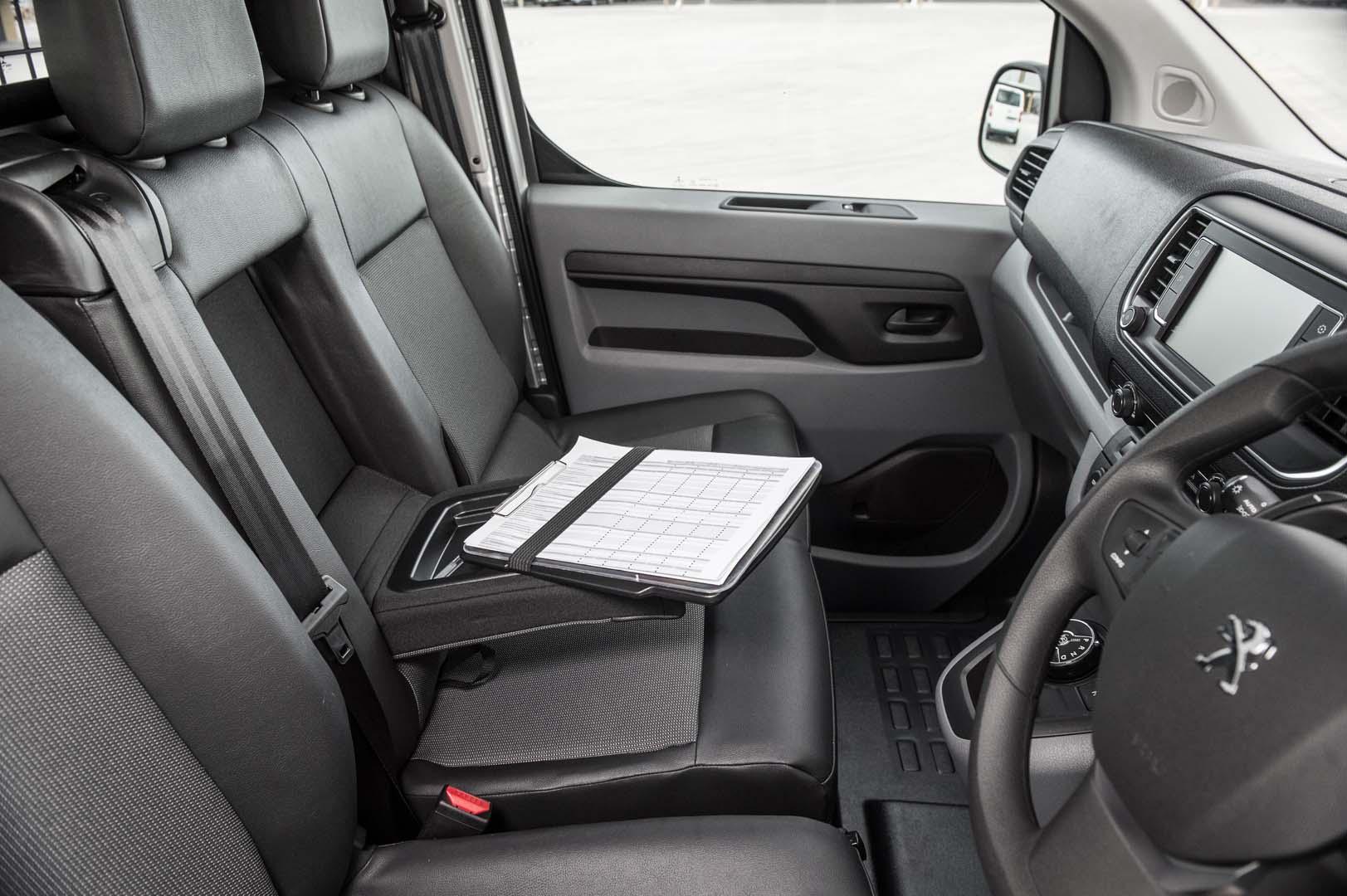 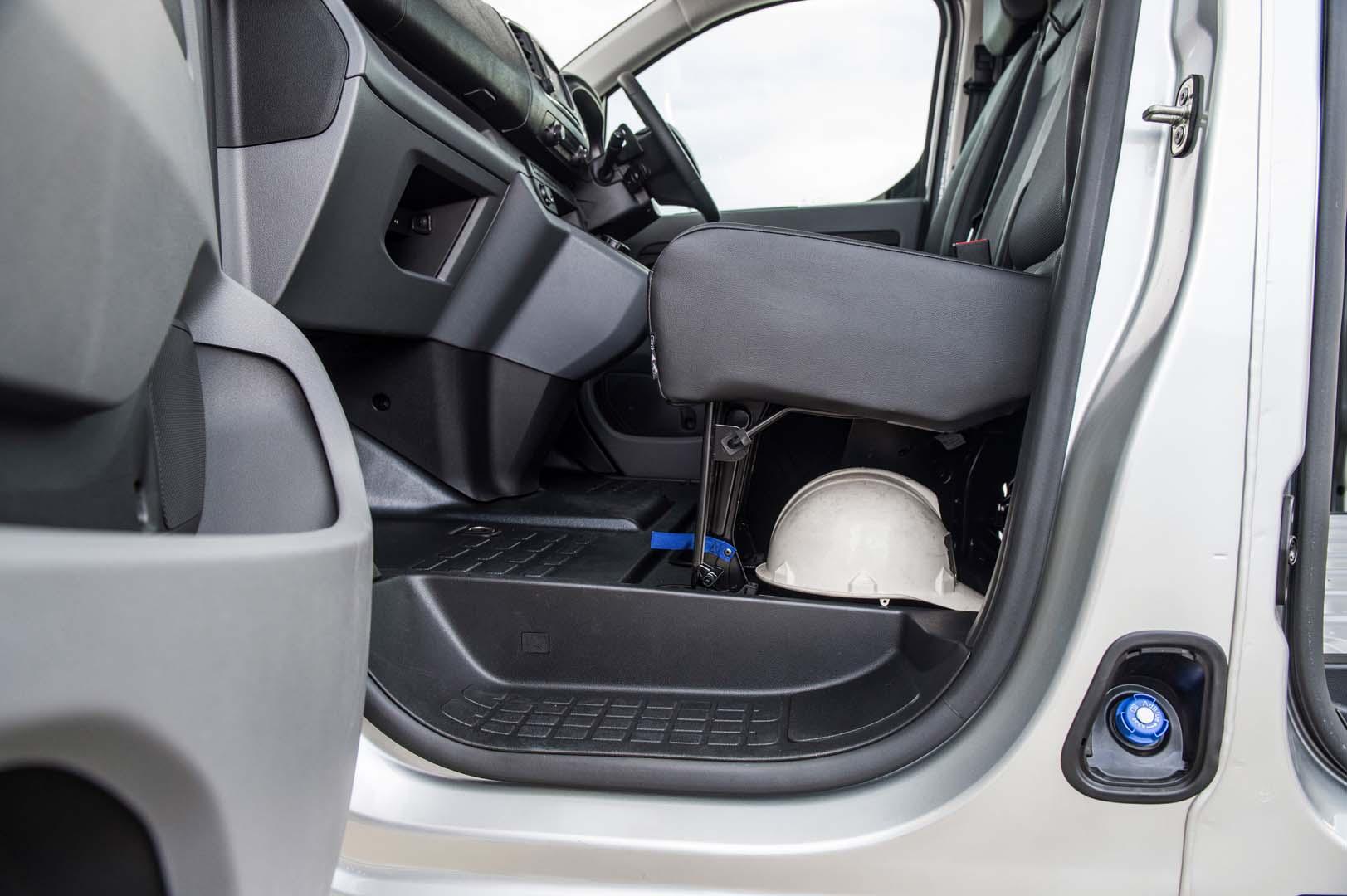 The smallest van in the lineup, the Partner is due for local release in Q3. Given it’s still several months away, details are minimal at this stage, but Peugeot Australia says the Partner will be offered in two body lengths – 4403mm and 4753mm – which are known as the ‘Partner Standard’ and ‘Partner Long’ in Europe.

While maximum load lengths vary from 1817mm to 2167mm, load heights and widths are almost identical. Listed maximum load volume is 3.3m3 for the standard Partner and 3.8m3 for the LWB version in Europe, but an opening in the passenger-side bulkhead increases this to 3.9m3 and 4.4m3, respectively.

To suit our RHD market, a sliding door features on the (correct) left side, with 180-degree barn doors at the rear. Optional in European markets is a second sliding door and a roof flap to allow long items to be carried upright, but it’s unknown whether these features will be offered here. 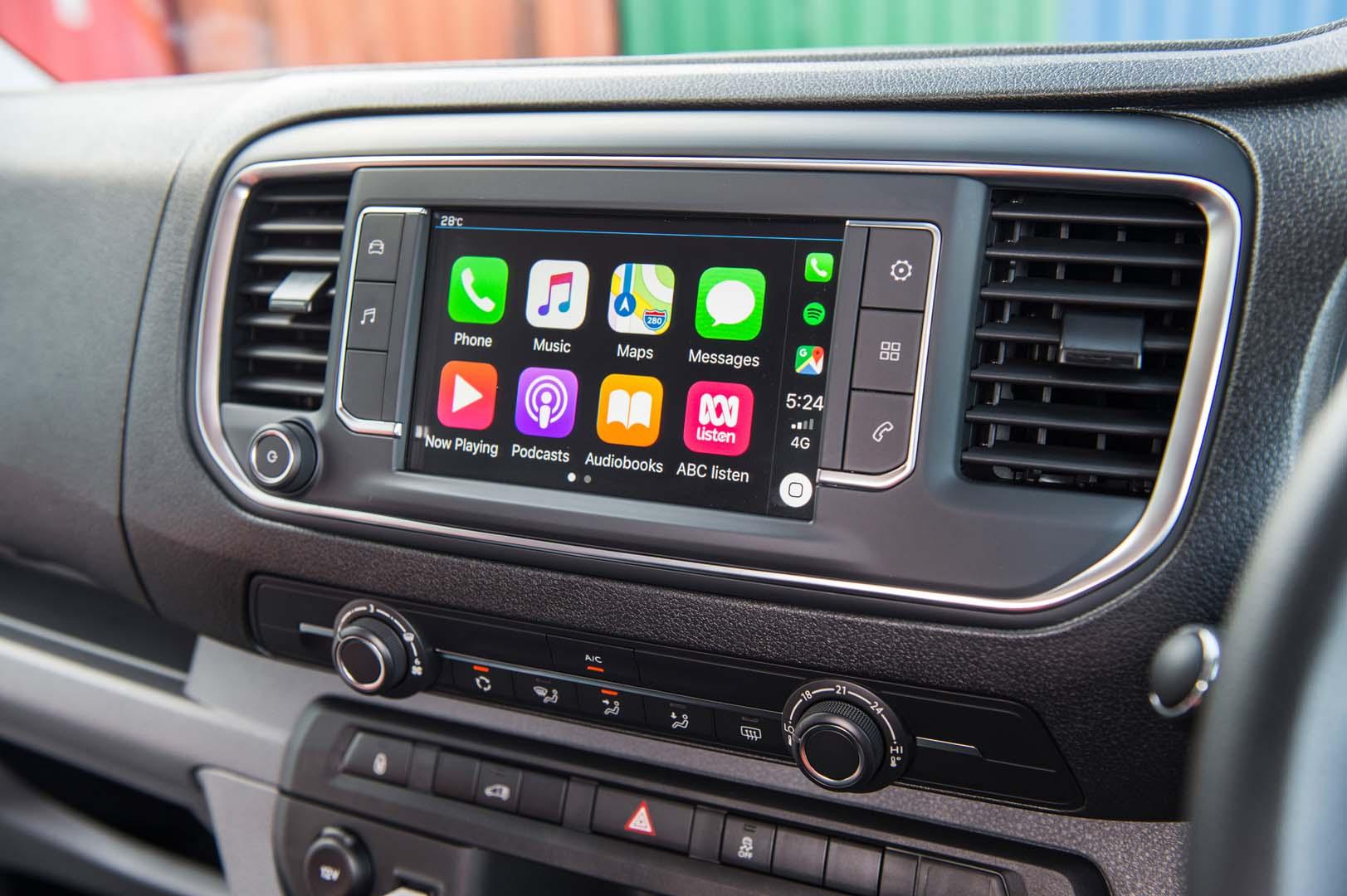 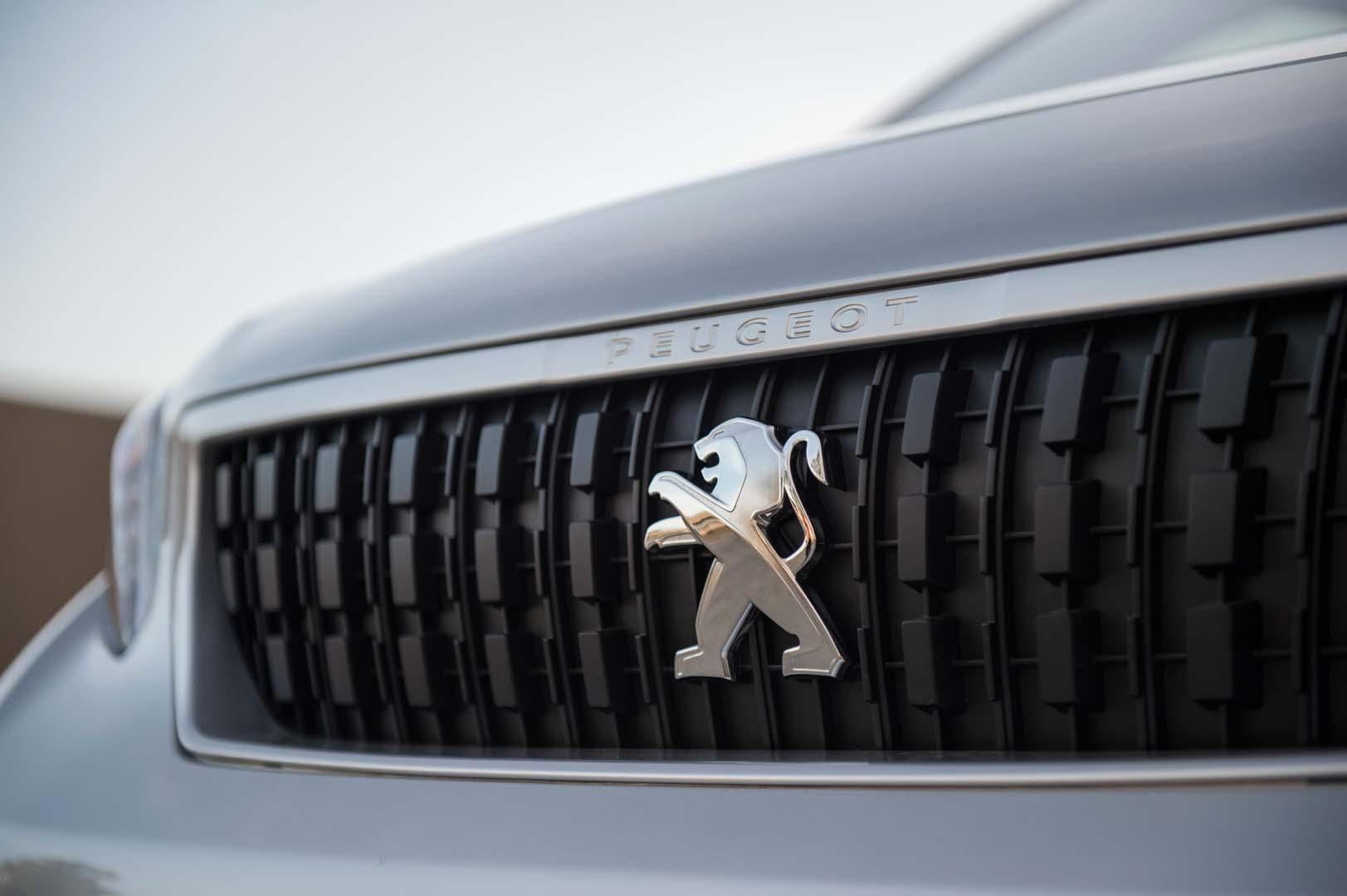 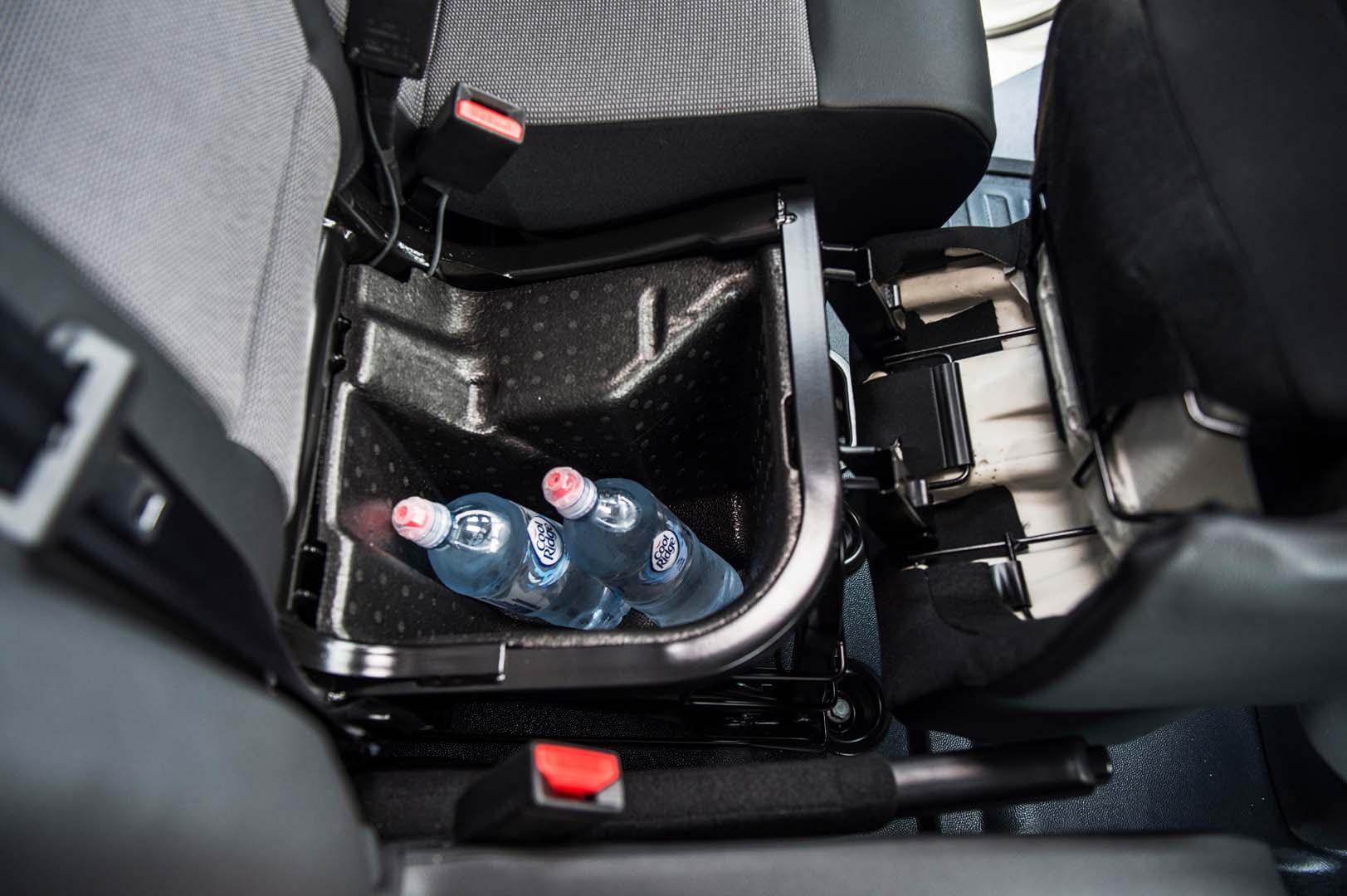 Payload maximums are yet to be revealed, but Peugeot says the Partner can take up to 1,000kg.

Short overhangs and a small wheelbase deliver a turning radius of 10.82m for the standard Partner and 11.43m for the long version.

Built on Peugeot’s EMP2 platform that also underpins the brand’s current passenger cars and SUVs, the Partner has been an award-winner in Europe.

Full specs and pricing for the Partner will be revealed closer to launch. 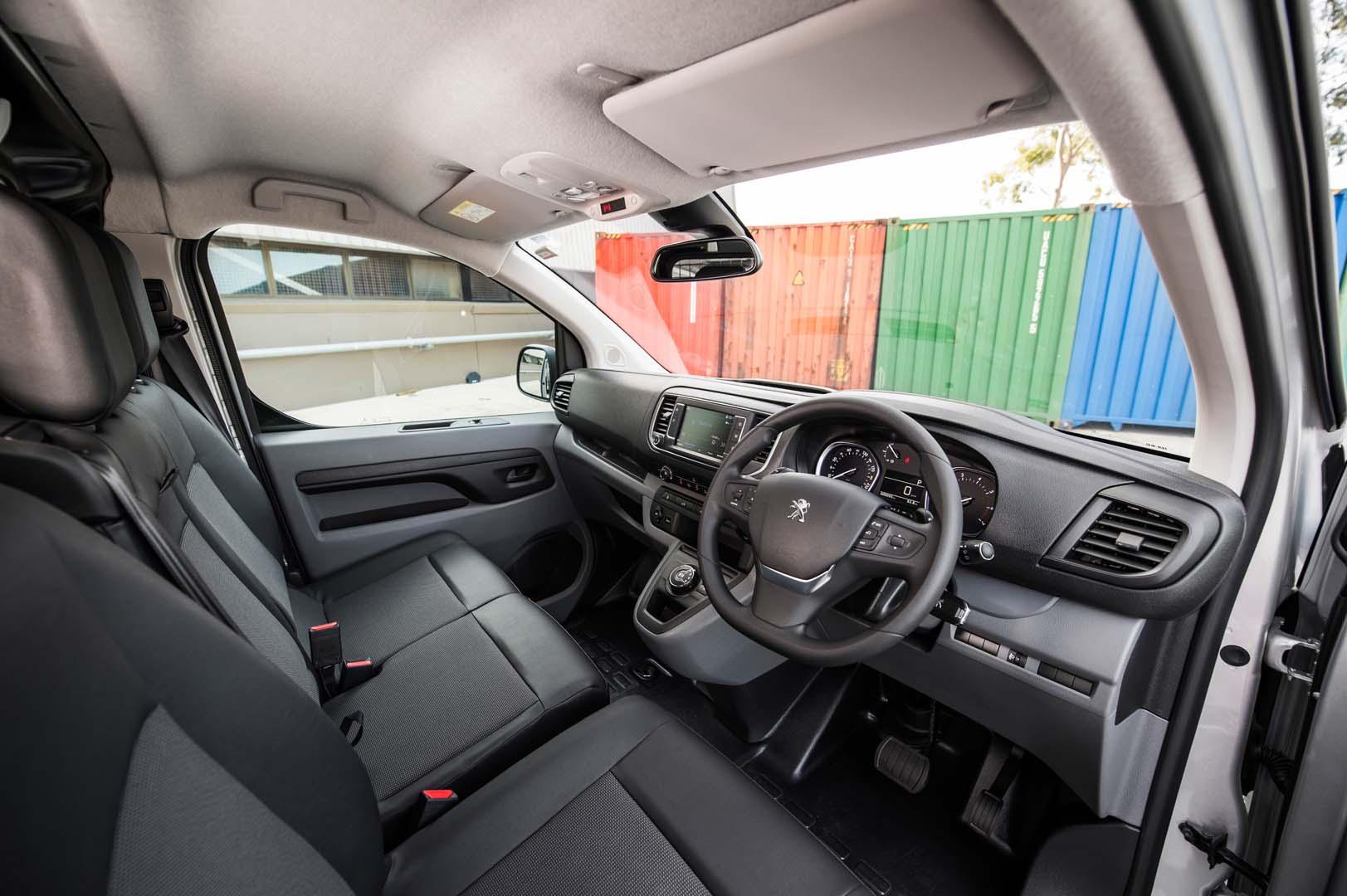 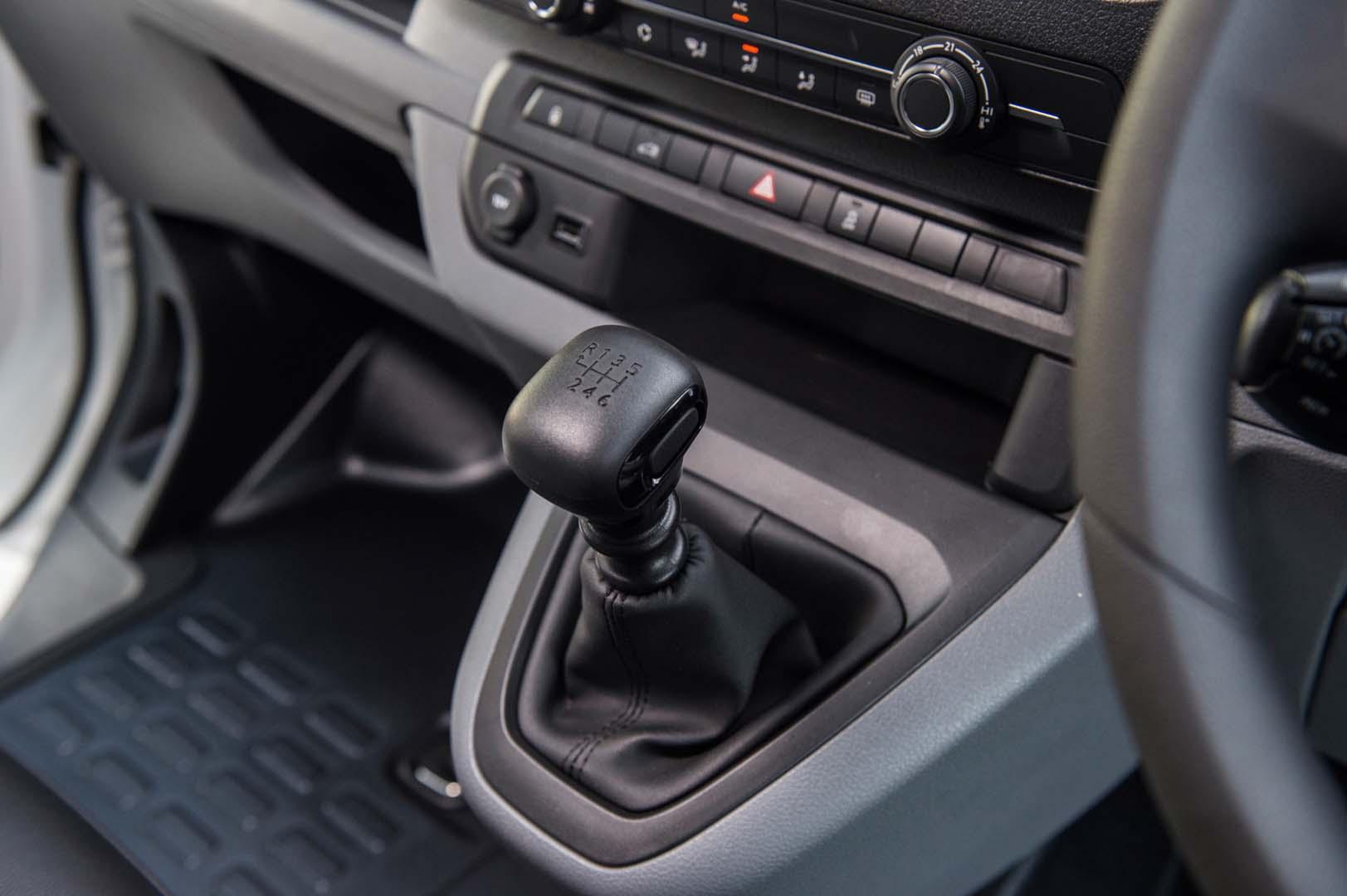 The mid-sized Expert leads the Peugeot light commercial revival and will be available by the time you read this.

Based on the same EMP2 platform as the Partner, the Expert is also available in standard and long versions, the difference this time being 4959mm and 5309mm, but a 3275mm wheelbase is common to both. Width is 2204mm at the mirrors and maximum heights vary from 1895mm to 1935mm, making the Expert practical for entry to multi-level car parks.

A three-seat configuration, trimmed in TEP (vinyl) and cloth, is standard for both body lengths, with the Expert also offering the same ‘Moduwork’ foldable outermost passenger seat as the Partner, enabling items up to 4 metres long to be stowed and increasing cargo volume by 0.5m2 to create additional storage space.

Another clever addition is a swivelling work table incorporated into the folding centre armrest and an insulated storage tub under the centre seat. 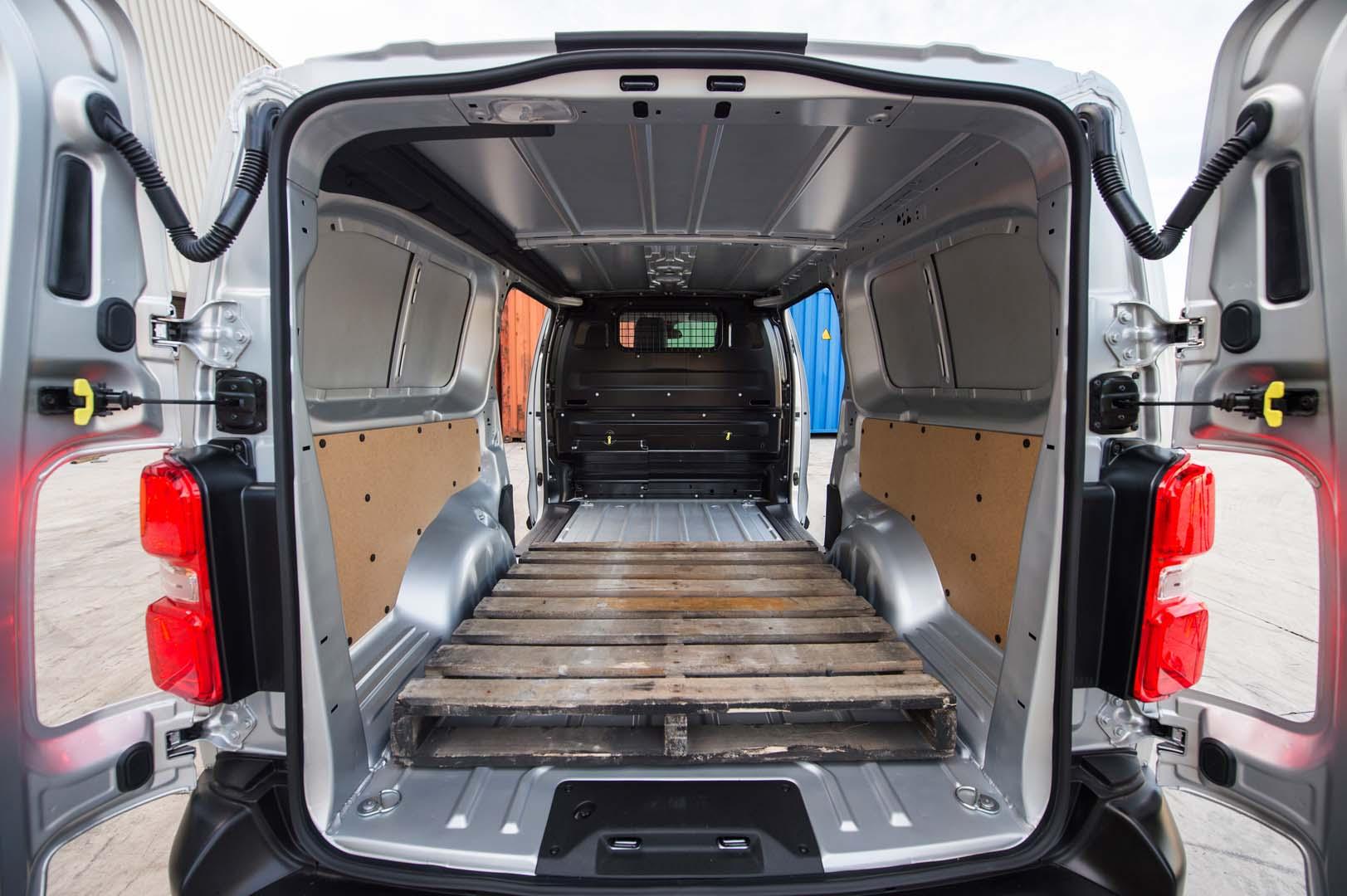 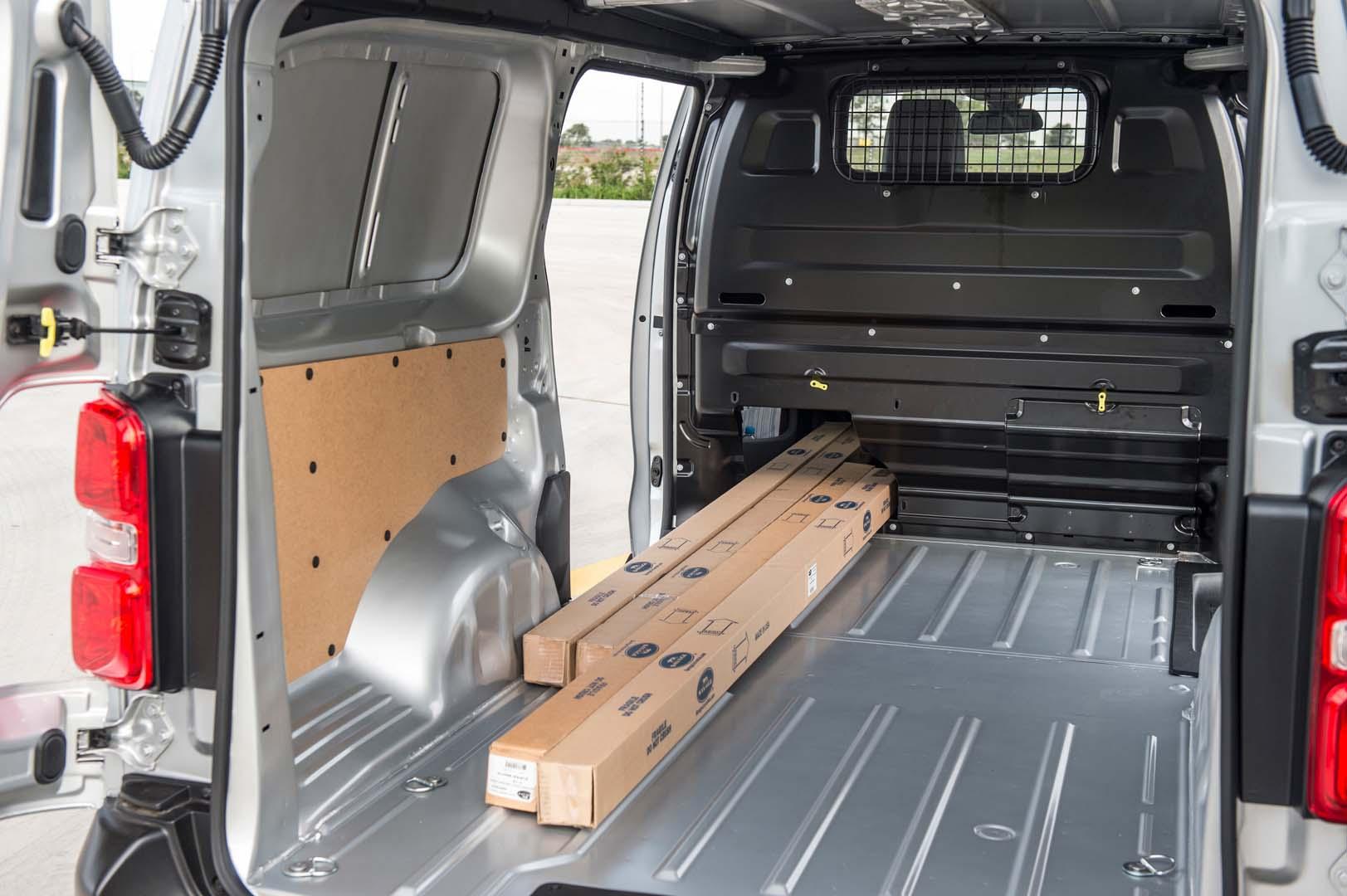 Dual sliding doors are standard on the Expert, with 180-degree rear barn doors for easier loading.

Five variants of the Expert will be offered: three on the standard length; and two with the longer body. The entry-level Expert is the standard-length model, powered by a 1.6-litre ‘BlueHDi 115’ intercooled turbo-diesel four-cylinder engine, producing 85kW and 300Nm. This Euro6-compliant engine is paired with Peugeot’s own BVM6 six-speed manual transmission.

The Expert Standard can also be had with a 2.0-litre ‘HDi 150’ Euro5-compliant turbo-diesel four producing 110kW and 370Nm, and available with either the manual or a six-speed, full-fluid Aisin automatic. 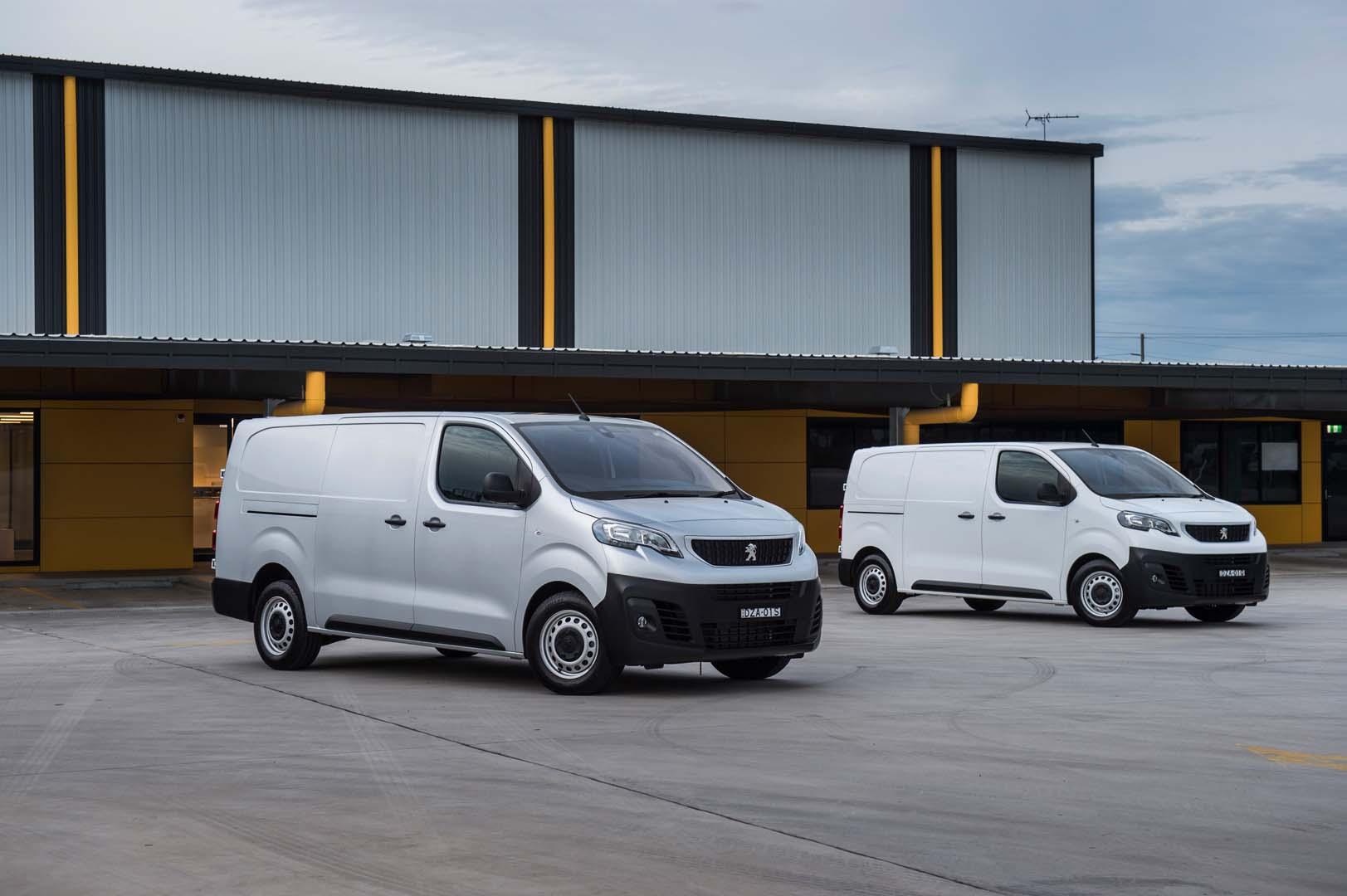 Moving to the Expert Long and the HDi 150 is the standard engine, but you can option up to the more powerful ‘BlueHDi 180’ version of the 2.0 turbo four for this variant. This Euro6-compliant engine produces 130kW and 400Nm and has listed combined cycle fuel economy of 6.2lt/100km. Both Expert Long vans are only available with the auto transmission.

To the standard safety kit on the Partner, the Expert adds blind-spot monitoring and Driver Attention Alert, which will be a boon for business operators looking for a safe mid-size van. 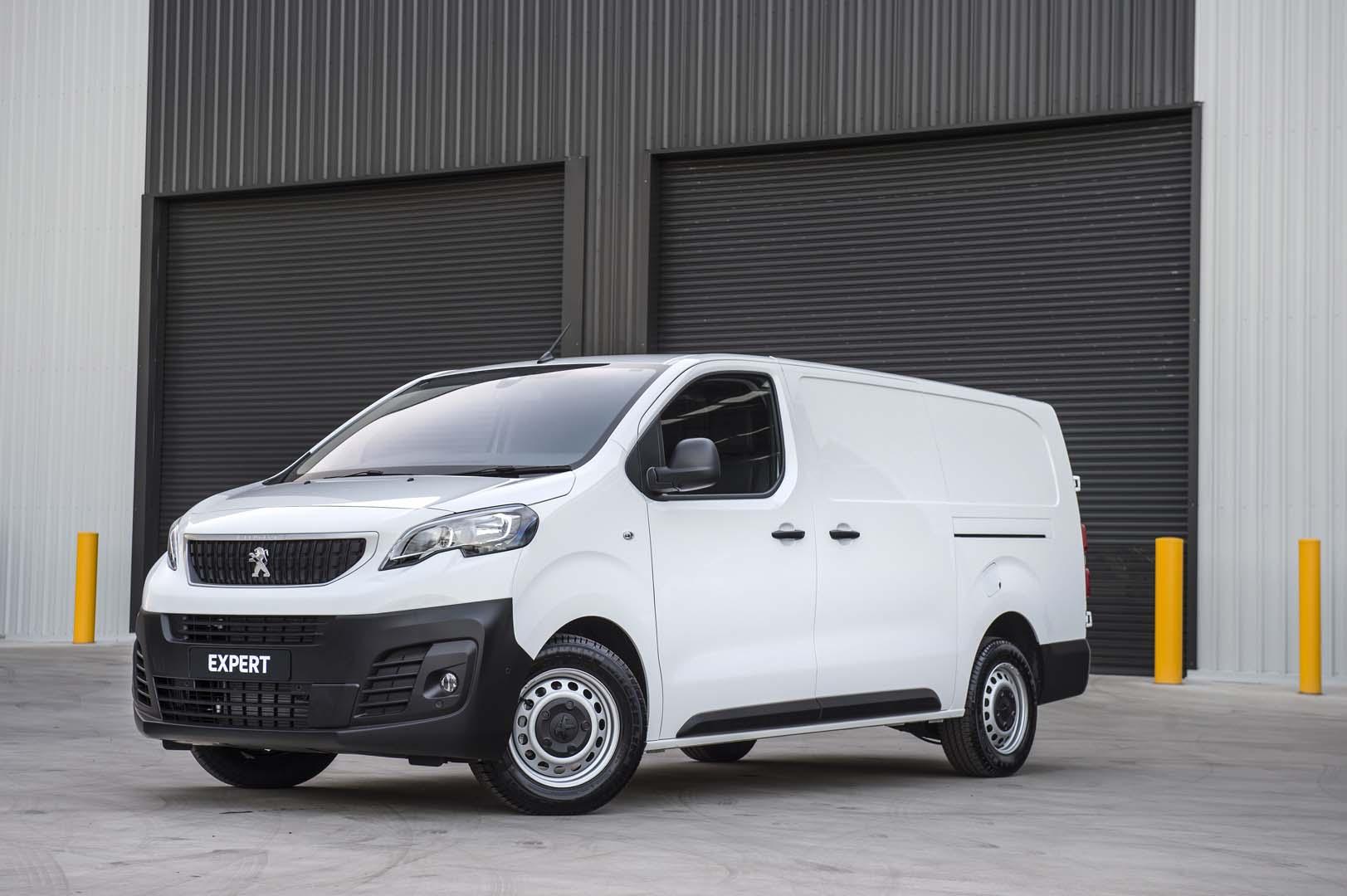 Pricing for the new Peugeot Expert range is as follows: 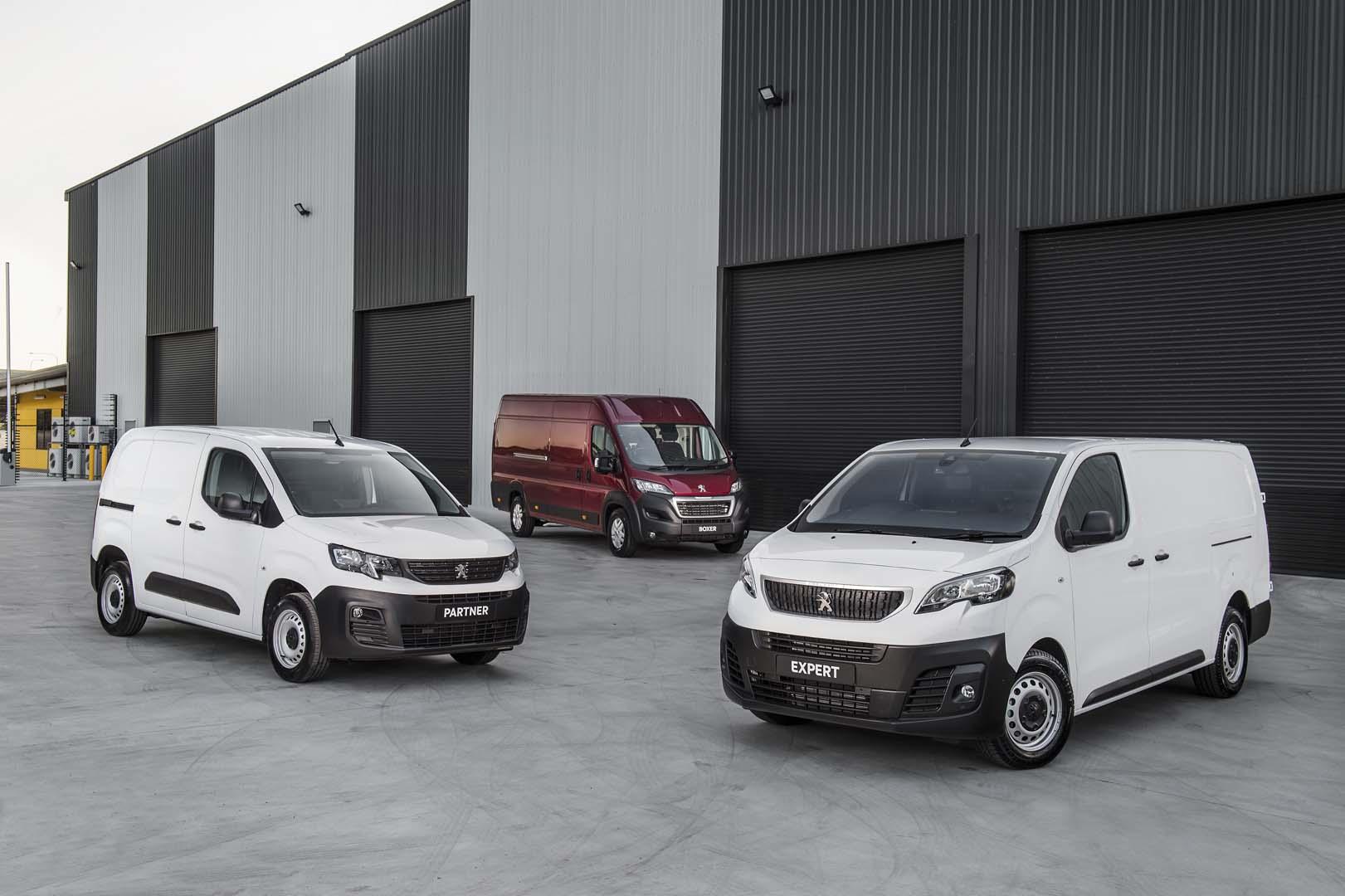 Due to arrive in Q3 along with the Partner, the Boxer will be the largest Peugeot van offered.

Body lengths are yet to be confirmed, but if they follow European specifications, wheelbases of 3.45m and 4.03m will be offered, corresponding to overall lengths of 5.41m and 5.99m, and load lengths of 3.1m and 3.7m.

Cargo volumes vary from 11.5m3 to 13m3, and while high-roof versions of the Boxer - offering up to 17m3 - are available in Europe, these are unlikely to be offered locally.

Drivetrains are still to be confirmed but may include a 2.2-litre turbo-diesel in 96kW/320Nm and 110kW/350Nm forms, as well as a 2.0-litre ‘BlueHDI’ diesel. Manuals will be the standard transmissions, with no mention of automatics for this model.

Like its smaller stablemates, the Boxer will feature AEB, a reversing camera, rear parking sonar and four airbags.

Full specs and pricing for the Boxer are still to be confirmed.

For more details and your nearest showroom in the 33-dealership Peugeot network, go to: peugeot.com.au 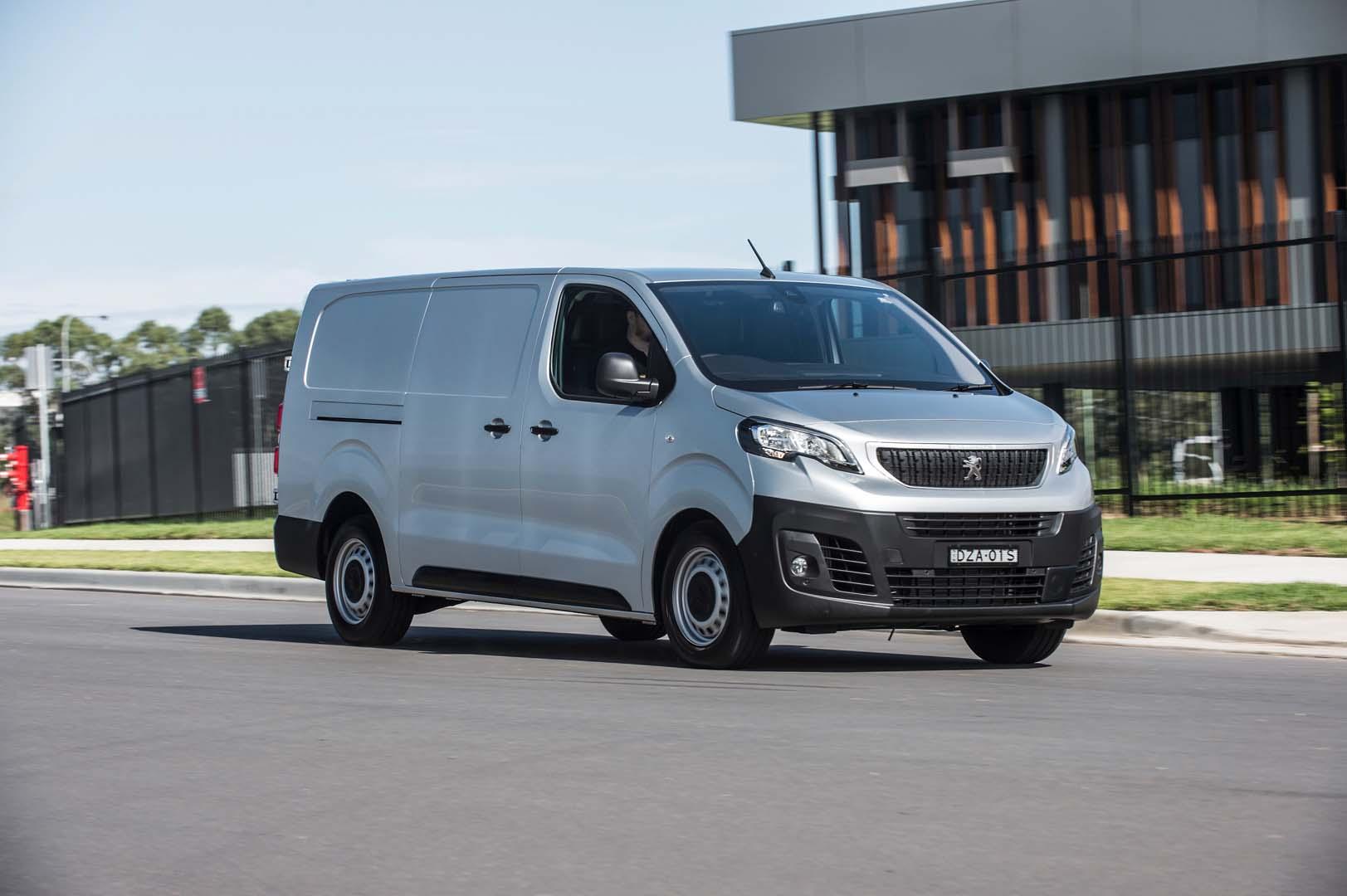