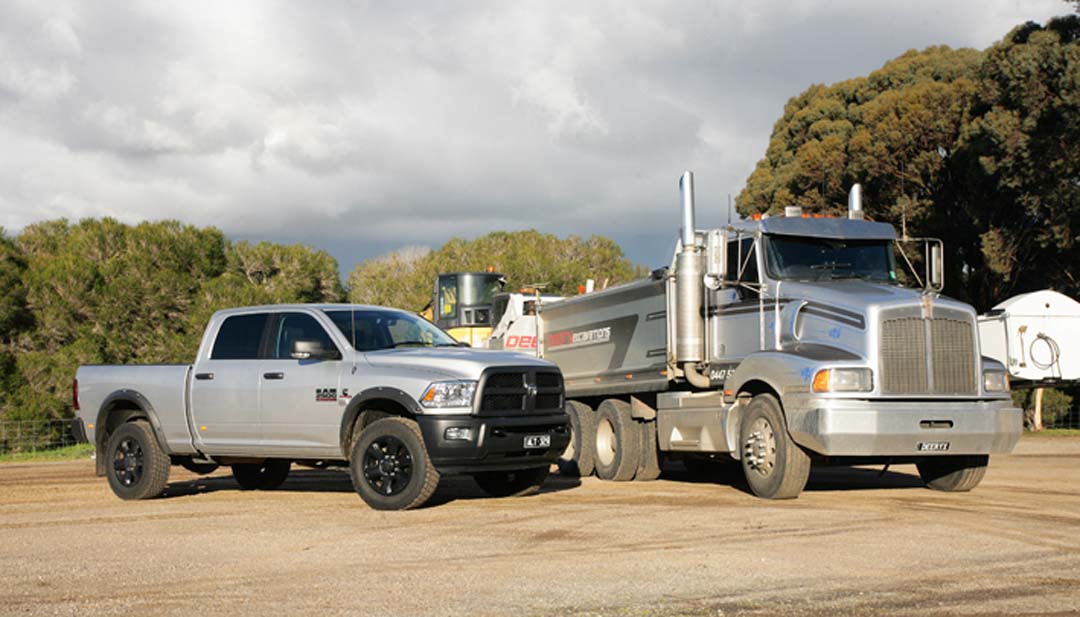 Unless you’ve been living in a cave for the past couple of years, you’ll be aware of the RAM brand of large pickup trucks.

Alongside Chevy Silverados and Ford’s F-Series, RAM has been a staple of the American pickup truck scene for years, but only started entering Aussie truck and commercial vehicle circles in late 2015.

RAM’s arrival in Australia – as a fully complied, RHD vehicle – was originally to be handled by Chrysler, which made sense, as RAM is part of the broader FCA (Fiat Chrysler Automobiles) family, but FCA Australia’s problems earlier in 2015 provided an opportunity for Walkinshaw Automotive Group and Ateco Automotive, who, in a joint venture branded American Special Vehicles (ASV), started importation and conversion almost two years ago.

RAM is undeniably a niche product, and there’s no doubt it’s a “want” vehicle, rather than a “need” one for some buyers, but there’s potential for growth as our new vehicle market changes.

Stunning to behold in the metal and with some impressive figures on its spec sheet, RAM presents pretty well, but how good is it in the real world and how practical is it to use in place of other light commercial vehicles? We recently had one on test to find out.

In North America, RAM is available in three basic categories, 1500, 2500 and 3500, as well as a cab-chassis version for specialty use (tipper, service body, etc.). Of that lineup, only the 2500 and 3500 are offered locally, with ASV undertaking the right-hand drive conversion and all other ADR and compliance requirements.

Both RAMs certainly stand out compared to other dual cab utes on the market, with unmistakably bold and very “American” styling that’s a big part of their appeal.

Of the two, the RAM 2500 has a payload capacity of 913kg and a rated towing capacity (braked trailer) of a whopping 6,942kg. To put that into perspective, it’s almost double the maximum towing capacity of a HiLux or Ranger, but you can still drive it on a car licence, as the GVM is 4,490kg.

That’s irrelevant for truckies, as they already have a light truck or higher grade licence, but will appeal to those who only have a car licence.

Be advised that those impressive tow ratings do require a pintle mount: use a 50m tow ball and towing capacity is cut to the same 3,500kg max as the competition. Upgrade to a 70mm tow ball and that increases to 4,500kg.

Both the RAM 2500 and 3500 are powered by a 6.7-litre Cummins turbo diesel six-cylinder engine, outputting 276kW and 1084Nm. This is matched to a 6-speed auto transmission and part-time 4WD system with low range and a mechanical LSD.

For most people, that amount of load-lugging capacity and that sort of torque is more than they’ll ever need, but it also opens up a number of possibilities.

The first application I can think of is for smaller earthmoving contractors and the like to use the RAM as their work vehicle, as it can easily pull a trailered small dozer, excavator, etc., while still being plush and comfortable enough for weekend fun.

As well as a hauler for large horse floats, boats and jumbo-sized caravans, there’s also potential for the RAM to start appearing at large rural properties, like cattle stations, as well as mining operations, as the “best ute” for transporting clients and special guests.

That large payload capacity would allow a lot more options when it comes to customised service bodies, too.

To put my initial theory to the test, I took a RAM 2500 ‘Code Black’ around to Jason, a mate of mine who runs an earthmoving business and got him to run an eye over it.

The Code Black is a limited edition and specially kitted-out version of the RAM 2500 Laramie that’s defined by a blackout treatment on the grille, bumpers, badging and special off-road wheelarch flares. The Code Black also gets black 8-lug 20-inch wheels shod with all terrain tyres as standard and is limited to silver or white paint choices.

As you can see from the photos, the RAM, at a little over 2 metres wide and 6 metres long, isn’t much shorter or narrower than the Kenworth tipper my mate currently uses.

What appealed most to Jason about the RAM was its “dual” nature. While it obviously doesn’t have the payload capacity of the Kenworth, the RAM can be used for shopping, family duties (seating for six) and fun on the weekend, like camping; something the Kenny certainly can’t!

If plant transport was all that was required, Jason said he’d be very tempted to buy a RAM, as he liked the look of the vehicle and loved the interior (more on that in a moment). He was also impressed by its towing capacity, as well as the payload rating and space in that 1,939mm L x 1,687mm W load bed.

The load bed is coated to minimise damage, features integral tie-down points and the wheelarch intrusion isn’t as bad as you’d think. It also features some clever touches, like an opening centre section for the rear window and a light for the load bed.

Inside, the RAM 2500 Code Black offers space aplenty in both seat rows, as well as an impressive level of appointments for what’s essentially a commercial vehicle.

Front row 40/20/40-split leather seats are power adjustable, with heating and cooling functions, while the driver’s seat memory function got the thumbs up from Jason.

The base of the rear bench is a 60/40-split that folds up to allow more storage space when you don’t have all the family on board.

To achieve their six-seat capacity, all RAMs offered here come with a column-mounted gear shifter: something of a rarity these days, but in this instance, it works well and allows that additional space.

To compensate for the lack of reach adjustment on the steering wheel, the pedals are adjustable, while power windows, a sunroof and multiple charge/power points (USB, 12v, 220v) are all standard.

You also get split-level climate-control air con and an abundance of in-cabin storage options.

To get a better handle on the RAM’s day-to-day practicality, we put the 2500 Code Black through its paces across several days of various road and traffic conditions, and even threw in some light off-roading.

No matter where we ventured, the RAM drew a lot of attention, which was no surprise, really, but what was surprising were the amount of questions we got, specifically technical stuff like what’s under the bonnet and how much can it carry.

On long highway stretches and b-roads, our RAM 2500 Code Black was a breeze to drive, to the point where you forgot how big it was. Tighter suburban streets were handled better than expected, too, with strong acceleration from standstill and good handling in more confined areas and over speed bumps, despite the RAM’s size and weight.

A reversing camera and front and rear parking sensors take most of the stress out of parking, but common sense must prevail - remember, the RAM is more than 2 metres wide and 6 metres long.

With some typically changeable Melbourne winter weather, the RAM’s cabin proved to be a comfortable place to be - certainly more than any truck I’ve driven recently.

On the off-road side of things, the RAM 2500 Code Black proved to be abundantly capable. As long as you keep the part-time 4WD system engaged, the oodles of torque from that Cummins diesel should pull you out of any predicament you might encounter in the bush or on those clay and mud-filled job sites.

After our time with it, we believe the RAM 2500 Code Black can certainly fill a “working” vehicle role. For those trades that use a vehicle to carry or tow the same amount of heavy or bulky gear often – I’m thinking small-to-midsize plant contractors, traffic control crews, concreters and maybe even sparkies or plumbers -  the RAM can fill that role. Sure, smaller utes and other trucks can fill that role, too, but the smaller utes simply can’t match the carrying and load capacity of a RAM, while comparable trucks aren’t as comfortable and usable away from work.

The starting price of $139,500 (plus ORCs) for the standard RAM 2500 isn’t cheap, but there’ll be buyers who’ll snap one up regardless. The Code Black limited edition we tested is a built-to-order proposition (contact your RAM dealer), so it carries a premium over the standard RAM 2500 price and is the icing on what’s already a very big and tasty cake!

For specific applications, there’s really nothing out there that compares to the RAM 2500 and RAM 3500. If your combination of work and play needs line up, these pickups are certainly worth considering when you’re looking to update your rig. 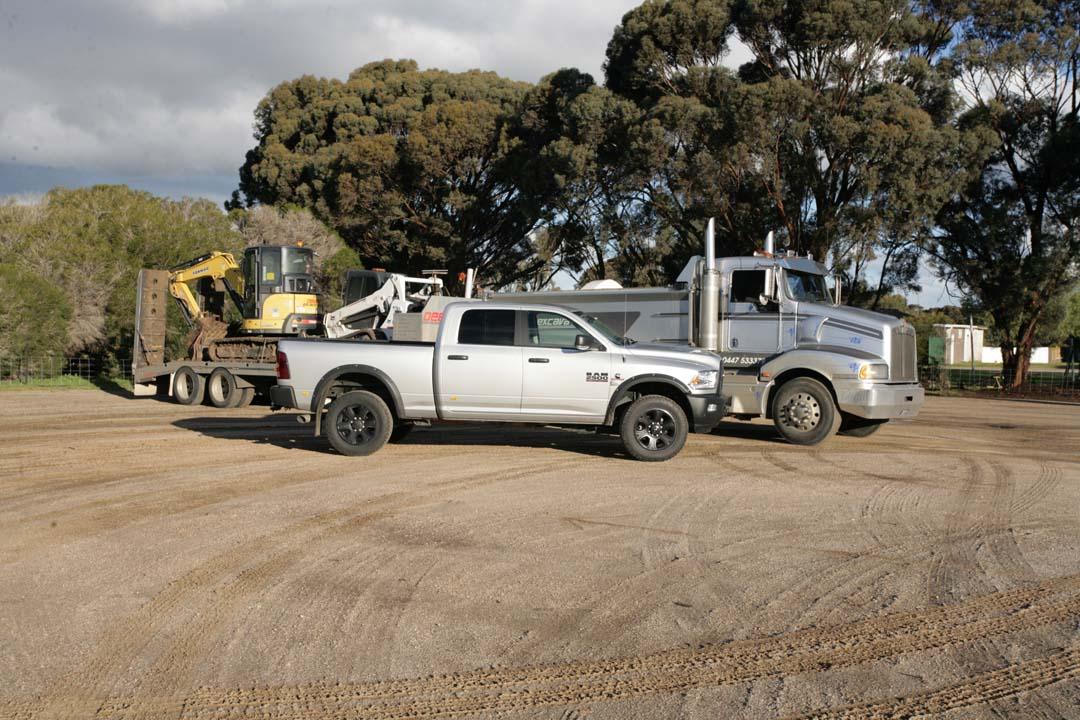 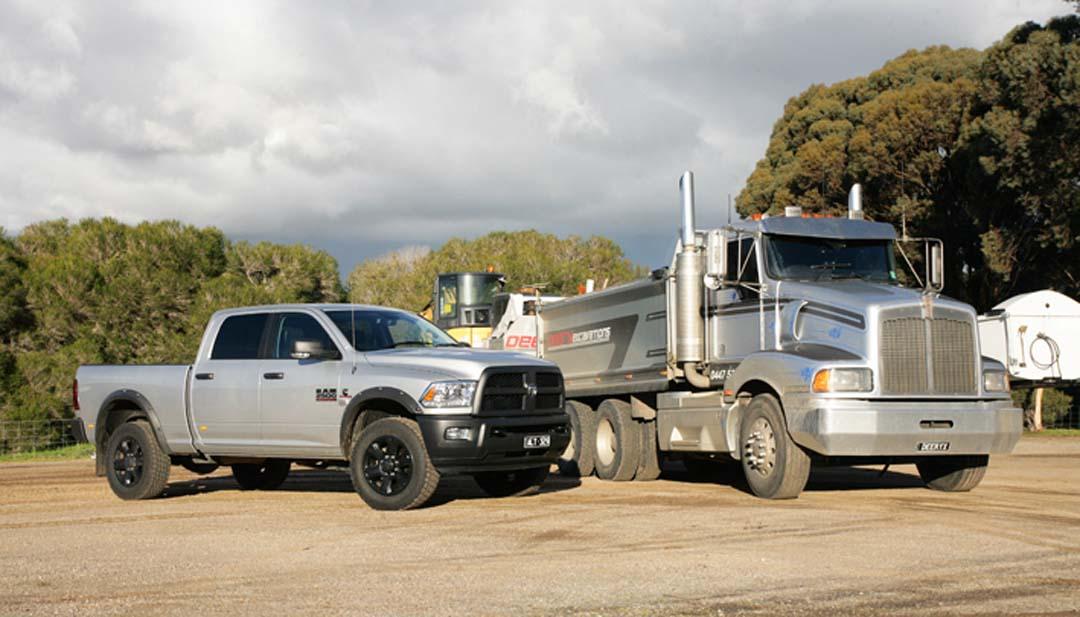 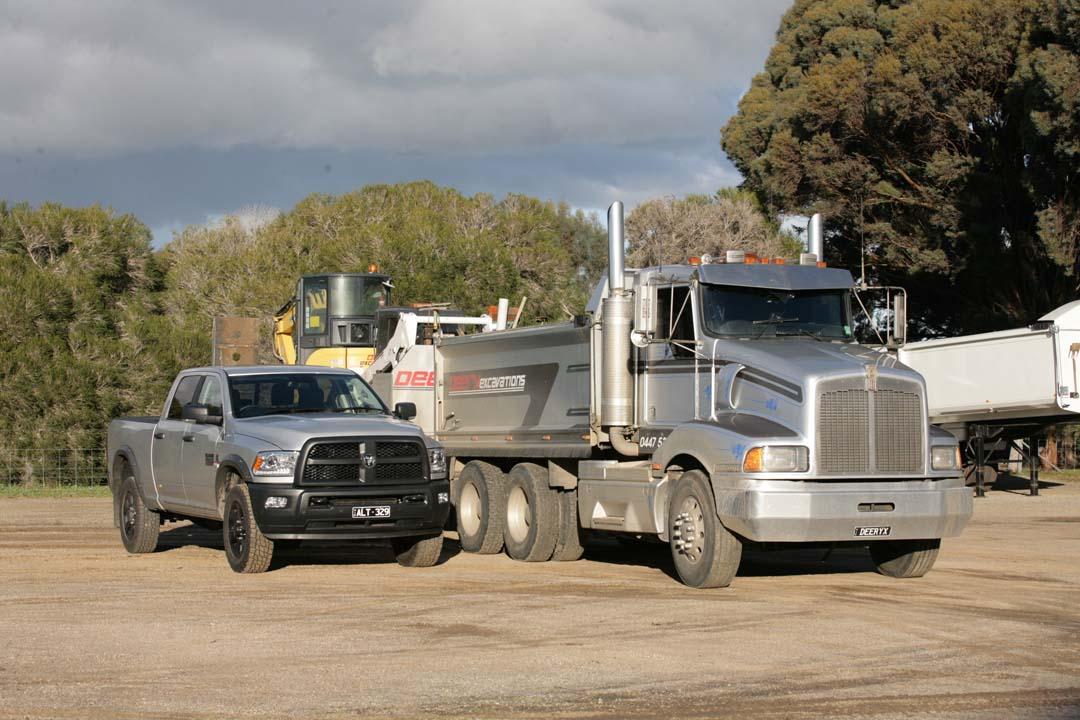 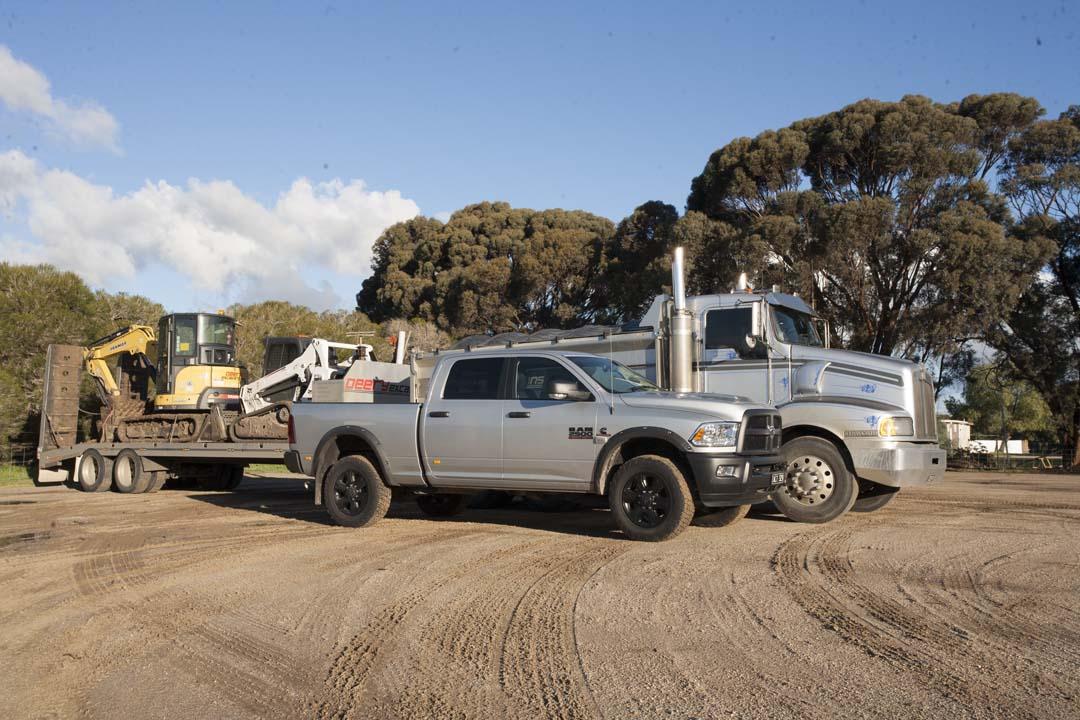 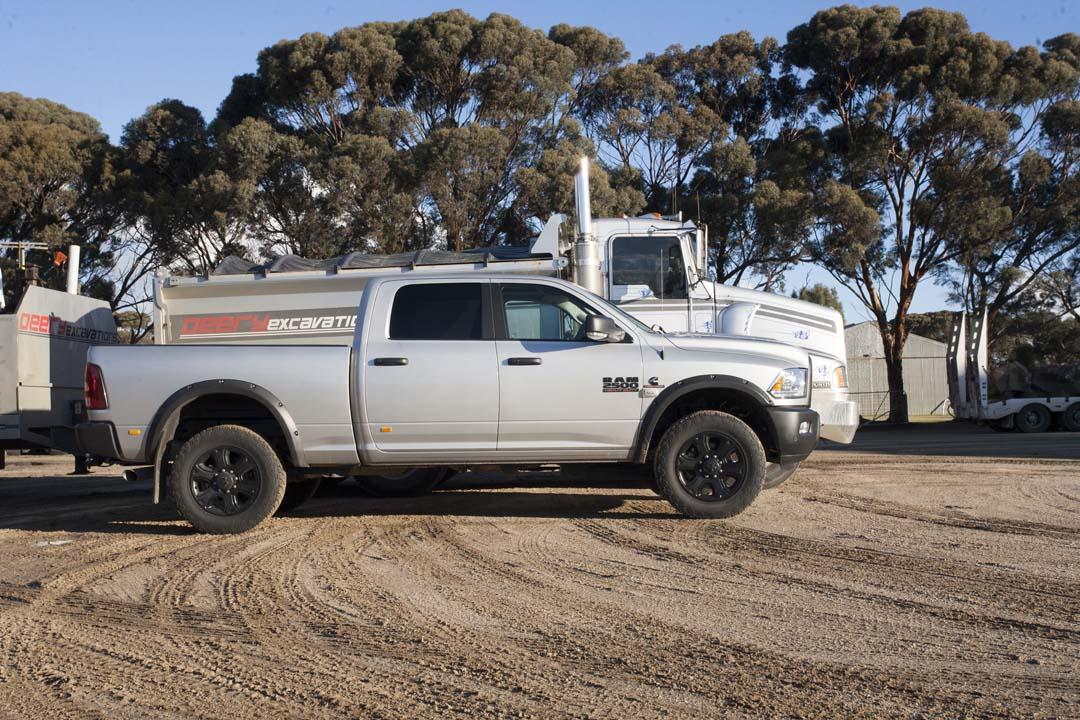 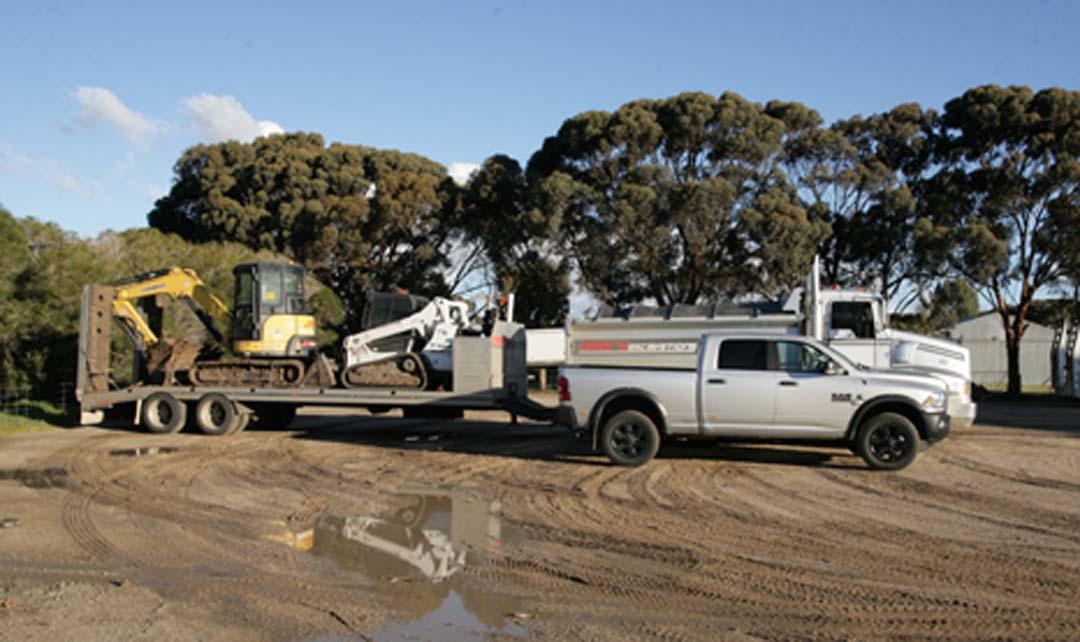 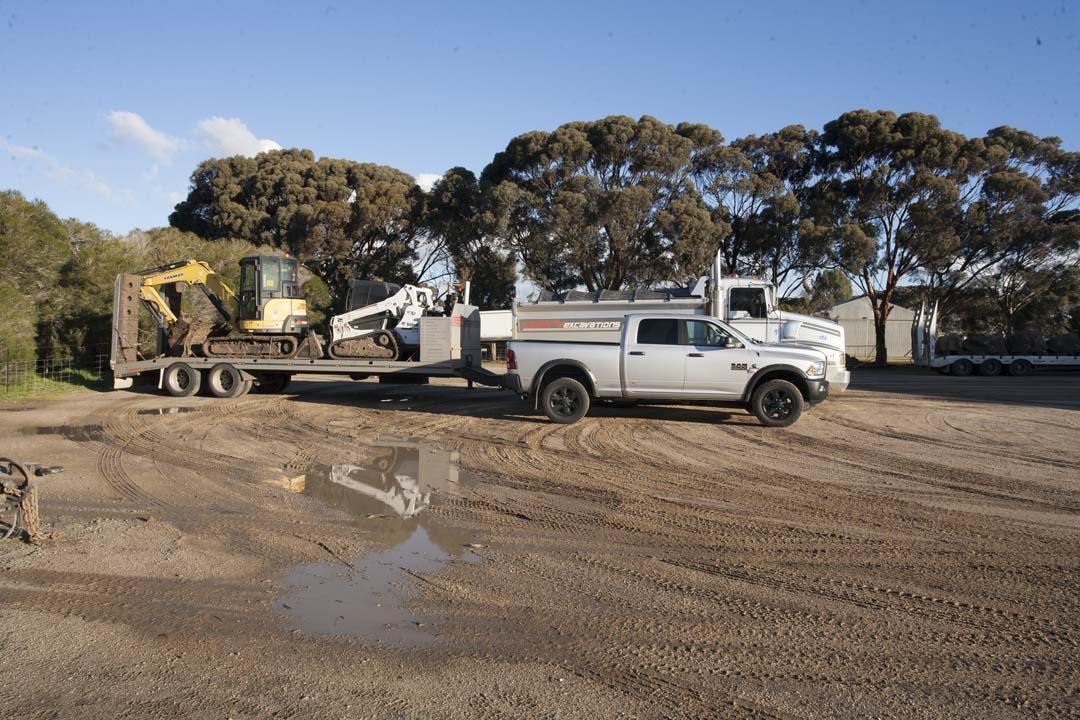 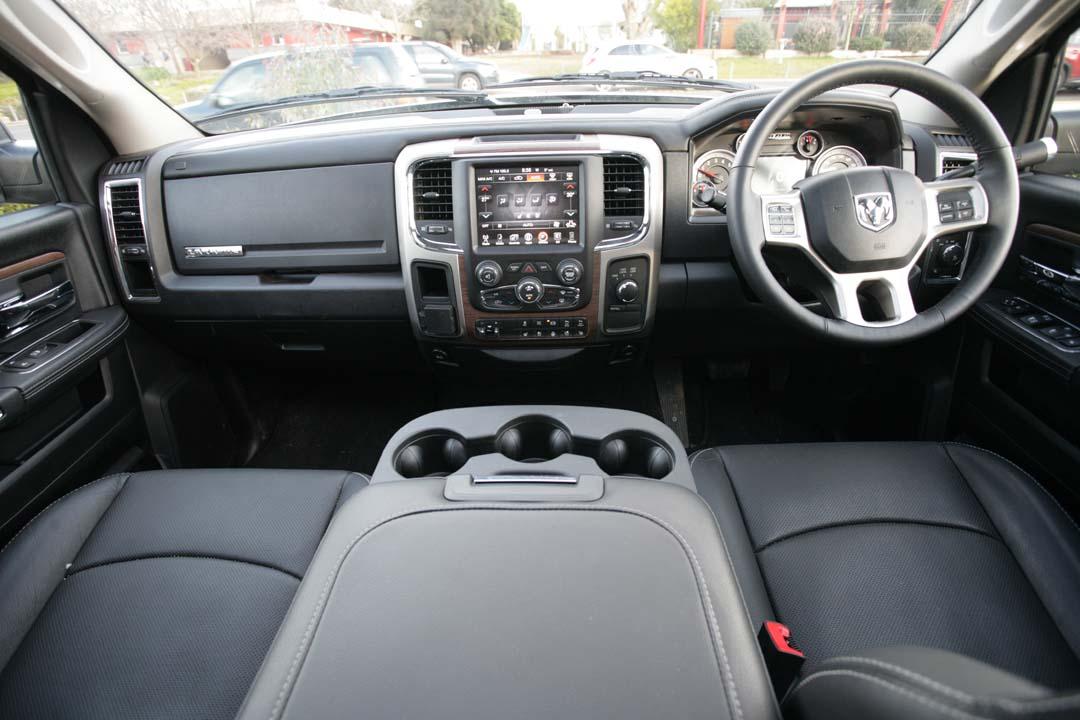 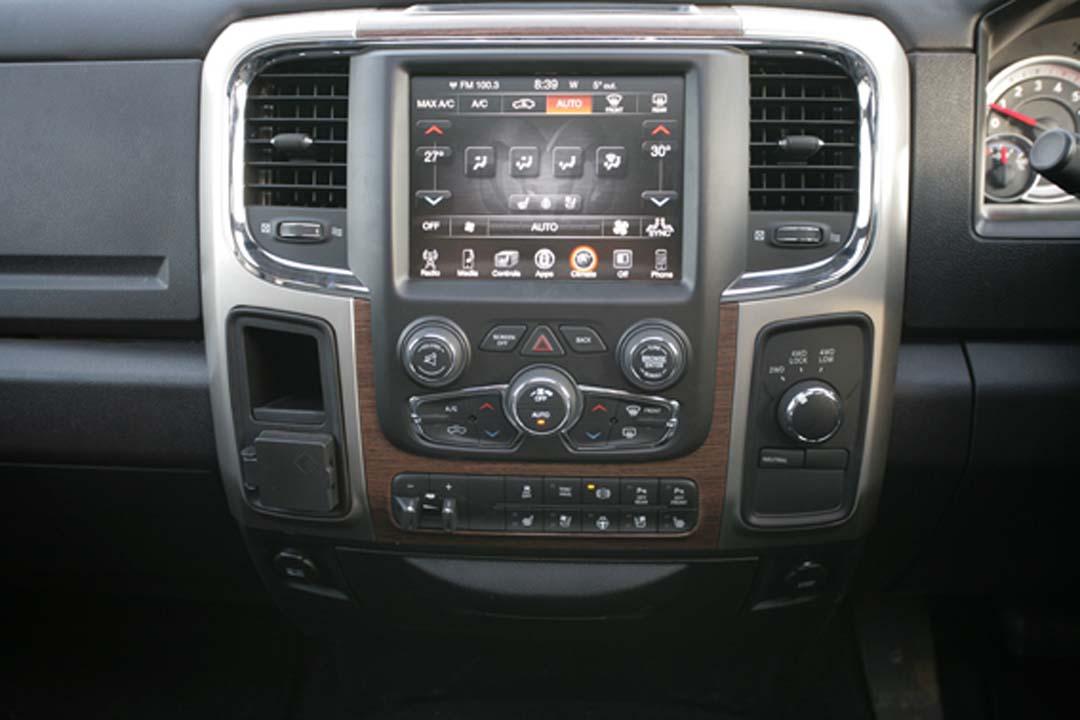 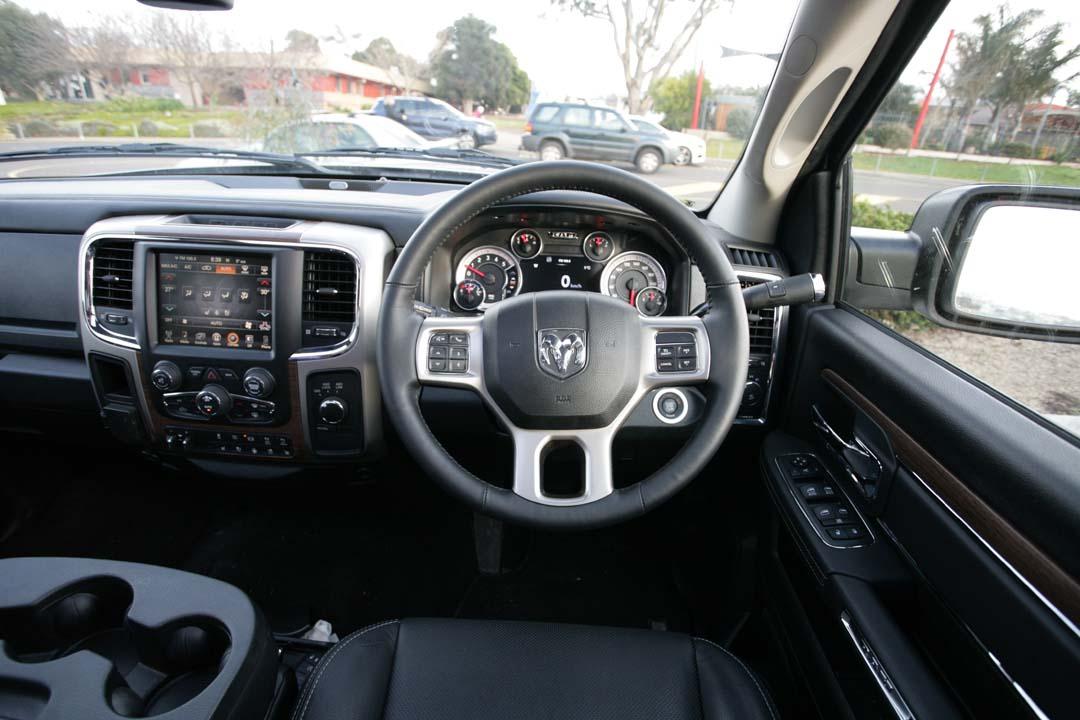