A special collection of rare machinery was on show – and in action – for a special cause. 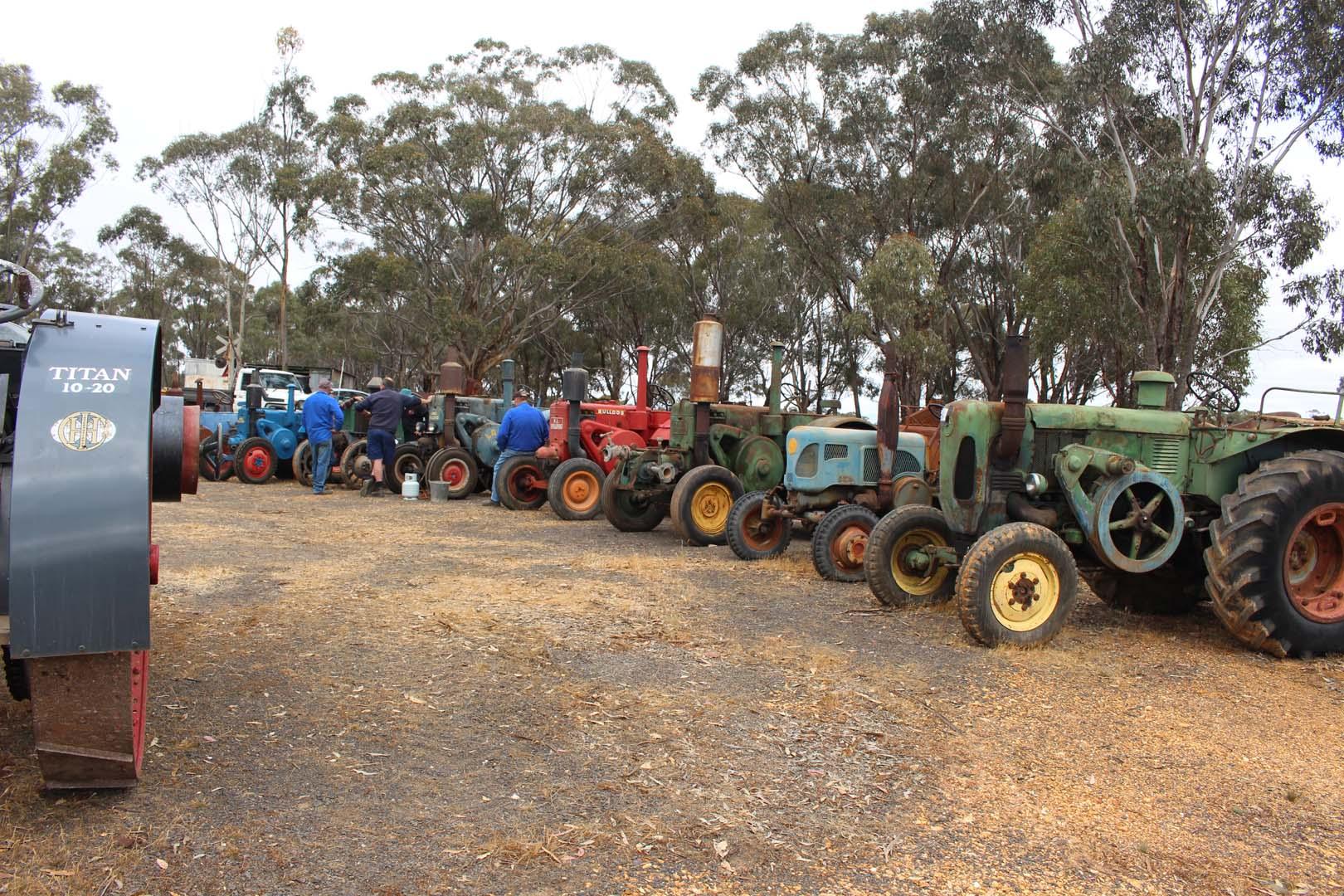 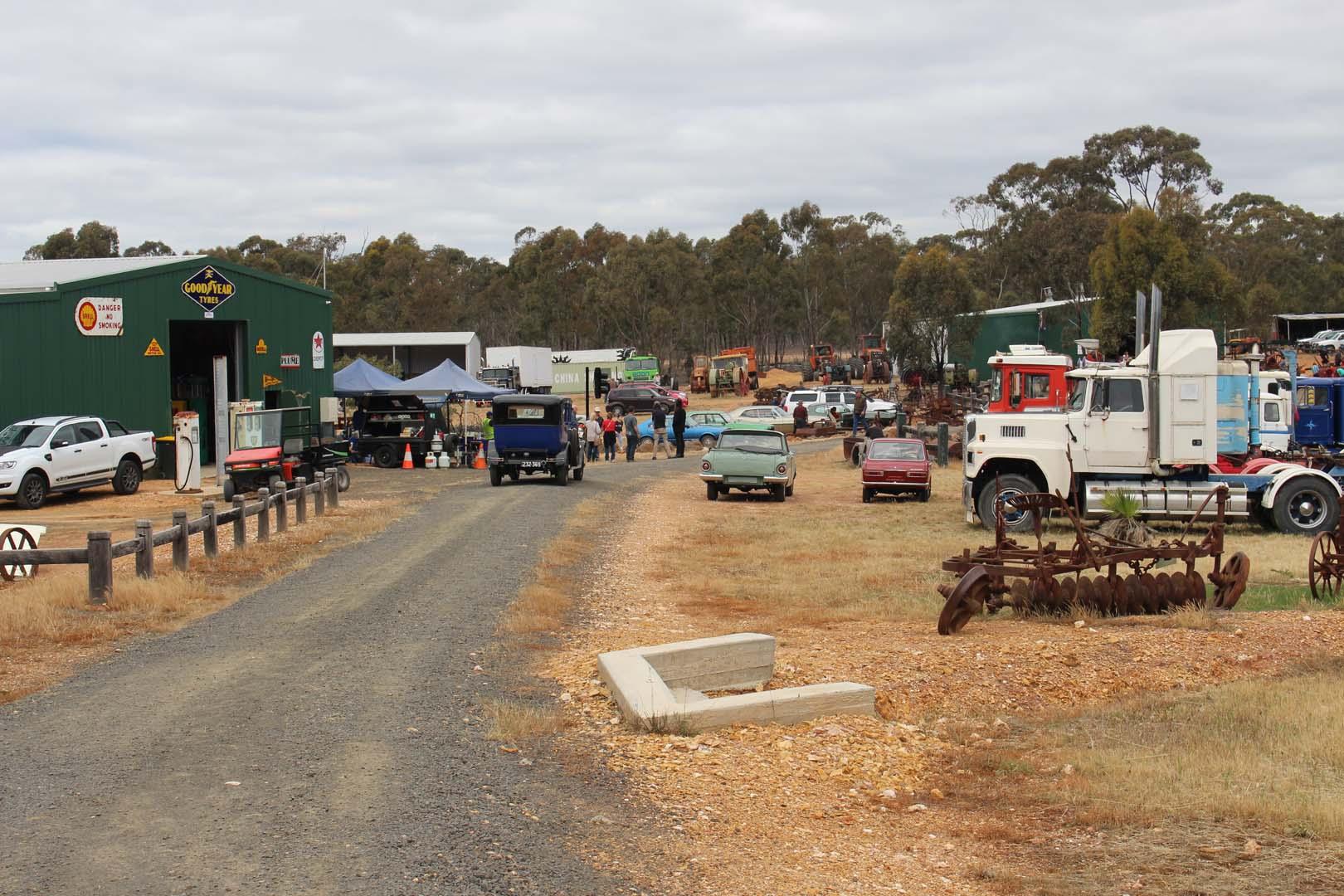 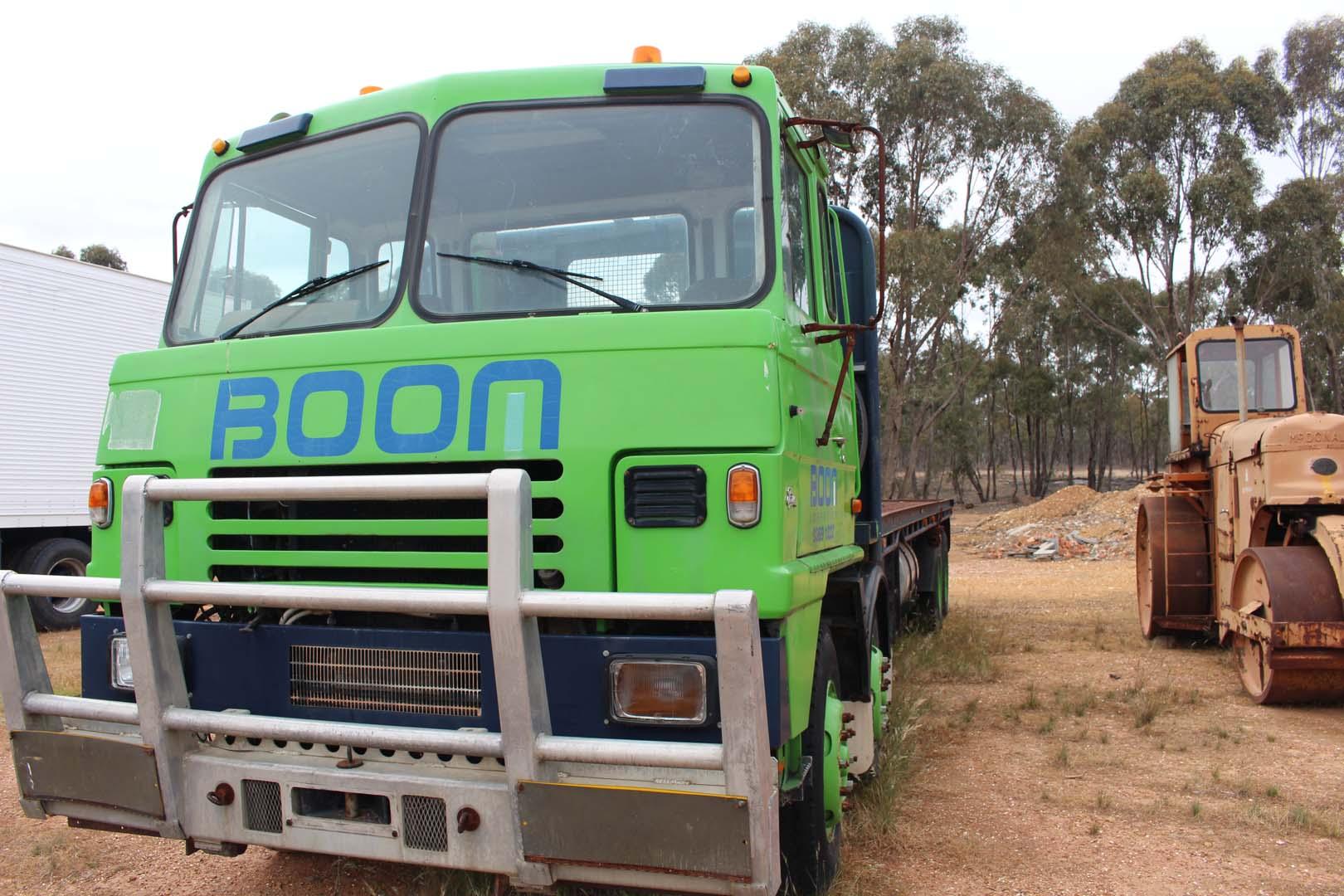 You only need to spend a few minutes talking to David Beer to get an appreciation of the passion he has for vintage machinery. Be it trucks, tractors, farm implements and other agricultural equipment, stationary engines, motorcycles or automobiles, David loves them all, but has a particular fondness for older and rarer vehicles, especially rare, steel-wheeled tractors.

That passion was fostered in his youth when he bought his first vintage car – a 1923 Oakland tourer – when he was just 15.

“I’ve always had a connection with older stuff,” David explained. “Dad couldn’t afford modern stuff. When I was being brought up, we still had working Clydesdales in use on the farm – and when you’re a kid having to work with horses, all you want is a tractor!”

A Huber ‘Super Four’ tractor from the mid-1920s would have been the teenage David’s second classic, and while he did eventually get that tractor, it took more than three decades to do so.

“My mother wouldn’t let me buy it back then,” David recalled. “It got sold to a bloke near Tullamarine, then he sold it at auction to a bloke at Portland. Something like 35 years later, I bought it - it’s marvellous how you get back on to stuff.”

When David finally got it, the Huber was a complete wreck, due to years exposed to the coastal salt air. David’s an accomplished restorer, though, and soon had the rare, US-made tractor – believed to be one of only around a dozen in Australia – fully restored and in running order.

“The Huber is my personal favourite. It’s got a real gutsy sound about it - like it’s going to pull a mountain over!” David laughed.

When it comes to picking his favourite tractor, David has literally dozens to choose from, the result of more than five decades collecting rare and unusual tractors from around Australia.

He’s retired now, but David still spends most weekdays at Maryborough Machinery, the used truck, tractor and machinery business in Carisbrook, Victoria, that’s run by his son, Jeffrey. On the weekends, David can usually be found in one of the many sheds that dot his property, bringing another old machine to life or fettling one he’s already brought back from the dead.

And while he’s proud of his collection, David certainly doesn’t hide it away. The sheds are opened for visiting car clubs and vintage machinery groups to visit.

More recently, the chance to raise money for a great cause saw the collection opened to a wider audience. 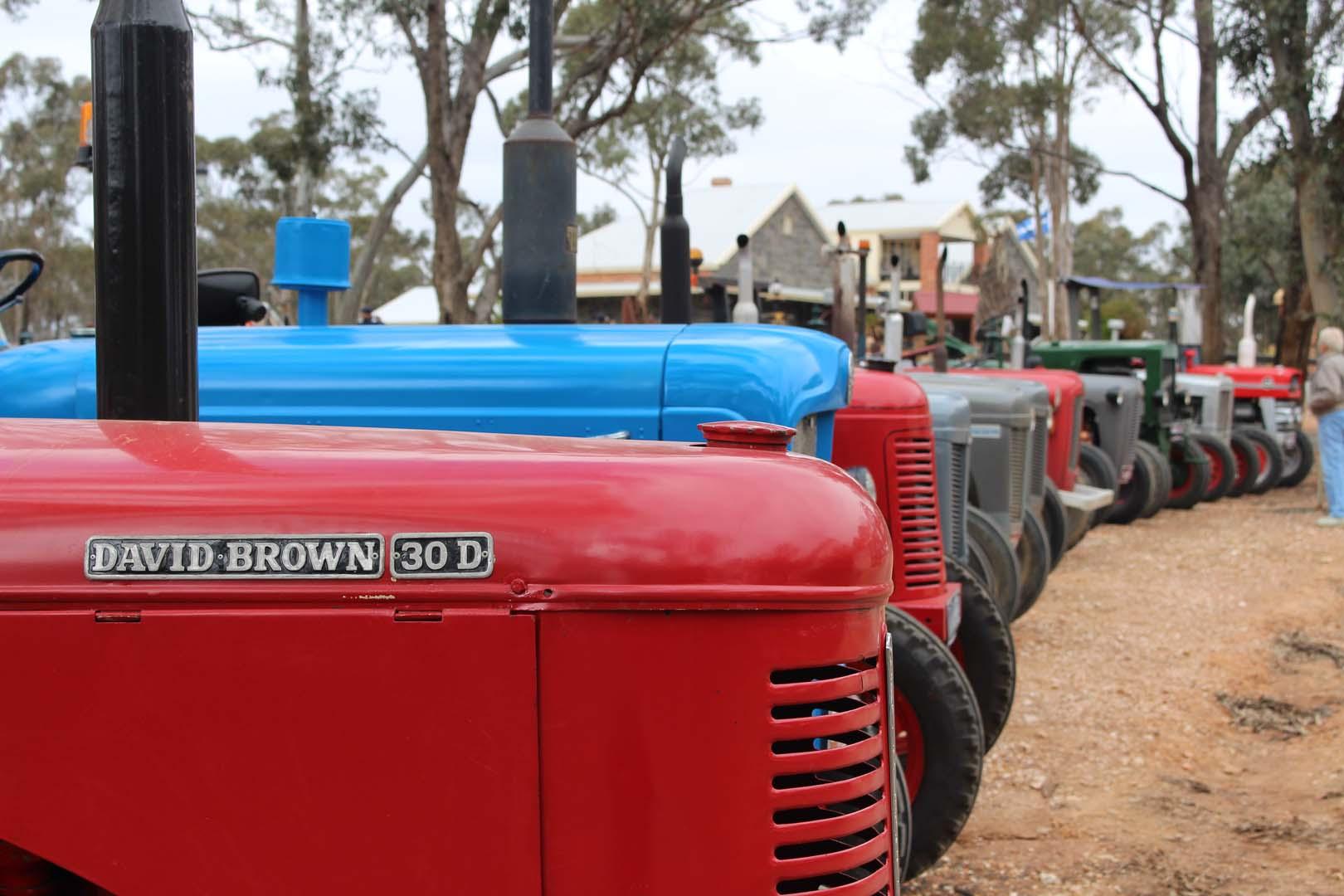 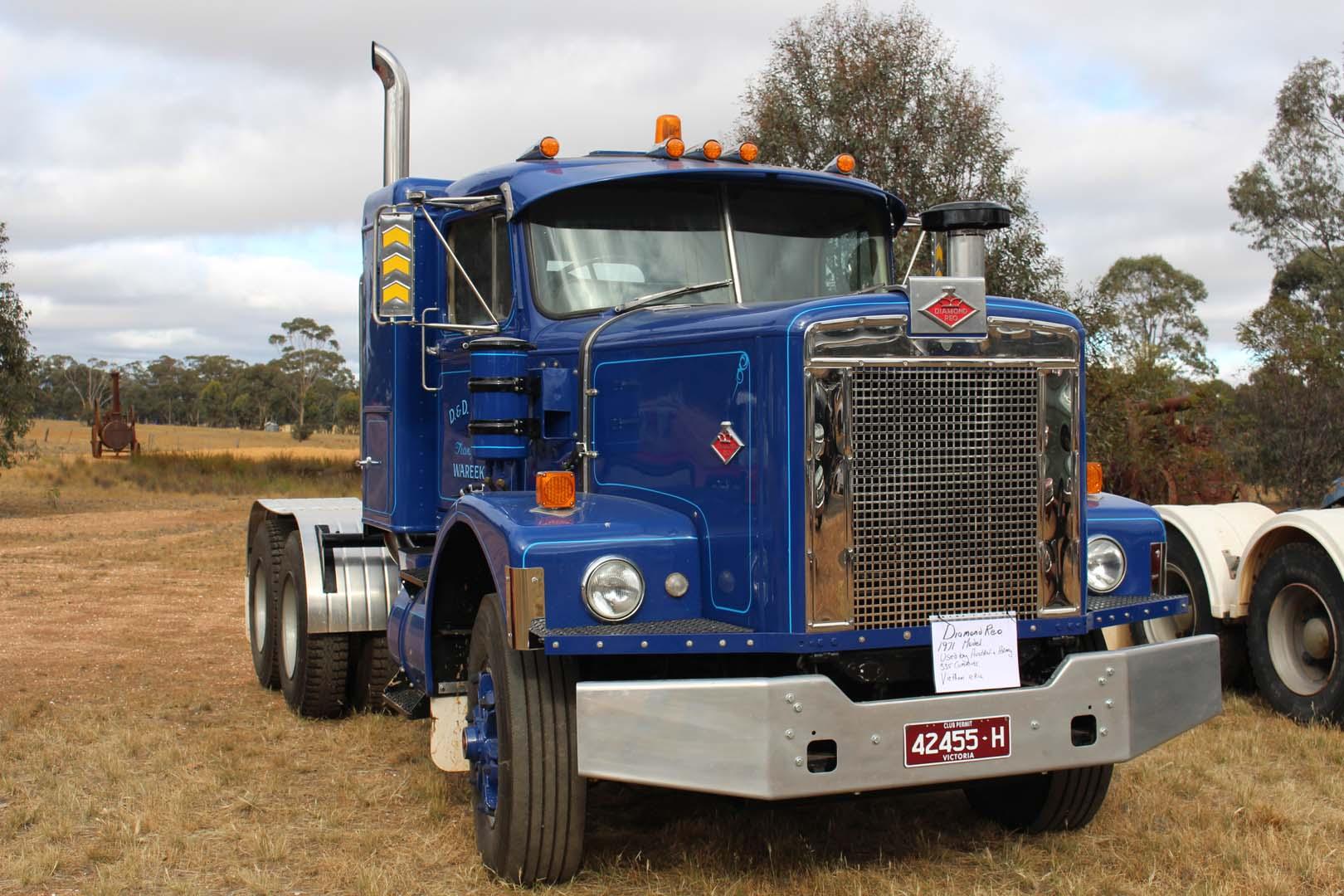 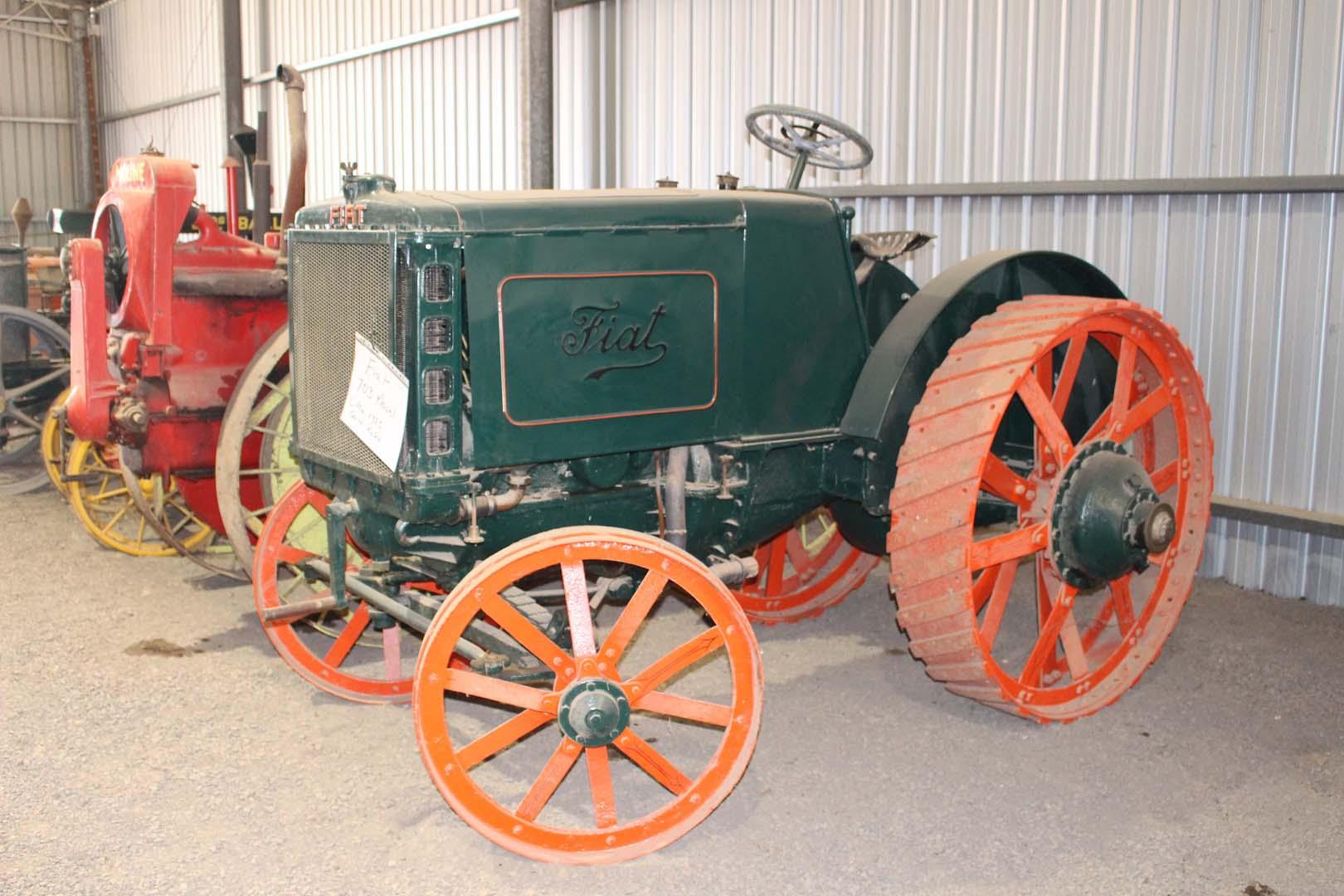 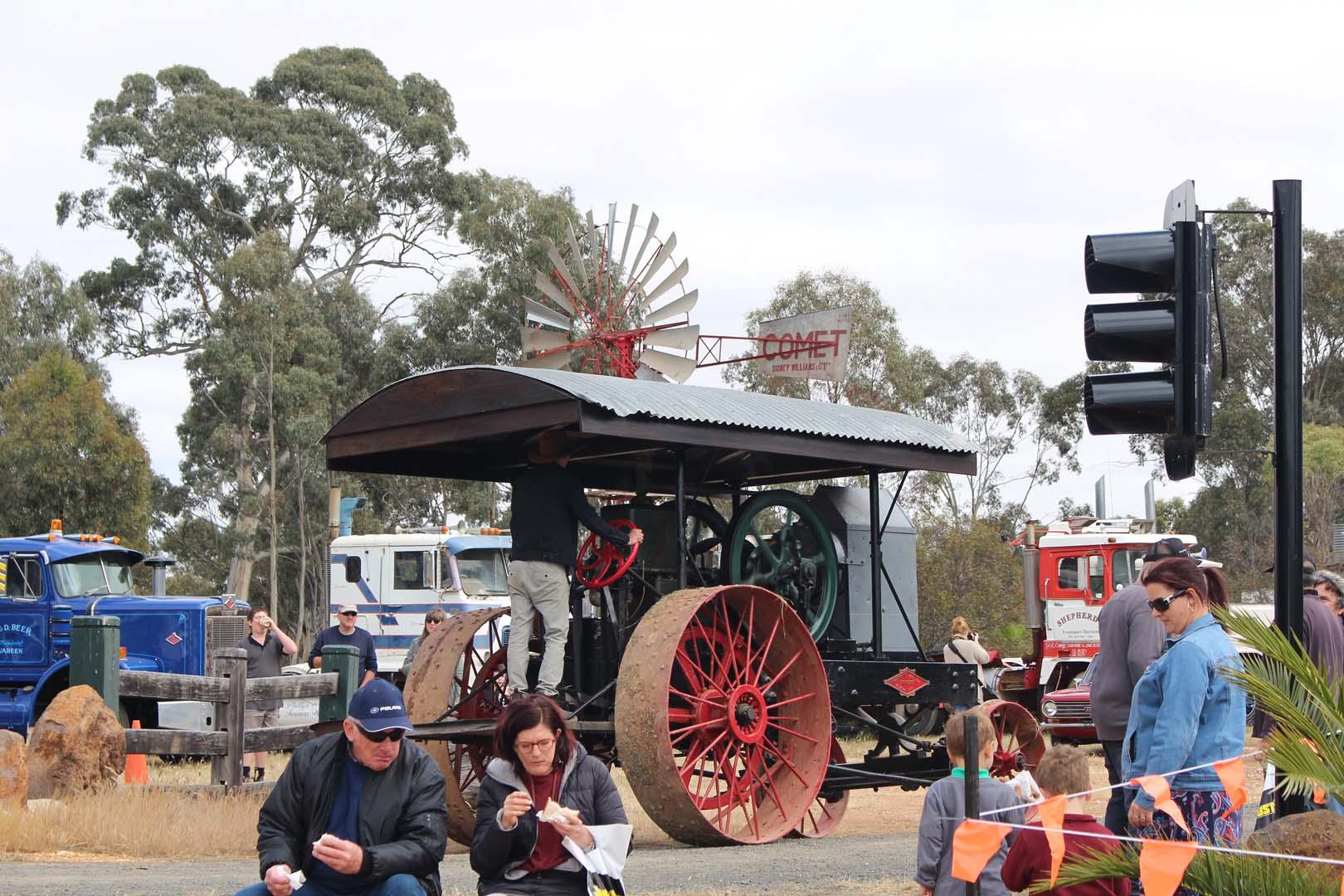 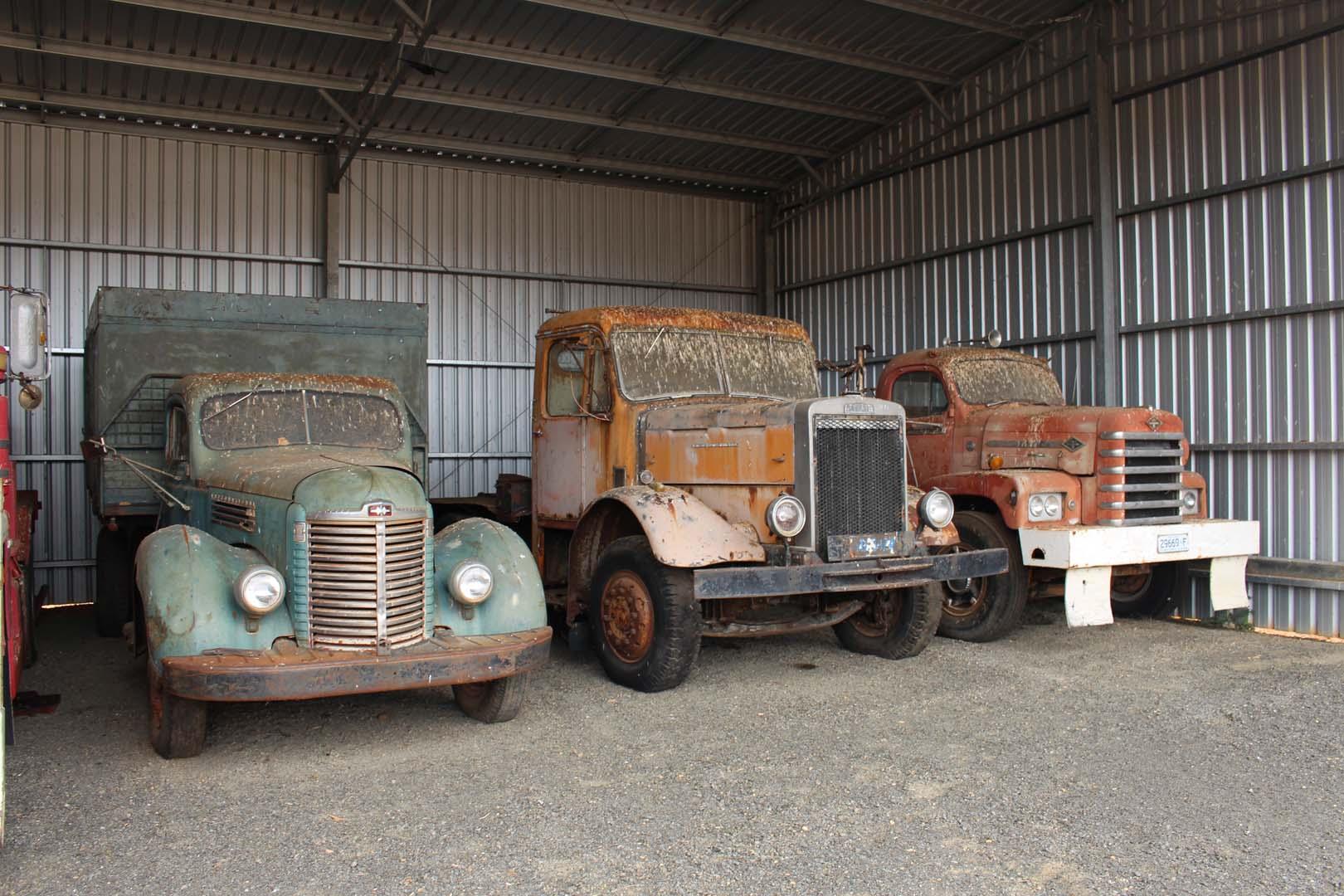 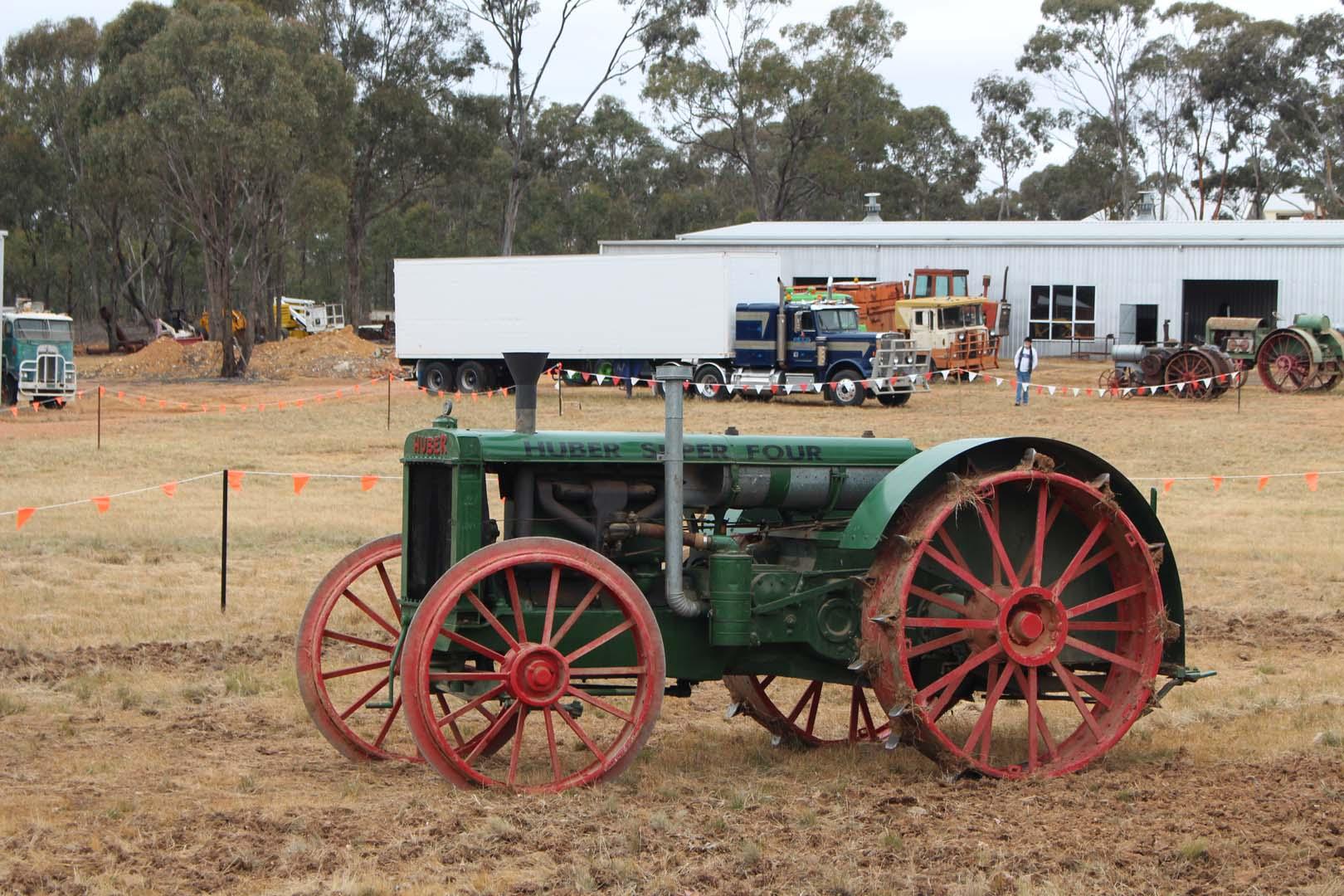 Maryborough local, Nick Weaver, fundraises for the Cancer Council’s Relay for Life; an annual 24-hour group walkathon held at various venues around the country. To help Nick’s fundraising efforts, David offered to run an Open Day at the farm, where his entire collection would be on show.

“Car clubs know us reasonably well,” David explained. “They’ll do a run up here and we open up for them for the day. For Relay for Life, we thought ‘Why don’t we do a big one?’ And that’s what we did.”

Almost five months in the planning, David & Dorothy’s special Open Day for charity was held on 10 November, attracting the general public, car clubs and even local tractor owners, who conducted a tractor trek out to the property to add to the machinery on show.

Ensuring it was more than just a static display, David called on family and friends to get a few of his collection in action. Visitors got to see a trio of Lanz Bulldogs running, a Caterpillar Twenty (one of the first crawler tractors to wear the now-famous Caterpillar name) and Ronaldson-Tippett tractor pulling implements, and a rare Armstrong oil engine, originally used on a drilling rig in Queensland, slowly circulating around the displays.

“I get a lot of pleasure out of showing people what we’ve got,” David said. “Because, for a start, most people have never heard of half of these tractors.”

A walk through the sheds where David houses his collection produced plenty more rare tractors and traction engines for punters to scratch their heads over, like United, Rumely, Imperial, Jelbart, Cletrac and Twin City, as well as more familiar names like John Deere, Massey-Harris, Case, Fordson and Chamberlain.

Rarities aren’t restricted to the tractors, though.

In David’s truck collection is a 1982 Freightliner prime mover that was one of two originally brought to Australia by Mercedes-Benz for local market assessment. Another rarity is a ’71 Diamond Reo that had previously been used by the Australian Army as a tank transporter, but is now in civilian clothes.

Older Kenworth, Diamond T, Leyland, White and International trucks are also in the collection, as well as a Mack crane truck and Bedford KM Series cabover, to name a few. And like the tractors, virtually all the trucks are in running condition, too. 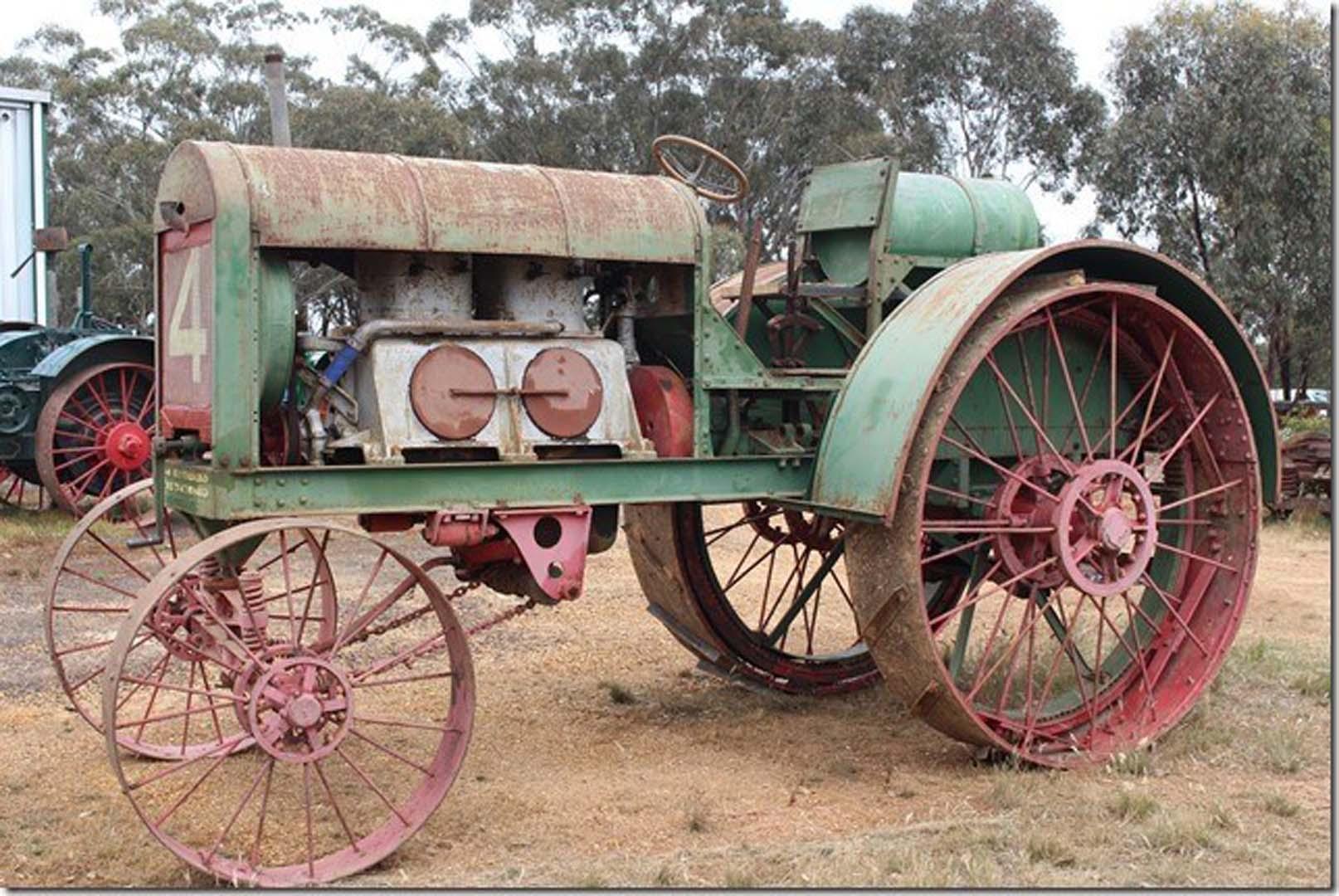 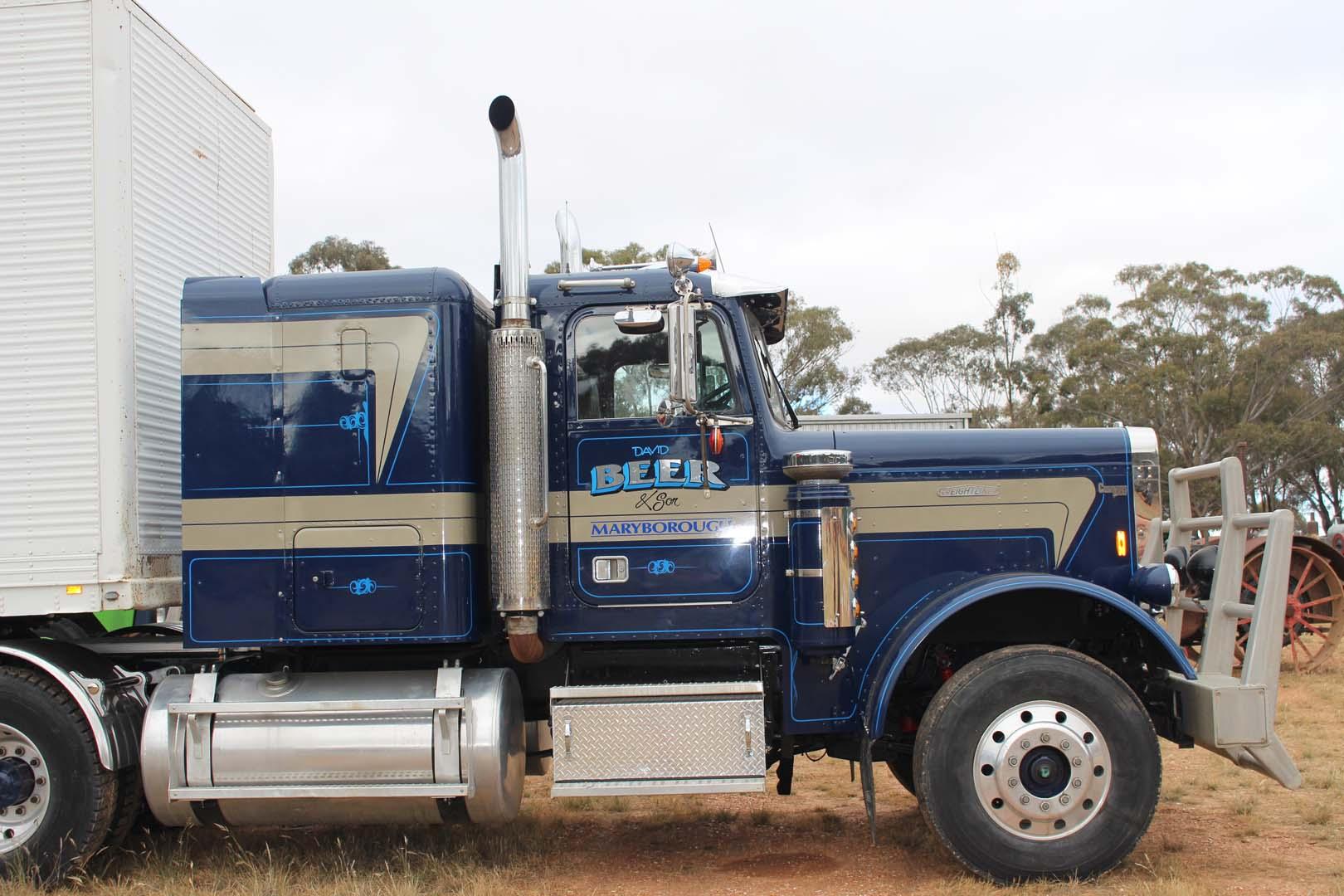 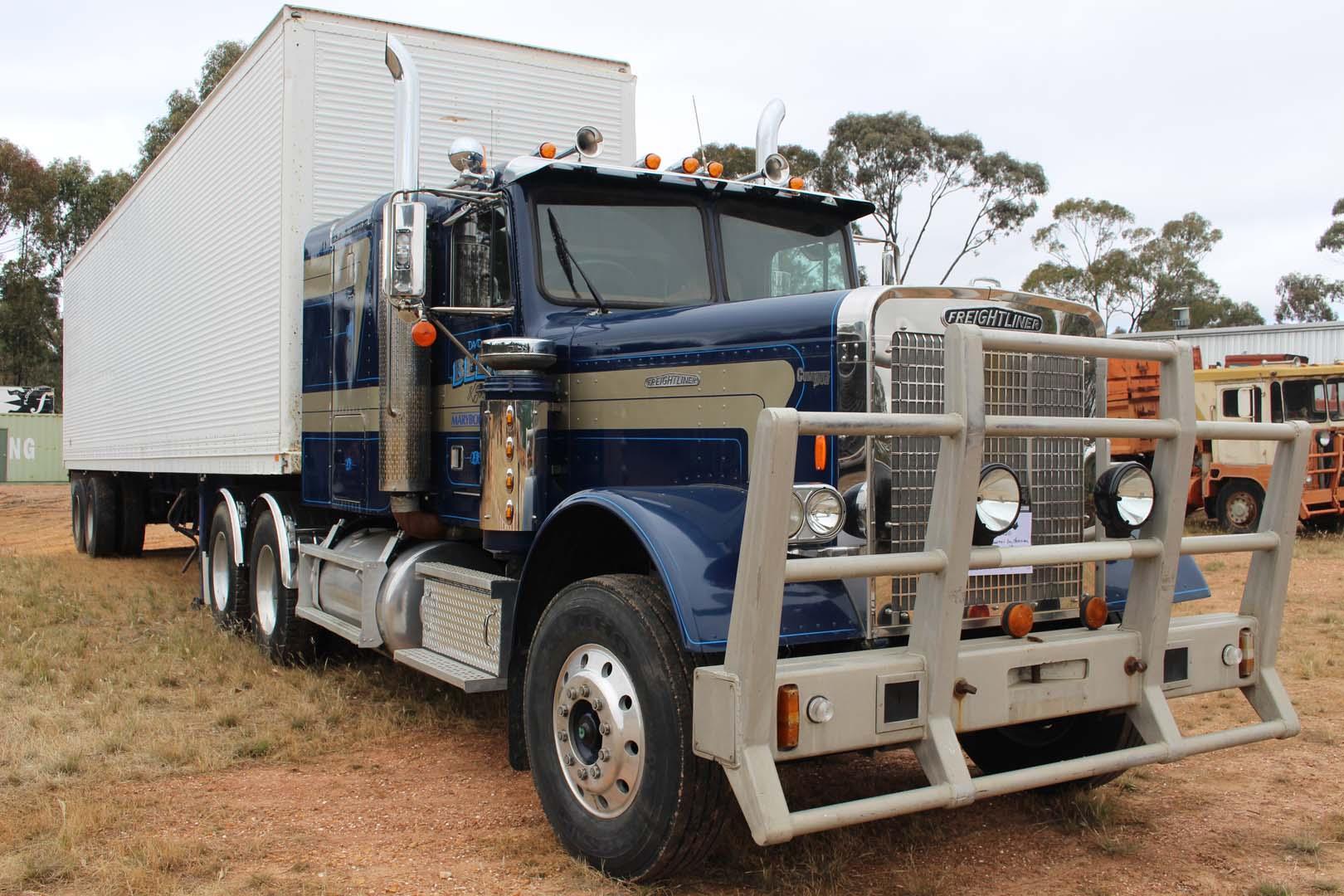 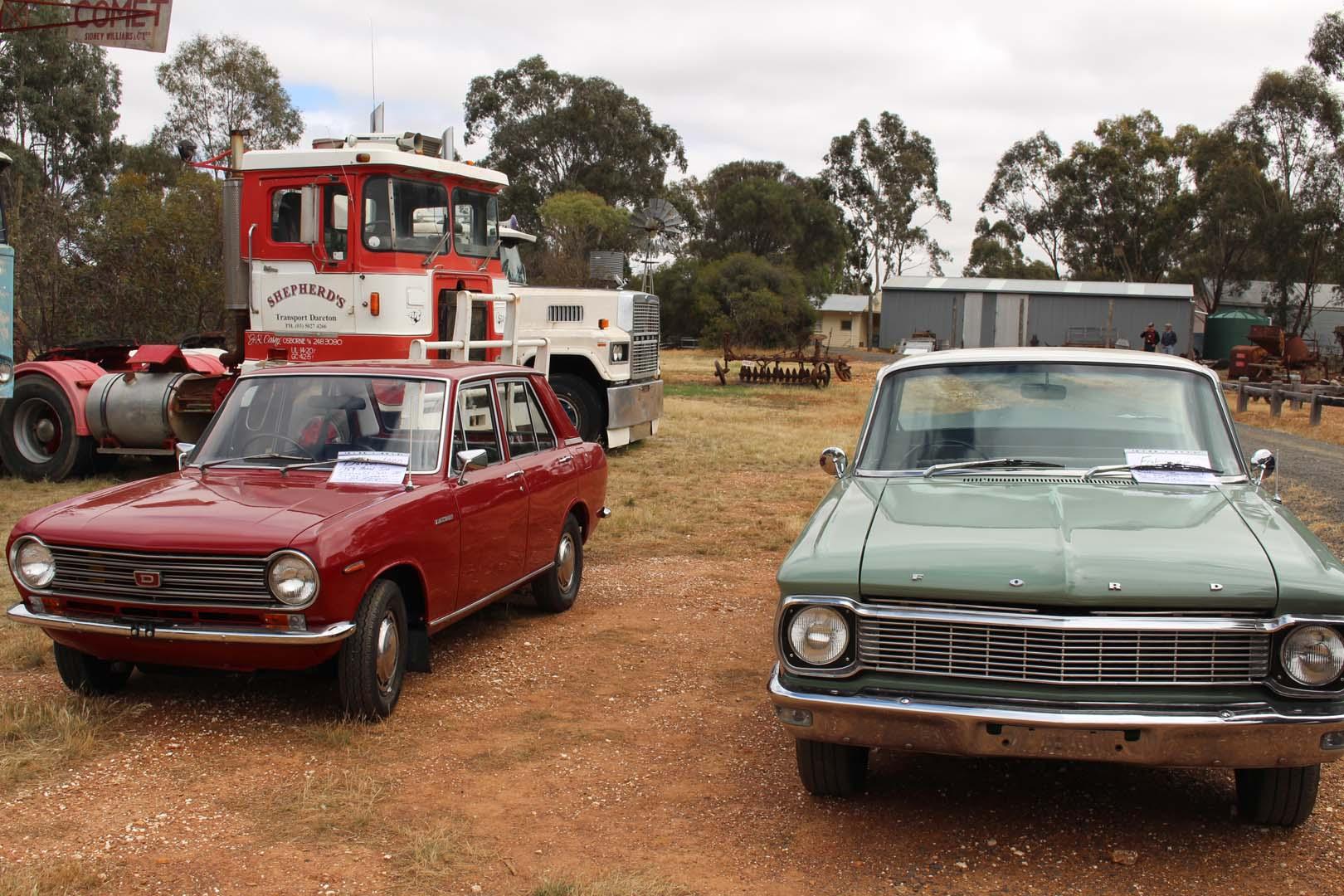 And a Great Result

Between entry fees and a BBQ that was run by the Carisbrook Lions Club, David & Dorothy’s Open Day was a huge success, raising $4,850 for Relay for Life.

There have already been calls to run the open day again - maybe even as an annual event. The farm could certainly handle it, as the shedding and layout was built specifically to be able to show off the collection, especially David’s steel-wheeled rarities.

“Steel wheel tractors are difficult to transport, so when we set up the new space, we purpose built it to do what we’re doing now. We’ve got plenty of car parking, we can easily put the tractors back in the shed at the end of the day and everything’s well organised.”

Even if you only have a passing interest in classic machinery, David Beer’s collection is something you really need to see. Watch this space for news on the next David & Dorothy Beer Open Day, or go to https://www.maryboroughmachinery.com.au/

To find out more about Relay for Life, go to https://secure.fundraising.cancer.org.au 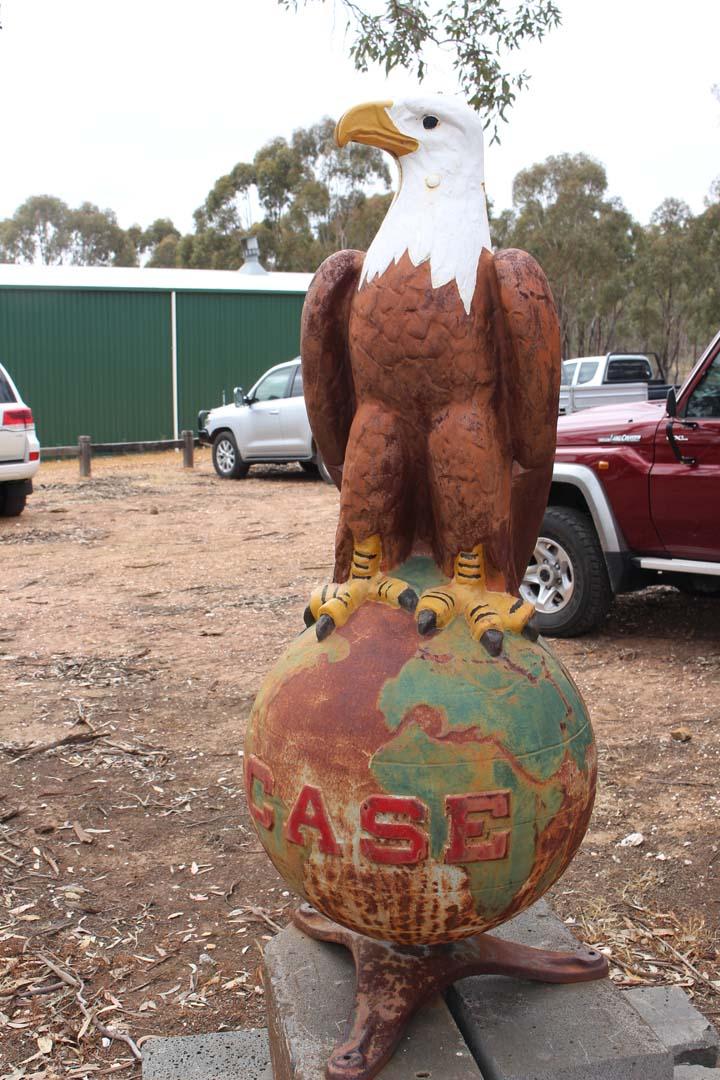 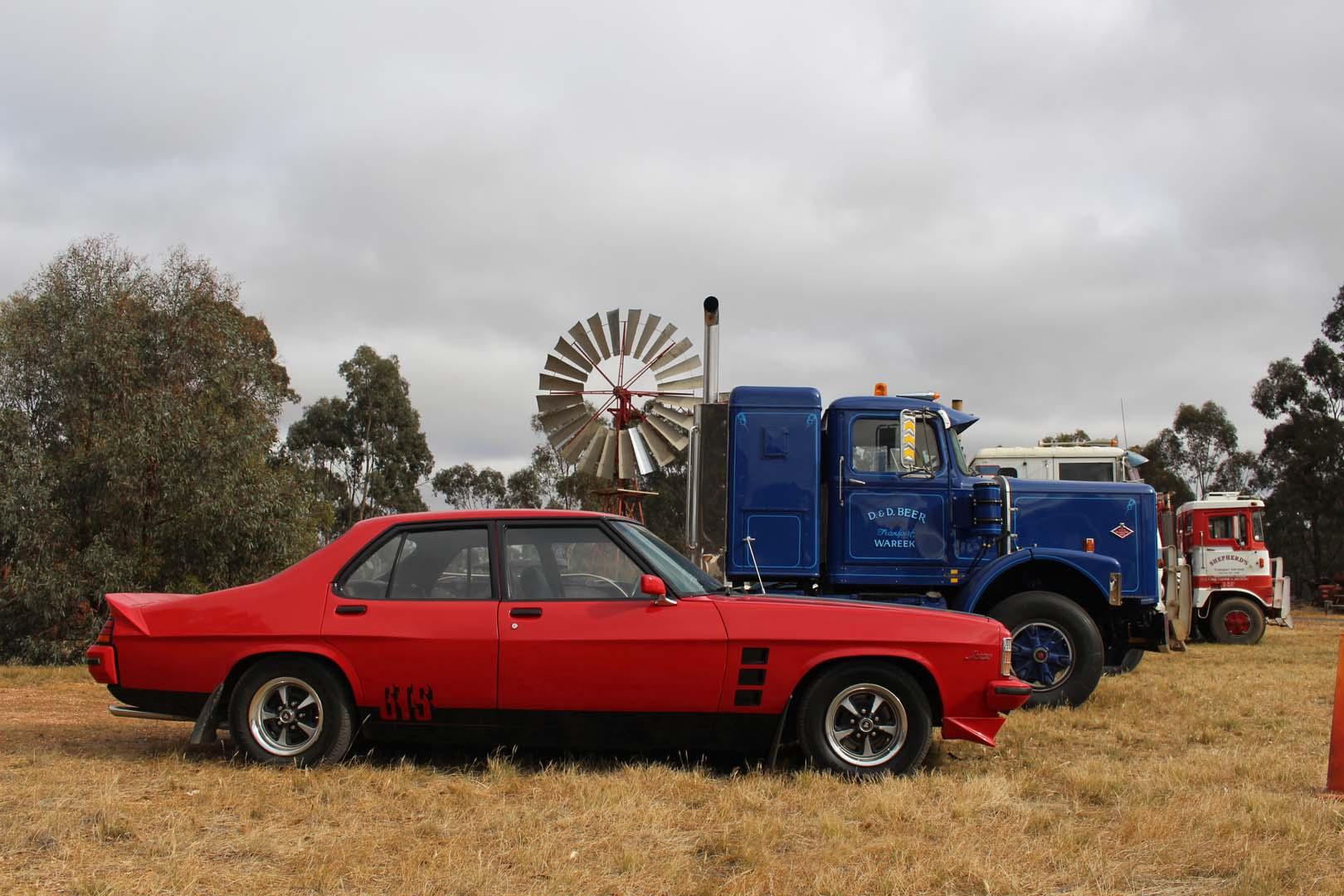 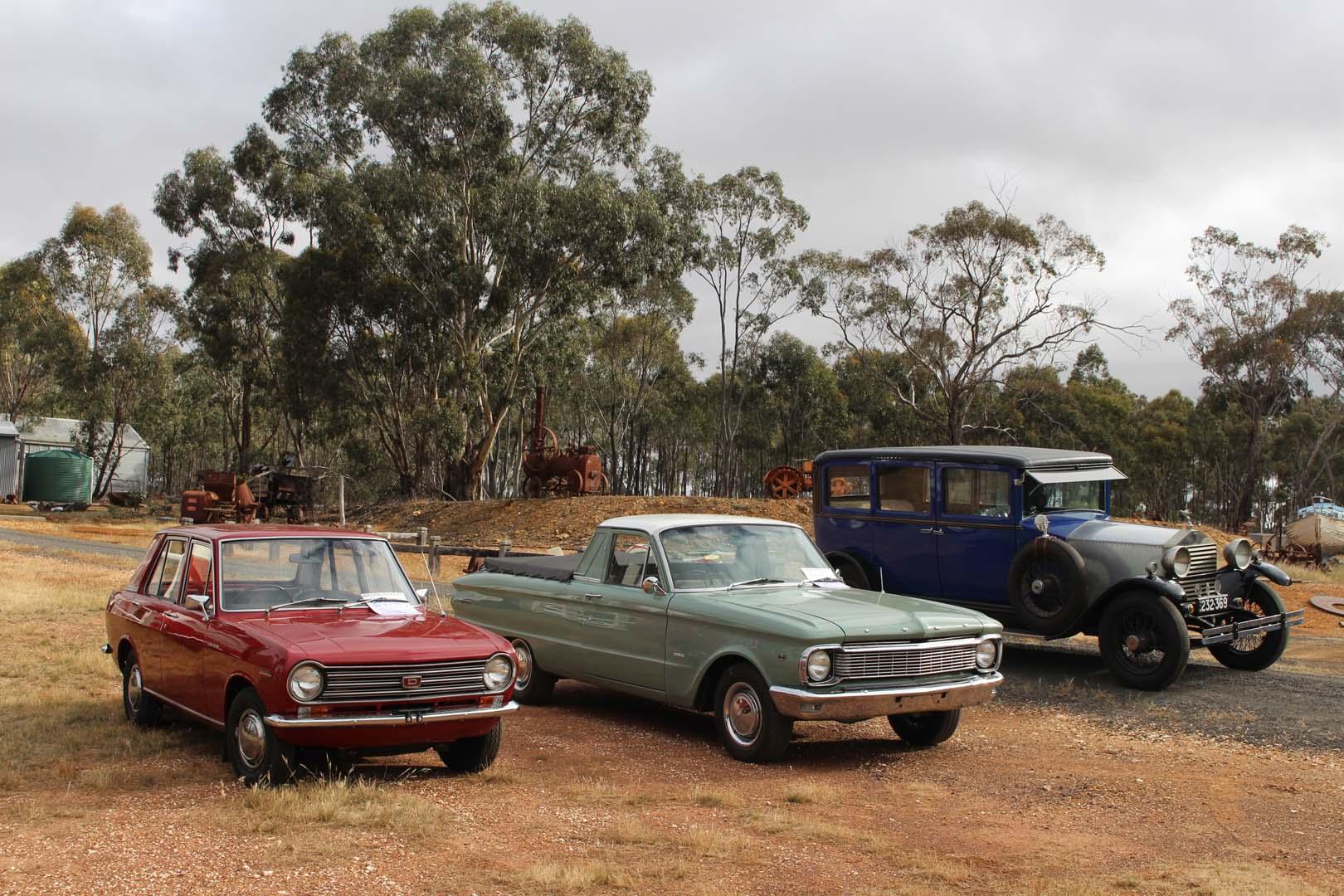 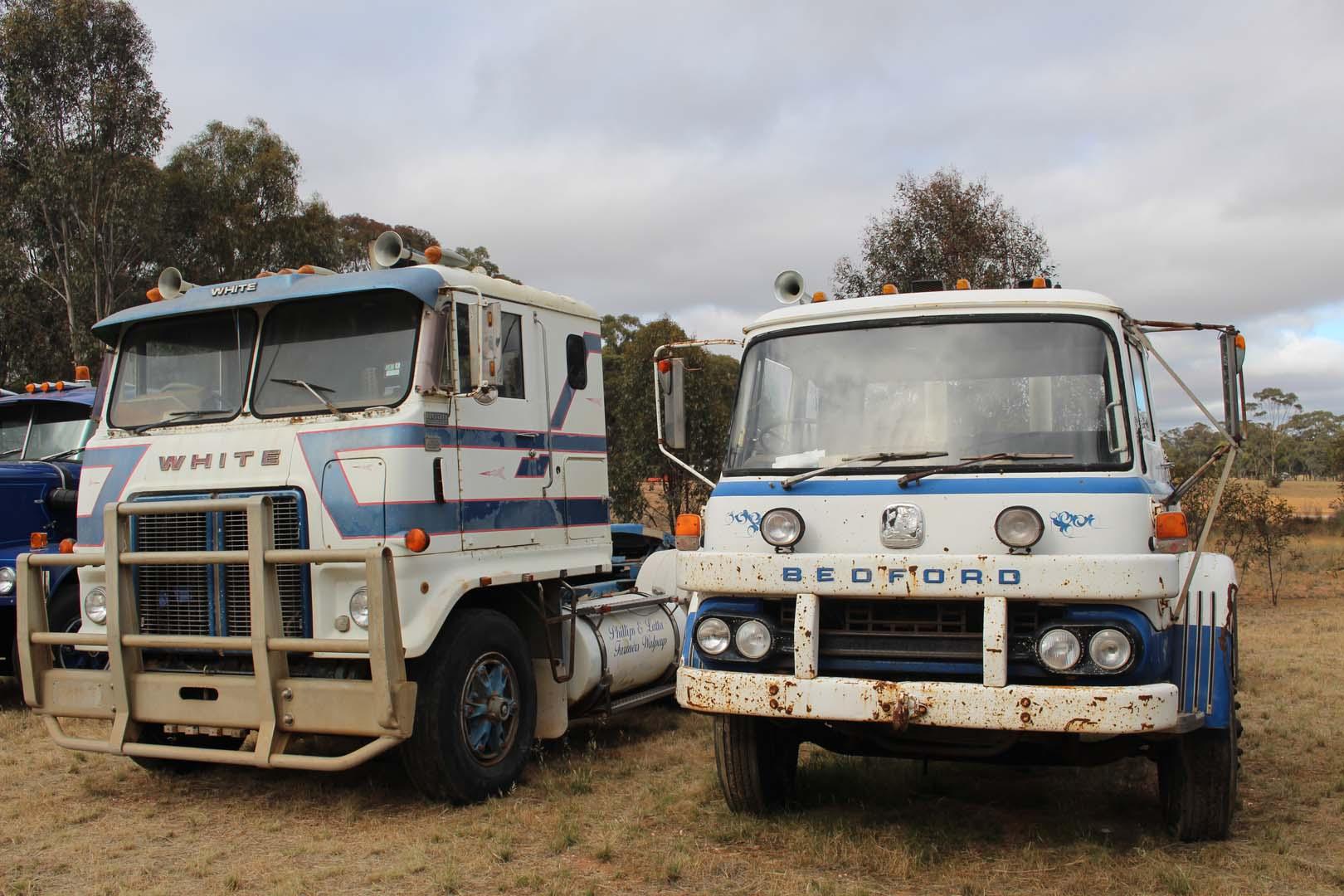 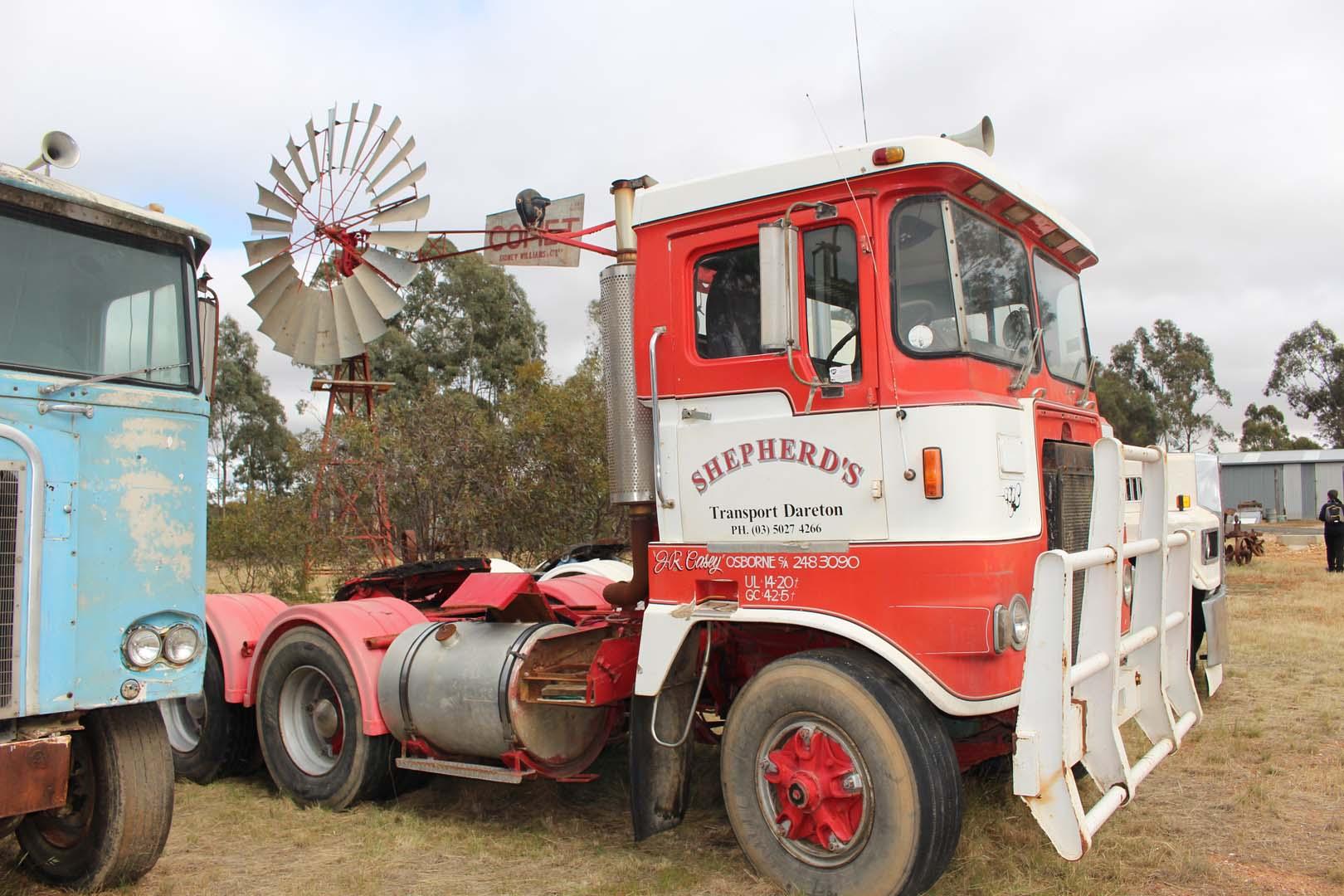 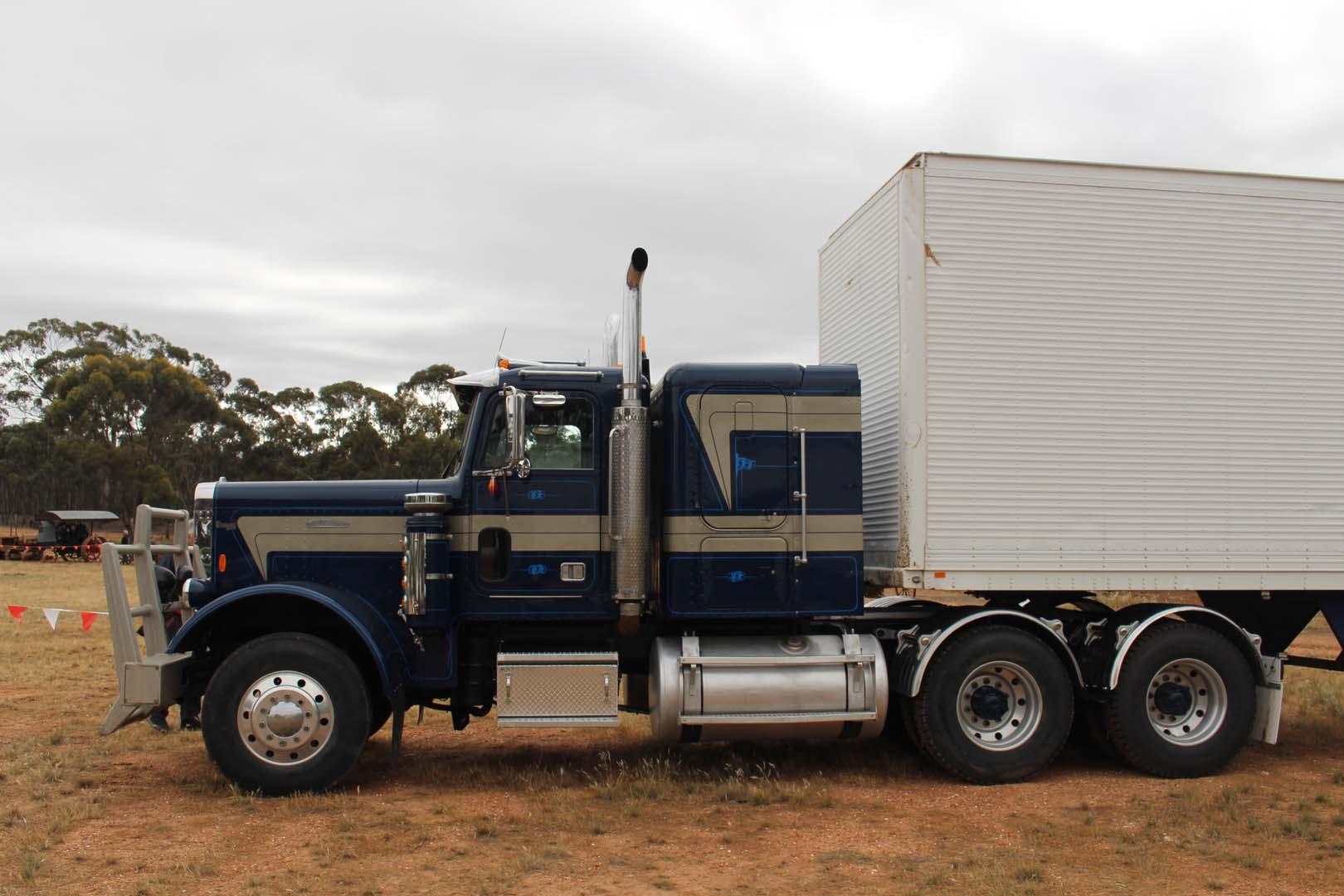 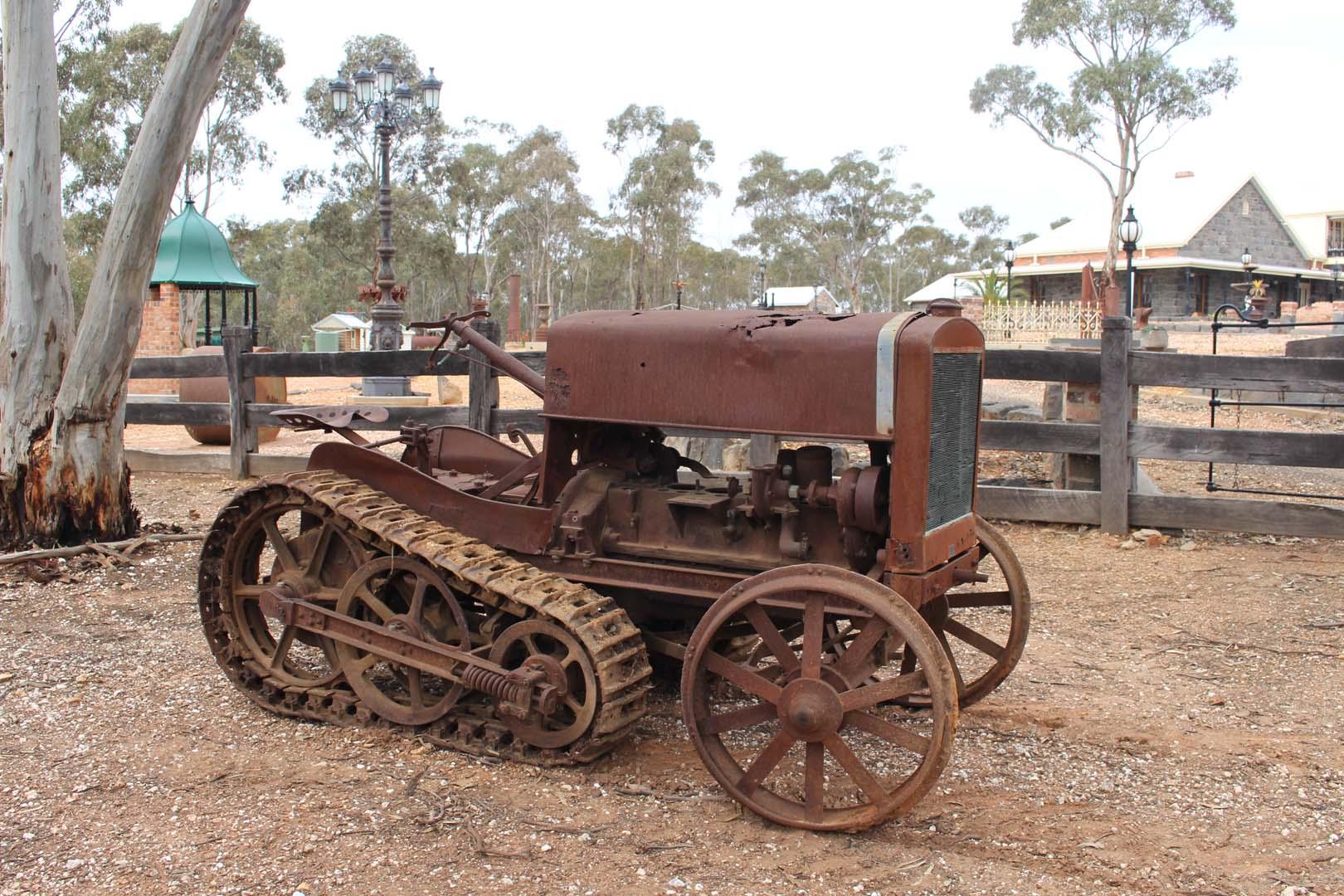 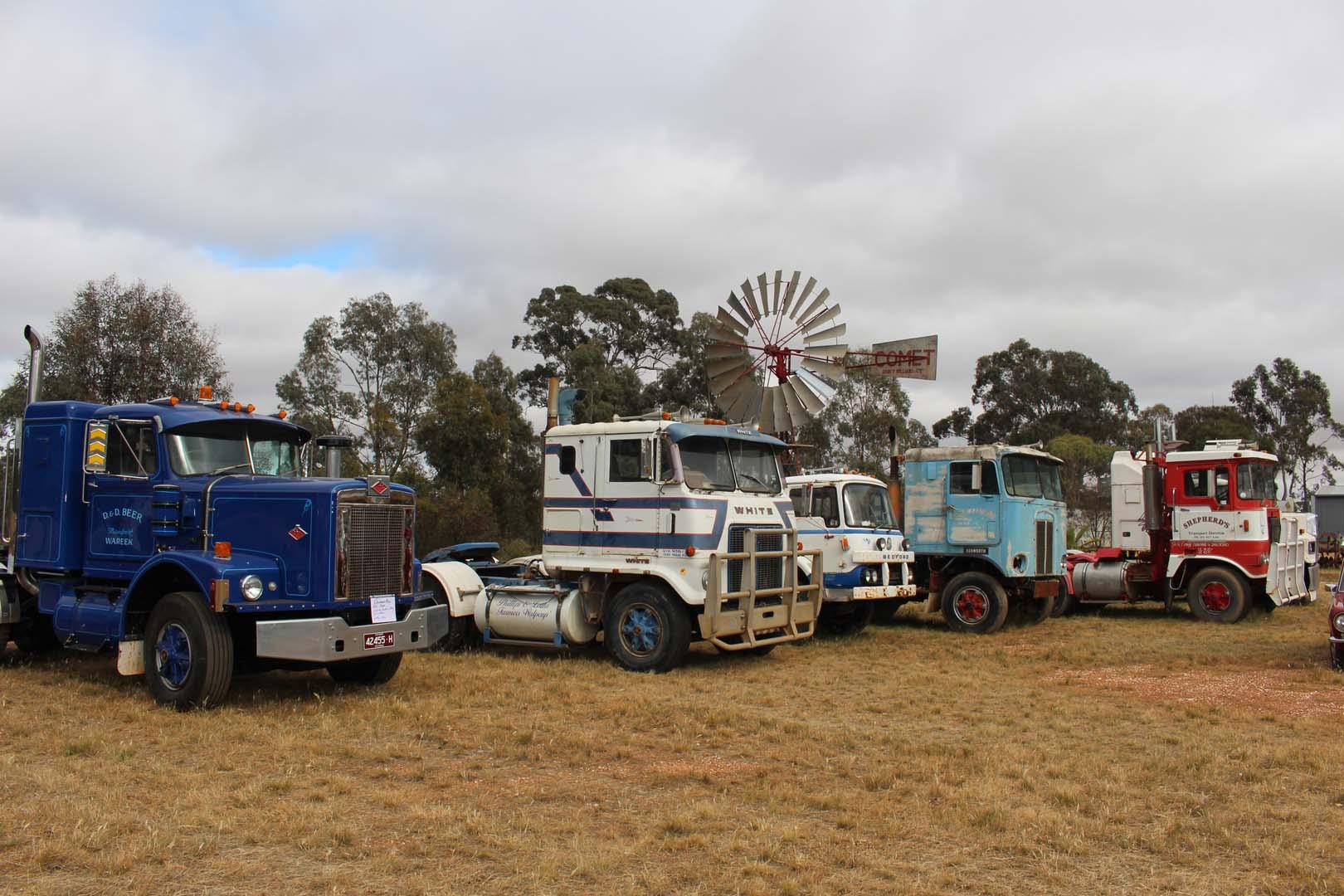