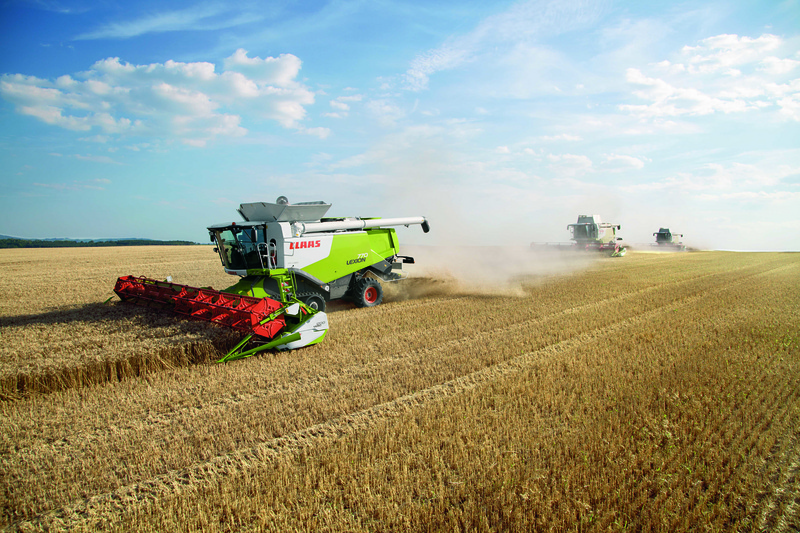 Over the course of the next few decades, the company developed increasingly efficient combine harvesters for all cereal plants and all climatic zones in the world. The Europa and Columbus models were followed by the Matador, Senator and Mercator and, finally, by the Dominator and Lexion. To date, Claas has produced more than 400,000 combine harvesters at Harsewinkel. 75 years after the invention of the combine harvester for Europe, Claas is still by far the market leader in Europe. About 40 percent of all combine harvesters are produced by Claas.

To commemorate its anniversary year, Claas is offering a limited edition of the Lexion 750 with special features. Each machine comes hand-signed by Helmut Claas and with an original drawing of the APS Hybrid system, which he developed. The anniversary edition of the Lexion 750 stands out by virtue of special features, that include the new Terra Trac crawler track assembly with a 735 mm wide track capable of travel speeds up to 40 km/h, and the CMotion ground speed control lever, which can be used to conveniently control multiple control elements. A new closed threshing drum produces harvested material of even higher quality. Another feature is the Profi Cam camera, which is mounted on the grain tank discharge auger tube and can be used to monitor grain transfer and chaff distribution. The camera also enables the driver to keep an eye on the back end of the machine while reversing.

Special equipment of the Lexion 750 includes a Cebis Mobile terminal with display for CEMOS and GPSpilot. The electronic Machine Optimisation System (CEMOS) assists the driver by making suggestions which the driver can choose to follow or not. In this way the system helps the driver to achieve an optimum machine configuration. Telematics and GPS Pilot round off the anniversary edition. The GPS PILOT guides the combine harvester along the edge of the cut with an accuracy of two centimetres. Thanks to Telematics, information ranging from the quality of the harvested material to diesel consumption can be retrieved online at any time.

During an endurance performance test conducted in Lincolnshire, England in September, a Claas Lexion 770 TT established a new Combine Harvesting World Record for wheat of 675.84 tonnes harvested by maintaining an average harvesting rate of 85.5 tonnes/hour over an eight-hour period. This new record is some 22.5 percent higher than the previous record established in 2008 by another brand.

The record was set as part of the endurance test during which the Lexion 770 TT harvested over 1400 tonnes of wheat in twenty working hours, a feat made possible by the APS Hybrid threshing and separation system which allows for continued high output in damp conditions. 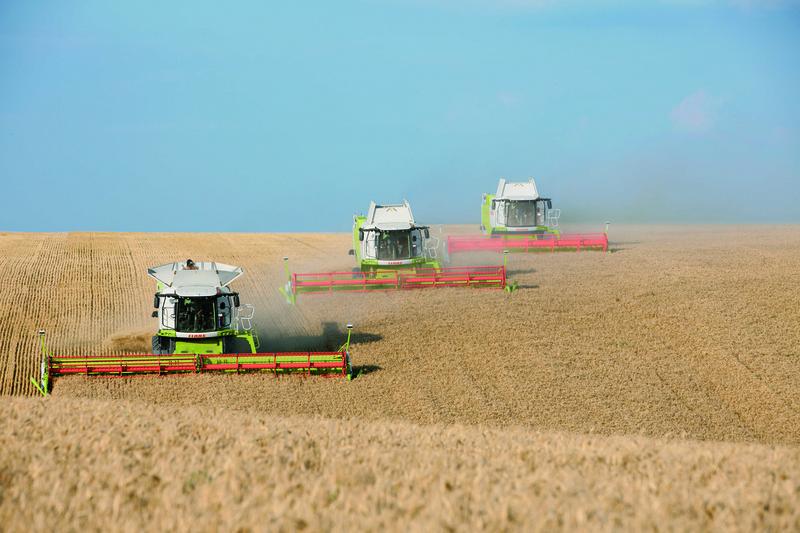 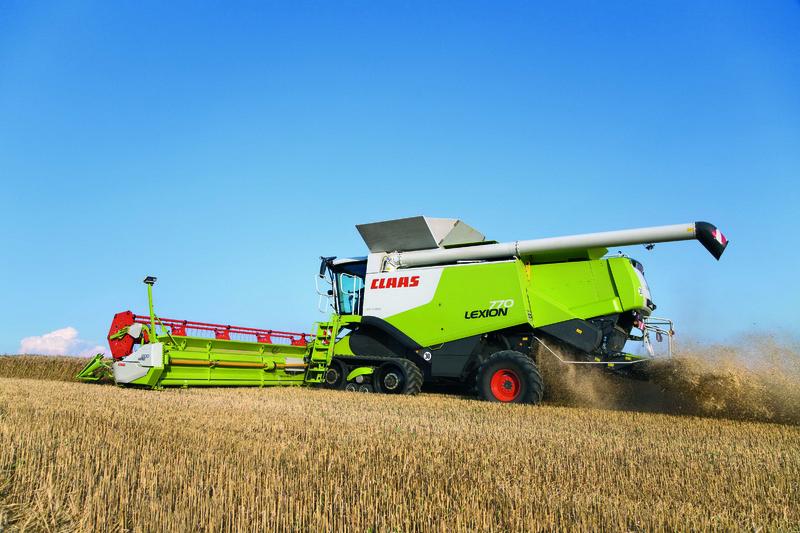 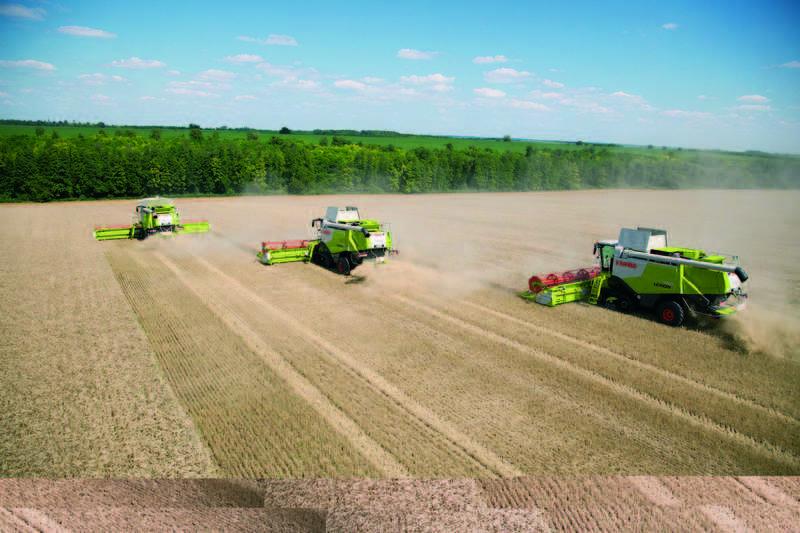 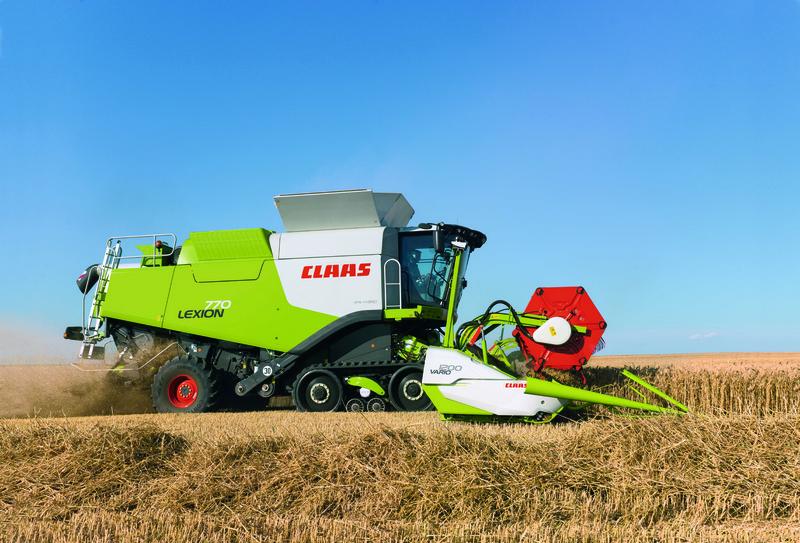 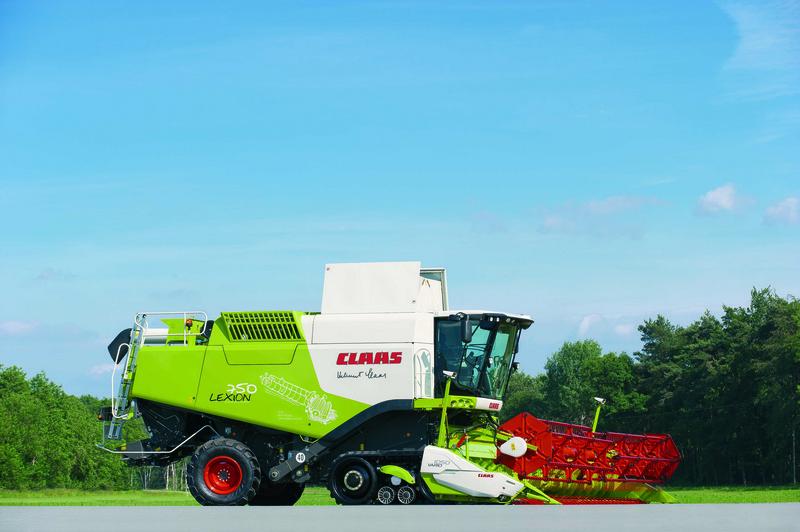 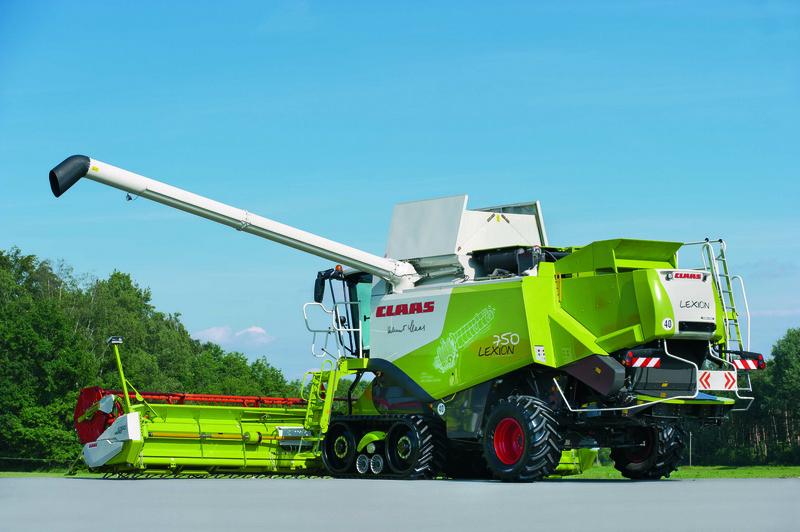