With an all-new HiLux not on the horizon, Toyota have given its HiLux range a major makeover, with styling changes, added features and a revision of pricing.

Across the range, anti-skid brakes are now standard and cruise control is standard on all SR and SR5 variants, as well as automatic 4x4 WorkMate 4x4s.

In the 4x4 range, vehicle stability control is now standard on all SR5 double cabs and optional on all SR Double Cab pick-ups. Side seat and curtain-shield airbags and sports-style front seats have been fitted to all 4x4 SR5 and SR variants. A limited-slip differential has been included in all 4x4 WorkMates.

HiLux interiors have been updated with refined designs and new seat fabrics on selected variants. A new upper dashboard design features a horizontal centre instrument cluster and the centre stack features new controls for the heating and ventilation system and, for SR5 variants, automatic climate control has been added to the air-conditioning.

A major improvement is the addition of new audio systems on all variants. Depending on the grade, they feature voice recognition, touch screen, radio text, 3D graphics for the satellite navigation and safety warnings for school zones and speed and red-light cameras. As part of these audio upgrades, all SR5 models will come with satellite navigation as standard, viewed on the 6.1-inch LCD touch screen.

Toyota's HiLux range now starts with the 4x2 WorkMate Single Cab cab-chassis at $18,990 - an increase of $500 offset by the addition of anti-skid brakes, a tacho, new sheet metal, redesigned interior and a new audio system.

Across the range, the biggest improvement in value comes with the 4x4 SR5 turbo-diesel Xtra Cab. The added spec - including satellite navigation, dusk-sensing headlamps, steering wheel-mounted telephone controls, re-designed alloy wheels, sports-style front seats with side airbags, curtain-shield airbags and auto control for the air-conditioning - comes to $2,690. In addition, the price has been rolled back by $5,650.

The entry price for a 4x4 turbo-diesel HiLux has come down $6,150 to $31,990 with the introduction of a WorkMate Single Cab with manual transmission. Its feature list includes ABS, driver and passenger airbags, tacho, limited-slip differential, 16-inch wheels and protective covers for the engine and fuel tank. HiLux 4x4 Xtra and Double Cabs are priced from under $40,000.

The WorkMate 4x4 (in four variants) is the entry level 4x4 model offered in Single Cab cab chassis and Double Cab pick-up body styles, mated to the 3.0-litre turbo-diesel engine with the choice of manual or automatic transmissions. These four new variants are equipped with ABS, driver and passenger airbags, tachometer, limited-slip differential, 16-inch steel wheels, and protective covers for the engine and fuel tank. The two automatic transmission versions are fitted with bucket seats (vinyl) and cruise control, as well as a shift-position indicator.

There are nine SR 4x4 variants (also 10 SR 4x2 models). In addition to 4x2 SR specification enhancements, 4x4 SR models gain several features that were previously available only for the SR5 grade. These include sports-style front seats and the added safety of side and curtain-shield airbags. With the fitment of sports-style seats, the Single Cab manual variant no longer has the three-person bench seat.

The top of the range SR5 comes in two 4x2 models - the Xtra Cab and Double Cab, both fitted with the V6 petrol engine and automatic transmission, gain the convenience and comfort of single-zone automatic air-conditioning, dusk-sensing headlights and improved power windows (auto up-down and jam protection for the driver).

A 6.1-inch touch-screen satellite-navigation system is now standard as part of an upgraded audio system, which also adds two speakers (for a total of six).

Telephone controls have been added to the steering wheel to make it easier to handle calls using Bluetooth-compatible mobile phones. 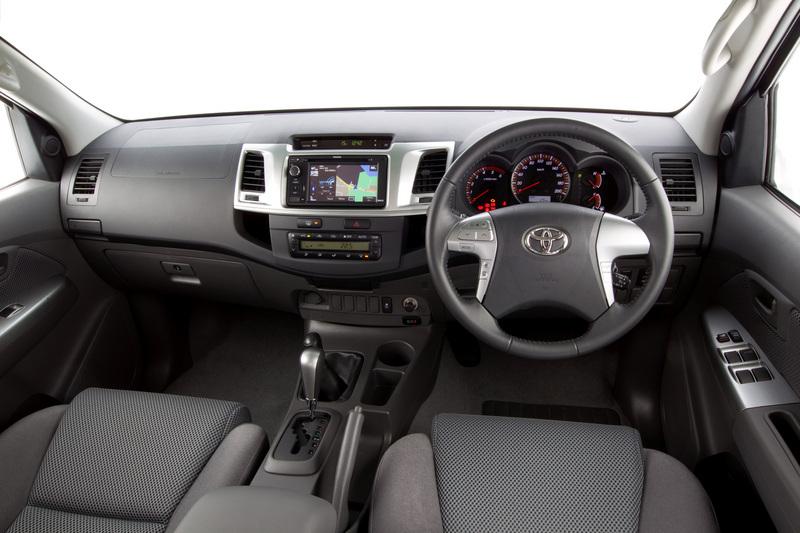 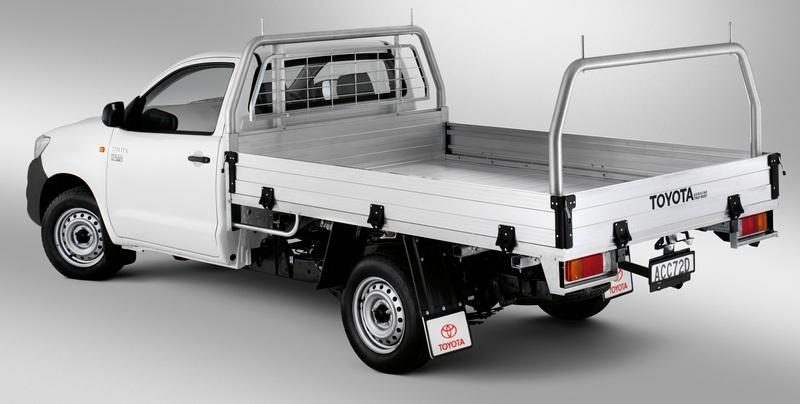 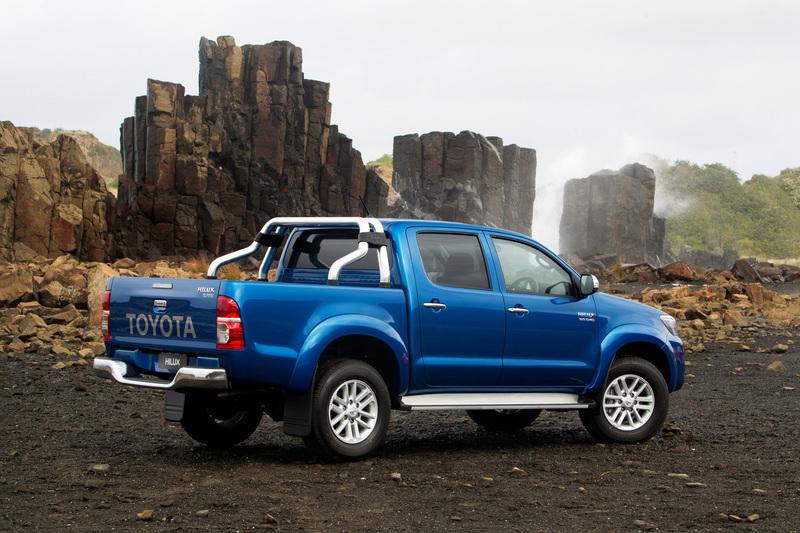 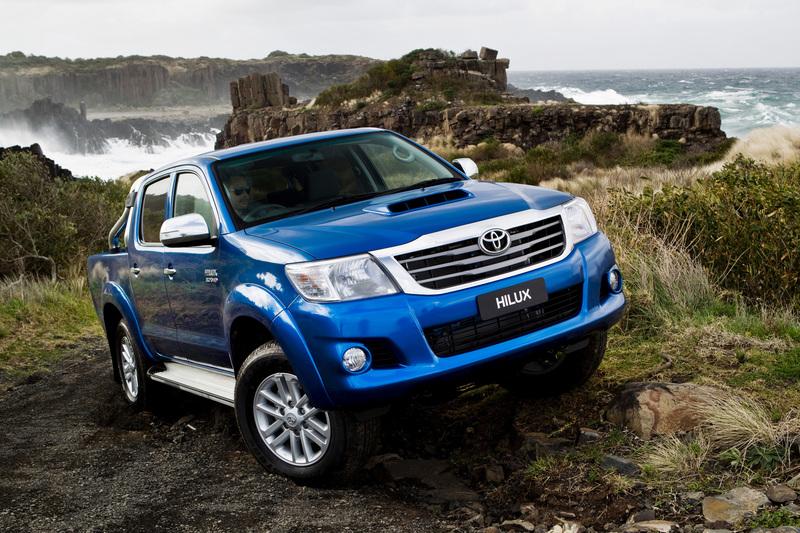 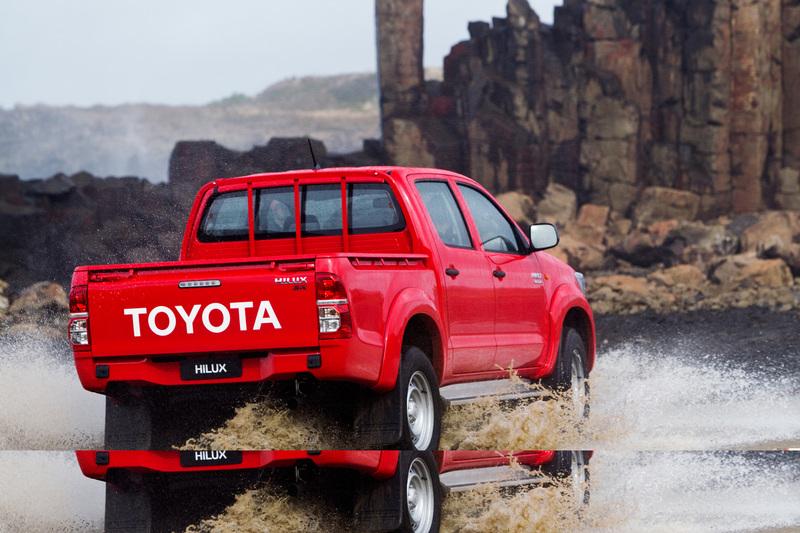