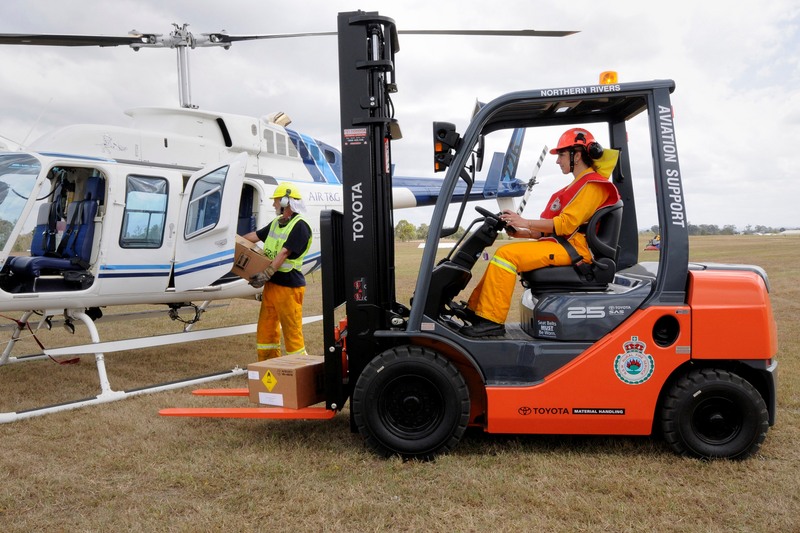 The NSW RFS chose the big 2.5-tonne 8FD25 for a number of reasons, including the ability to operate on grass, as well as its lifting capacity to load bottles of fire-fighting foam. The 8FD25 is also used for pallet racking and storage operations.