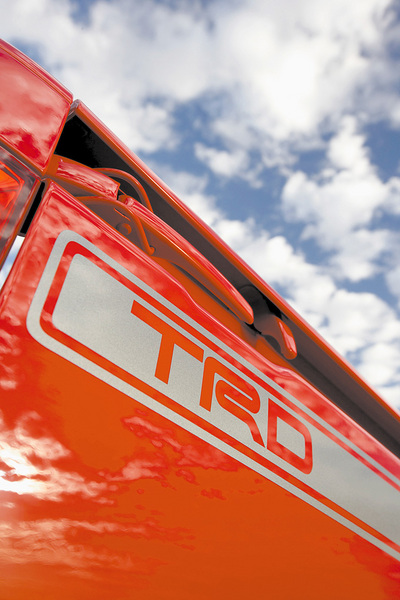 Whether this is really a good idea is open to debate, as at the end of the day this is a ute with a higher centre of gravity and to give it sports car capability has potential to come unstuck - but that's another story! First up the appearance of the HiLux has been given a refresh with Bilstein sports suspension, 17-inch alloy wheels, all-terrain tyres, identifying graphics and more aggressive styling. Its 4.0-litre quad-cam V6 petrol engine is fitted with an intercooled Eaton supercharger, which boosts maximum power by 28.5 percent to 225kW and peak torque by 20.4 % to 453Nm. The engine, mated to a five-speed automatic transmission, pumps out more torque than the standard engine's 376Nm maximum from just above idle all the way to around 5700rpm.

The TRD HiLux accelerates from 0-100 km/h in 7.2 seconds. Available as a dual cab 4x4 only, the TRD Hilux comes in two grades - 4000S and 4000SL - both with the supercharged V6 and intelligent five-speed automatic transmission. Twin front airbags, ABS, air con, cruise control, power windows & mirrors, remote central locking and DataDot security are standard. Other enhancements include larger front brake rotors & calipers, TRD body kit, sports bar and leather wrapped steering wheel. The TRD HiLux 4000S is priced at $59,990 and the 4000SL at $64,990. The only option is metallic paint at $300. Toyota are heavily promoting the TRD Hilux with a series of amusing TV adverts featuring 'silent' conversations between a TRD Hilux admirer and its owner. 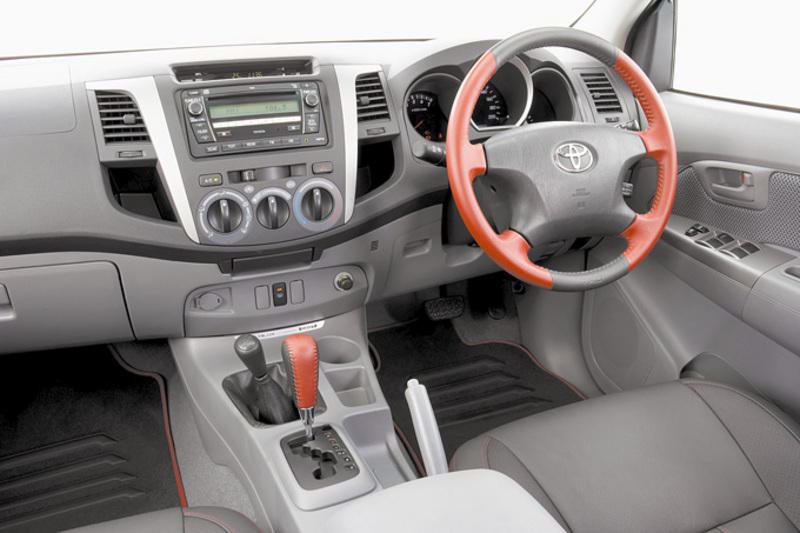