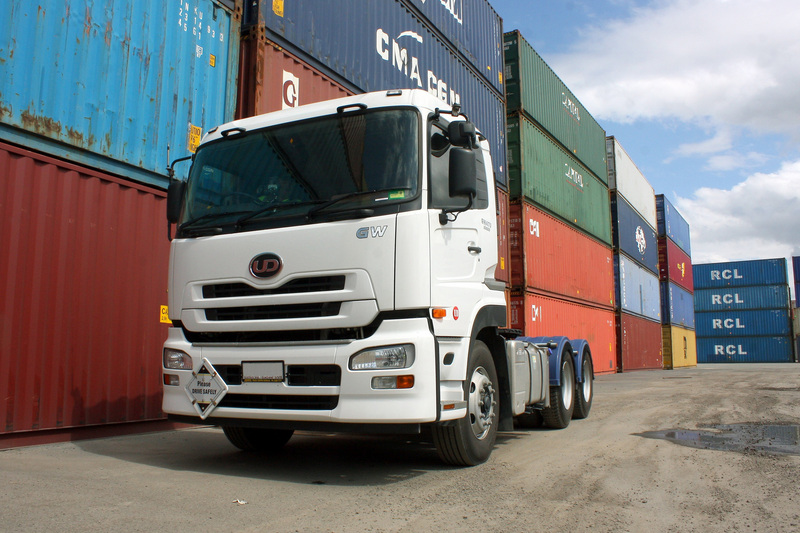 The result comes on top of the launch mid-year of the Quon Euro 5 spec series, which further refined the company's successful Euro 4 product, with several new features added to the vehicles
UD Trucks continues to dominate Japanese manufacturers in the over 350HP heavy-duty truck bracket, claiming the top spot in the 2011 sales race for the seventh year running.

The result comes on top of the launch mid-year of the Quon Euro 5 spec series, which further refined the company's successful Euro 4 product, with several new features added to the vehicles.

Leading the changes included in the model upgrade is the standard inclusion of an SRS driver's side airbag with seatbelt pre-tensioner, the standard fitment of a Front Underrun Protection System (FUPS), an all new-touch screen entertainment and navigation system, as well as new A-pillar grab handles for easy cabin access.

2011 also saw the reintroduction of the legendary CW nameplate, with the designation being applied to the long wheel base model.

Prior to the commencement of UD's reign at the top of the charts, the earlier CW385/445 models held down second place on the yearly sales statistics for three years, giving the company a decade in the top-two positions. All told, since January 2008, UD Trucks has sold a total of 603 GW, GK and new generation CW trucks.

The Quon series remains the only Japanese prime mover manufacturer to offer Eaton's AutoShift AMT Transmission, which features ECO Fleet shift programming, ensuring smooth acceleration that results in significant fuel savings. Further fuel savings are gained via the aerodynamic cab styling,
as well as the standard NAVTEQ transport specific navigational system, which selects the most efficient route for trucks, with each of the individual vehicles' parameters able to be entered into the system.

As the first Japanese manufacturer to introduce FUPS, which assists in the event of a collision with passenger vehicles, the standard fitment across the Quon range of this system allow the trucks to comply with ECE-R93 standards, giving the vehicles a 6,500kg front axle capacity.

Capping off the main safety features is the cabin build itself, which is certified to ECE-R29 standards.
Other features of the Quon series include engine and exhaust brakes, cruise control, auto climate air-conditioning, an ADR42 compliant sleeper cab with mattress and wrap around curtain, as well as a choice of factory cab paint options. The Quon range comes standard with a 400 litre fuel tank, while GW models can be upgraded to 800 litre capacity. UD Trucks offer a factory warranty of three years or 500,000km, which can be optioned up to 800,000km. 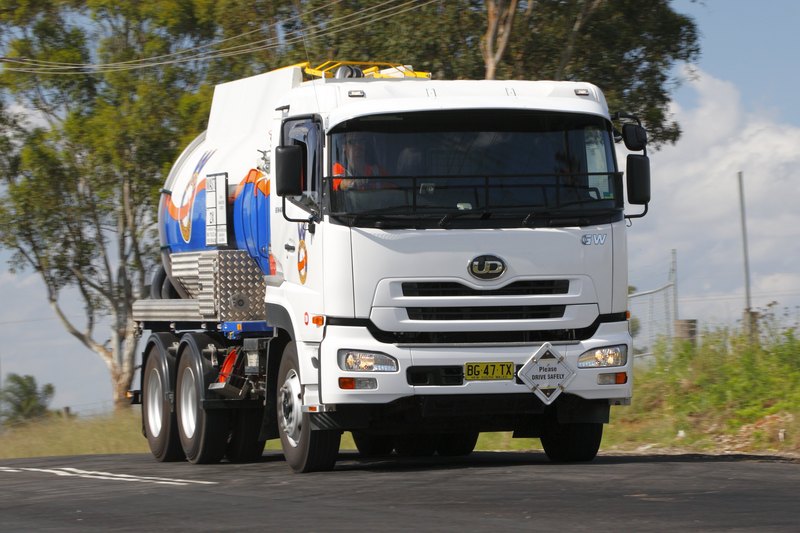