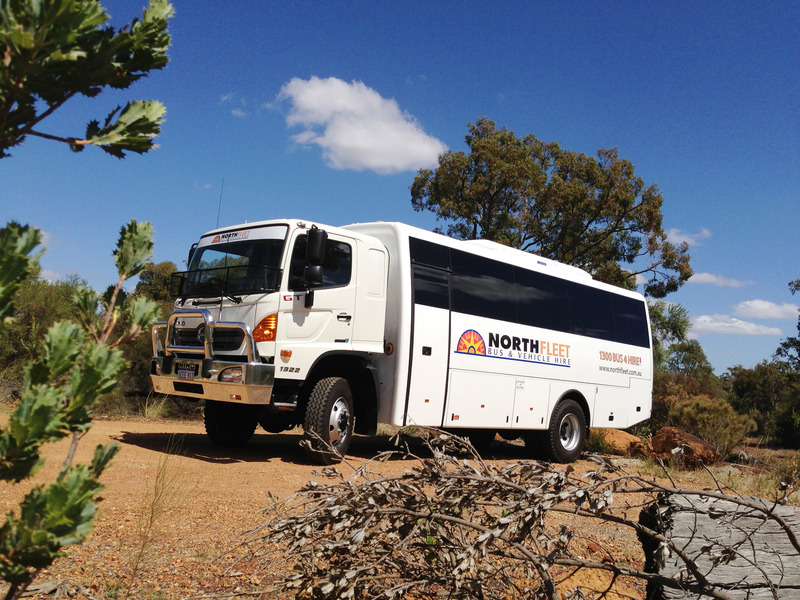 Using a Hino 500 Series GT 1322 as a base, RAV converted the medium-duty four-wheel-drive truck to a 34-seat off-road bus to service mine sites. The multi-seat configuration is being seen as safer, by reducing light vehicle traffic on site.

Karratha-based Northfleet Bus and Vehicle Hire recently took delivery of the custom bus. Managing Director Michael Simm said that, in his experience, the demand for capable mass transport had grown rapidly over the past 10 years.

"We've been servicing mines since 2002 - there's been a huge increase in demand since then," he said. "We have a fleet of 140 buses at the moment. We run Hinos for our four-wheel drive units because they're great to drive and have a better ride than the competition."

Manager of RAV, Josh McKenzie, said the 500 Series GT provided an excellent base to build the of road bus on, ensuring driveability and reliability throughout its service life.

"We identified the Hino as a good-value, reliable base for our designs compared with other products on the market," he said. "The GT drives extremely well, and the high GVM definitely works in our favour when fitting the cabin."

"There is a definite move to these vehicles for safety purposes on mine sites and in mining applications," McKenzie said. "There has been a big demand in the past six years due to the mining boom.

"If there are too many light vehicles on site, it creates a hazard," McKenzie said of the move to 'mass' transit on mining sites. "This is where a sturdy off-road bus really comes into its own."