Every year Western Star builds a show truck to help promote the brand, and Wanted was the star at last year's Mid America Truck Show - one of the biggest in the world.

Wanted was inspired by the "old West", hence building on the word "Western" from the brand's name. Building on this theme, no amount of customisation was considered over the top, and the trucks designers were given free rein to create a stunning one off. And what a job they did!

"The truck is a showpiece, pure and simple," says Western Star Trucks Australia General Manager of Marketing, Don Hanson. "Visitors to the Western Star stand had the opportunity to view a true one of a kind vehicle."
Inspired by the wild west, the Western Star 4900EX Low Max 'Wanted' is a stock truck that has been outfitted with leather saddle bags, shiny belt buckles and twin rifle barrel exhaust stacks. The Low Max model name is inspired by the Kirk Douglas character, Lomax, in the western film, The War Wagon, which co-starred John Wayne.

The truck's saddlebags were handcrafted by former rodeo performers who also manufacture $4,000 custom-made boots. These saddlebags have been used to cover the fuel tanks and are inset into the rear fenders, which were designed by Mickey to match the front fenders. The grille is also leather, attached with Chicago screws. Saddle soap ensures the leather always looks its best and is kept in tiptop condition.
"The fact that the truck is covered in leather makes it a clear standout, but it's the attention to detail and pride of craftsmanship that really strikes me," says Don. "It reflects the pride and passion that I see every day with Western Star owners and drivers, and their trucks."

To add, the 22 inch high, leather-covered front bumper is complete with a new Western Star insignia and logo that resembles a giant belt buckle. Belts with similar buckles wrap around the air cleaners, and the exhaust stacks, which have been shaped to look like rifle barrels ready to fire. An intricate pattern has been engraved into the stacks, air cleaners, wheel rims, roof edge and inlaid strips of the rear fenders.
And the colour is not just any shade of brown. It was chosen because of its resemblance to the colour of root beer and to give the truck a woody tone. Painting preparation and finish work was completed by Twin Custom Coaches, while the painting was completed by UnderGround Customs, also located in Oregon.
Light bars below the cab doors are made from aluminium bar stock, with metal ribs and bullet lights.
Following the western theme, Western Star has used anodized copper in the tread plates and in the vertical grille bars.

But despite all of the elaborate modifications, Don confirms that 'Wanted' is just a stock truck underneath it all. Everything has been bolted on and can easily be replaced with factory parts.
The truck's designers also made the decision not to touch the truck's interior, instead choosing to show off Western Star's new OEM interior which is complete with wooden cabinets and a table, dashboard, door panels and prairie tan coloured upholstery.
Most of the show trucks developed by Western Star in the past have been pre-purchased by a dealer, who takes possession after the truck has been on show. The 'Wanted' truck, however, has proved so popular that Western Star will be holding on to it for an extended period for use in shows across America and the globe.
Following its debut at ITTES, the 'Wanted Truck' will return to the USA before staring at the IAA Commercial Vehicles Fair in Hanover, Germany later in the year. While "Wanted" obviously has a lot of truck enthusiasts wanting it, the company stresses that it was built as a show truck and the Lo Max model is not available in Australia.

The premium interior soft touch trim levels offer a superior design, combined with more durable and easy to clean vinyl materials. These materials are now standard on all cab and sleeper roof panels. The new colours include Smokey Mountain Grey, Pacific Forest Green, Maple Leaf Red and Prairie Buckskin.
The new door trim has been improved to provide increased storage for the driver. The design also now includes window switches and door locks on the door. A new option for remote keyless entry enhances the improvements.

A new extra deep back wall cabinet has been added to the interior that offers increased storage for the larger sleeper configurations. 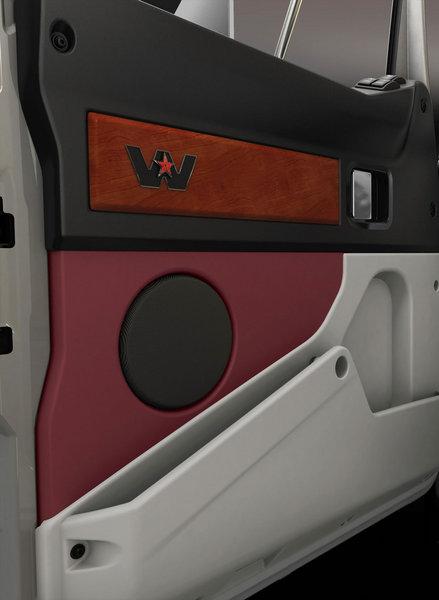 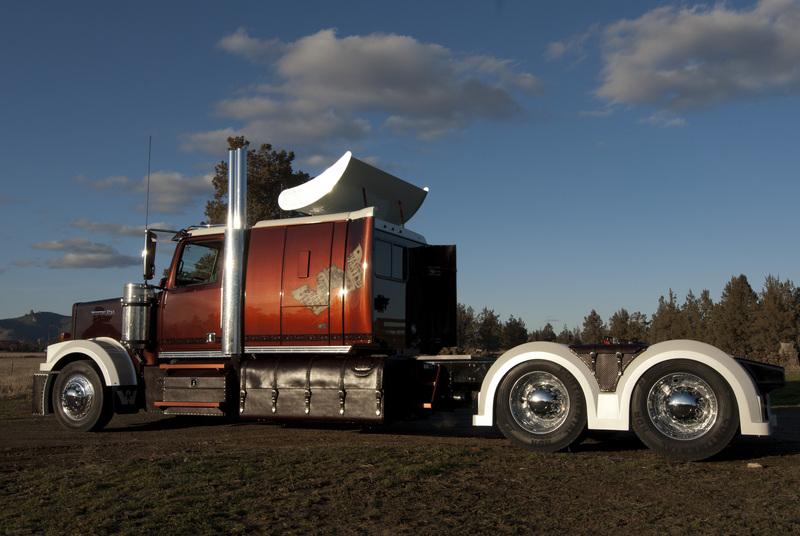 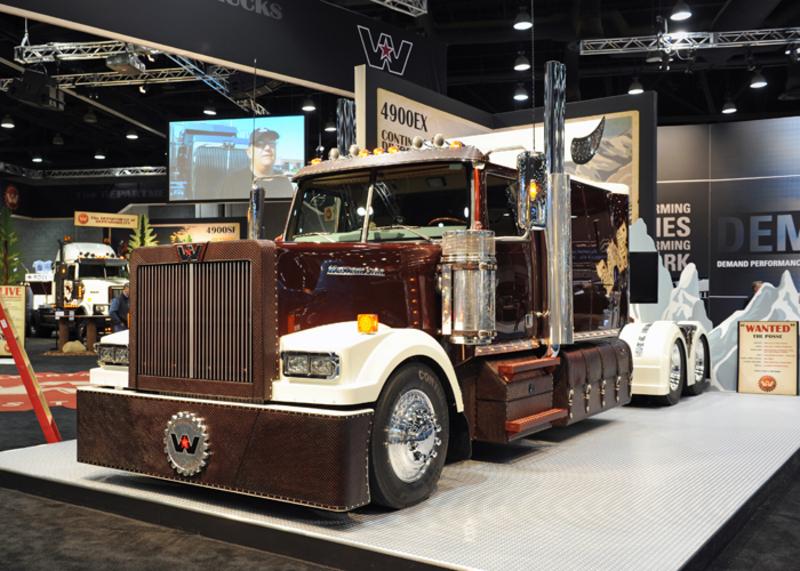 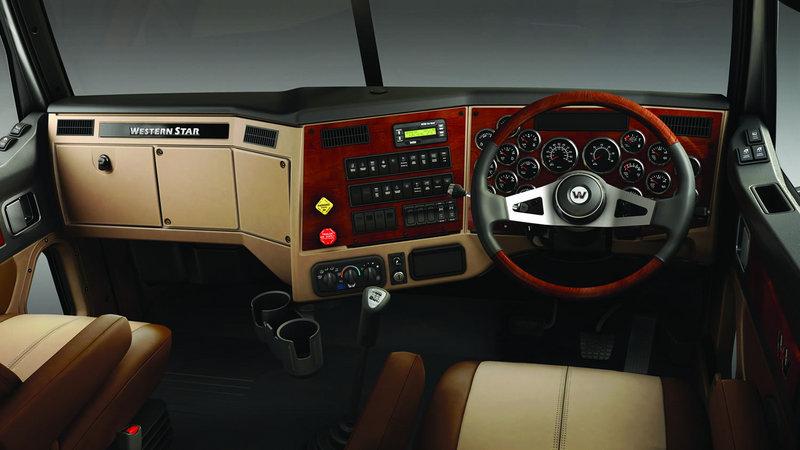