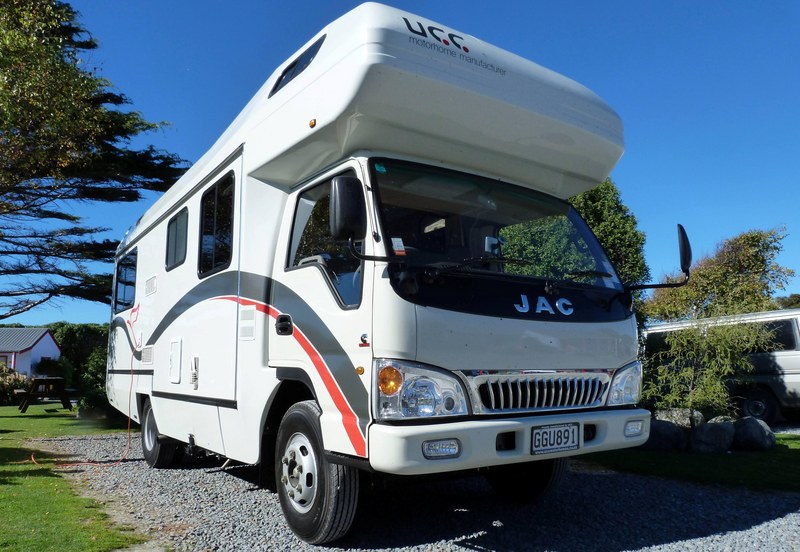 Rob Floris, managing director of UCC Motorhomes, based in Christchurch, looked at the JAC alternative following a rise of more than 50 per cent over the past four years in the base price of the Japanese chassis the company had been using.
Ahead of the local launch of Chinese-manufactured JAC truck range this August, a New Zealand motorhome builder has shown that the JAC platform can also serve as a good basis for motorhomes - for much less than comparable Japanese trucks.

Rob Floris, managing director of UCC Motorhomes, based in Christchurch, looked at the JAC alternative following a rise of more than 50 per cent over the past four years in the base price of the Japanese chassis the company had been using.

When JAC trucks arrived in New Zealand, the UCC team investigated and found that the HFC1048K with its 5999kg GVM was a perfect fit, with similar cab dimensions to the rival Japanese trucks the company had been using, while the chassis and wheelbase measured up to within a couple of millimetres. In addition, the body moulds UCC uses all fit the JAC with virtually no modification required.

While Rob Floris and his team found the Japanese trucks provided an excellent base for the UCC 'Benmore' and 'Coleridge' designs and are still a popular choice, his desire to build a motorhome at a more competitive price for both sales and rental led the company to JAC.

The lower entry cost for the JAC chassis means UCC has been able to wind the clock back, offering customers a new, top quality motorhome for around the same price it was selling them at in 2008.

"It means we can offer our Benmore model for a base price that is lower than many five or six year old used motorhomes," said Floris. "It not only makes the motorhome more cost effective for private buyers but also makes it far more competitive for rental companies," he added.

The JAC is powered by a 2.8-litre Cummins engine, which produces peak power of 110kW and peak torque of 360Nm, and to meet Euro 5 emissions compliance, the JAC uses an SCR system and it is mated to a five-speed ZF ecolite 5S400 transmission. Australian models will have an automatic variant available as an option.

JAC Trucks are due to be launched on the Australian market during August. 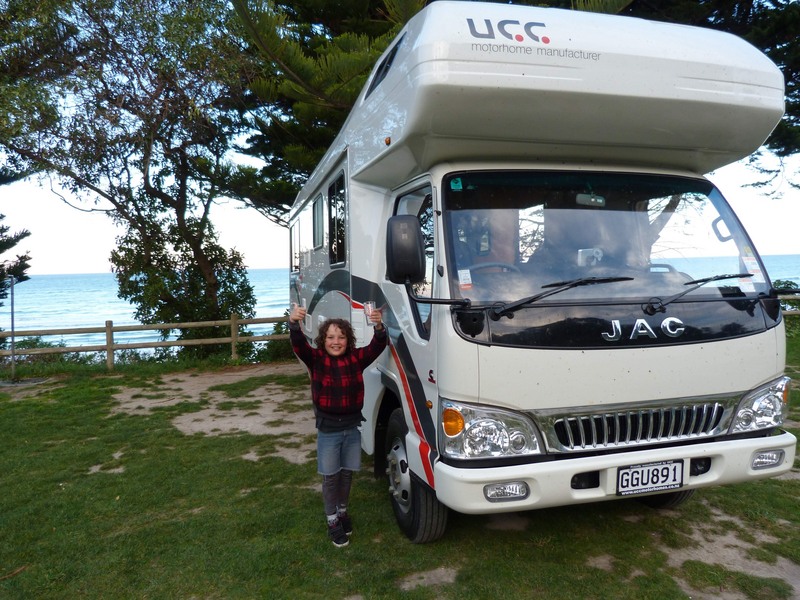